Can't seem to stop photographing them every time I see them. 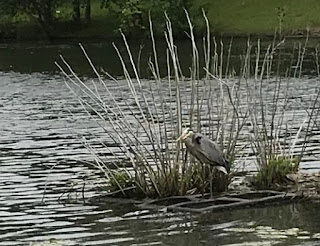 Blooms in the yard 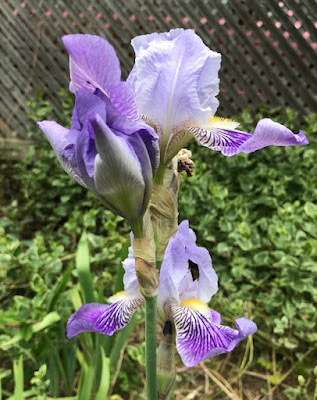 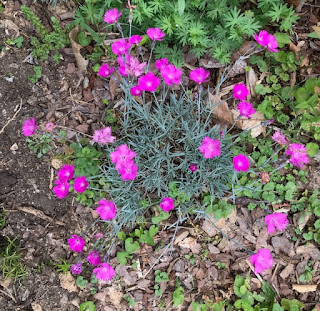 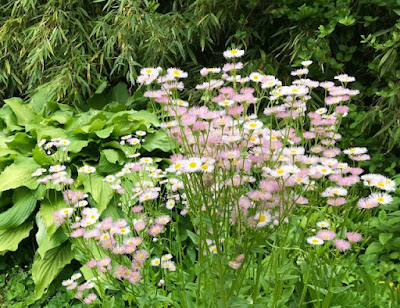 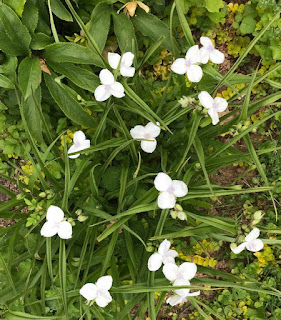 Blooms in the park 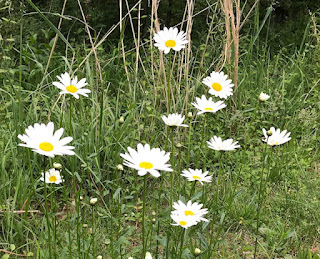 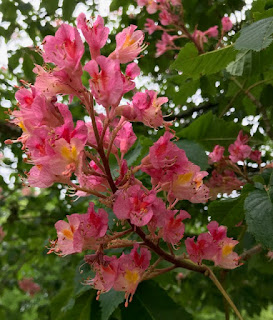 Pam has been working on a crochet project in which the color of each row corresponds to either the high or the low temperature of the day. There are two blankets, one for high temperatures and one for the low, and she selected a different color for each interval of eight degrees of temperature: 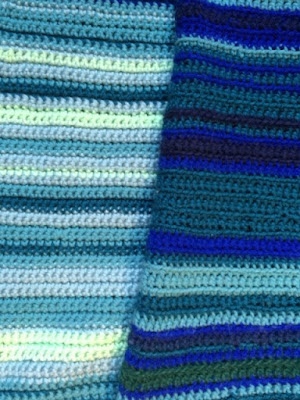 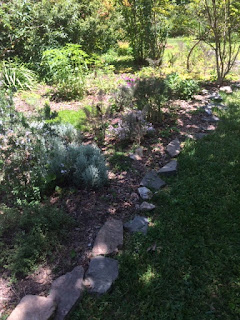 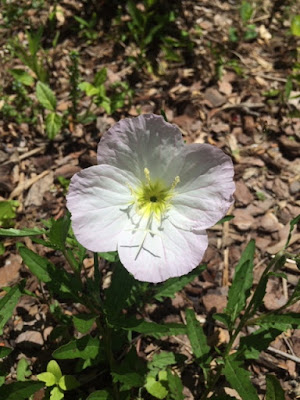 Posted by DJones at 2:23 PM No comments: 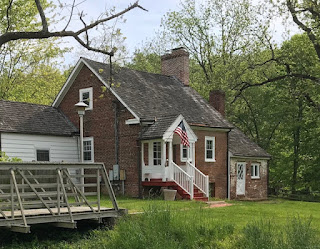 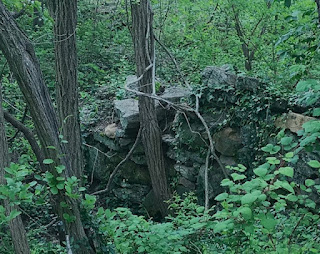 Posted by DJones at 2:12 PM No comments:

A vacant building with family memories

Over the past few years I must have passed this structure hundreds of times without giving it a thought. On a walk with my friend Kurt a few weeks ago, he spotting it and recognized it as the bathhouse for a public pool that once was there. 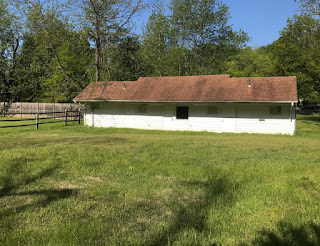 The foreground of the photo is where the actual pool stood, and I was shocked to realize how small it had been, smaller than many backyard pools. Maybe it was the small size that made people frequent the larger county pools because there never seemed to be much of a crowd when we brought our family there. I remember having fun in that little pool on summer's days though and was disappointed when the county closed it.

The archeological activity that not long ago took place associated with the mills on Paint Branch makes me wonder if a future archeologist might discover buried remains of that pool.
Posted by DJones at 1:26 PM No comments: 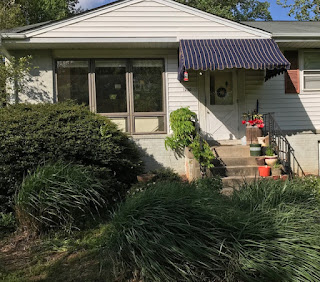 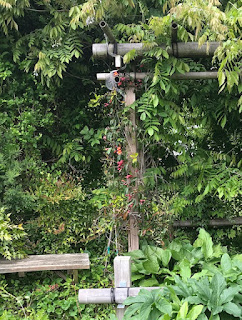 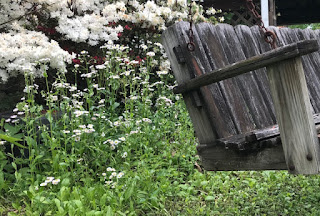 The pond on Saturday

Although much of the mid-day was taken up by a zoom internet reunion of high school friends, I got out for my usual morning walk and again in the afternoon. I think it must have been during the afternoon walk that I took this picture of the pond. It was windy that day. 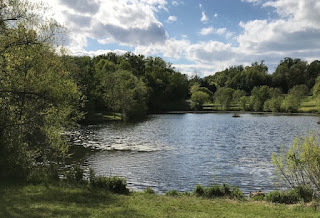 A few weeks ago when I posted of mills that once operating along Paint Branch, I was vaguely aware that there must have been a Valley Mill because that is the name of a section of the park. Along the trail that runs by the stream, there were makers for two mills, Snowden and Edmonton, but nothing else. Recently, however, in a part of the park a short distance from the trail, I found a two markers for Valley Mill, the last mill to operate along the stream. 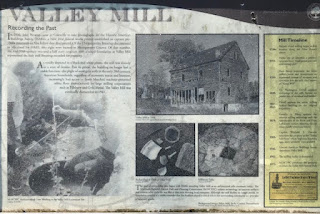 The photo on the upper right of the marker was taken in the 1930's, a few years after the mill closed down, and shortly before the structure was torn down. 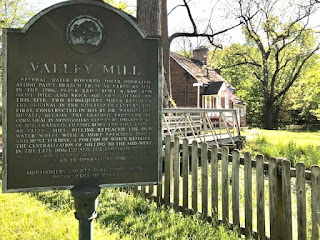 The second maker explains how the mill was constructed in 1879 although these local mills were already in the process of being driven out of business by the large, consolidated mills in the Midwest.

The markers make references to a brick house built in 1793 that was associated with the mills that operated along Paint Branch. Unfortunately, they aren't specific as to whether the house to the right of the above marker is that house.
Posted by DJones at 7:11 PM No comments:

Yesterday at the pond 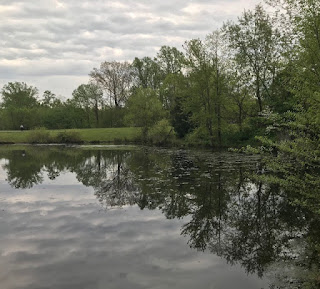 This one's from about a week ago: 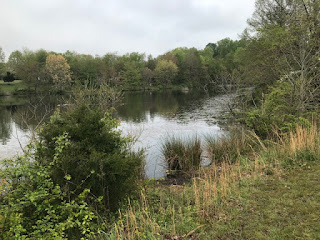 Posted by DJones at 4:49 PM No comments: