Typical day. Weather was pretty much perfect all week. 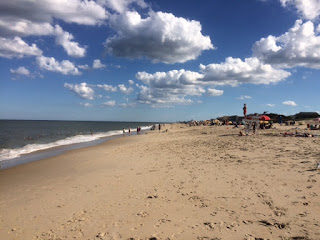 Sean, Rebecca, and Pam. All great company for the week. 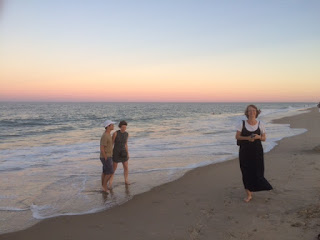 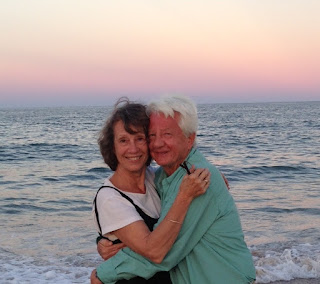 Moon rise over the Atlantic. 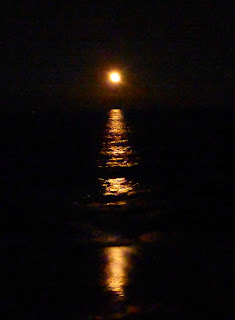 Posted by DJones at 3:56 PM No comments: 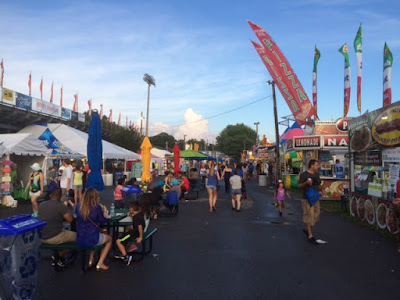 Volunteered to work the Izaak Walton League's booth this year at the annual Montgomery County Fair in Gaithersburg.

The joy of rock and roll

Last Saturday Pam and I went to hear live music in Gaithersburg where a band headed by a friend was playing. The band, 2nd Sole, is a classic bar band that plays covers of tunes by the Rolling Stones, Steely Dan, Van Morrison, and many others. The turn-out was good and the crowd enthusiastic. Generally speaking, women like to dance more than men which is why they often dance with each other, but Pam and I are the exception because I like dancing more than she does. She's a good sport, however, so she and I danced to a few songs, both slow ones and fast ones.

When we sat out numbers, I enjoyed watching other people who varied in age from  the 20's and 30's to those in our bracket and everything in between. Many danced and others who didn't kept time to the rhythms of the music with their hands or feet as they stood or sat. Many were heavy or otherwise not classically good-looking, but despite what you see on TV commercials it's not just the beautiful people who have a good time. You could see the good times in peoples' smiles.

It was during a Bruce Springsteen song "Pink Cadillac", a party song more about sex than cars, that the thought occurred to me of the joy that rock music brings to people. This joy has proved to be enduring and spans generations because many of the songs go back before the births of some of the men and women enjoying the band that night. The history of rock and roll now goes back about sixty years, and based what I hear and see it will continue for many more. It's a great gift America has given to the rest of the world.
Posted by DJones at 1:34 PM 1 comment: 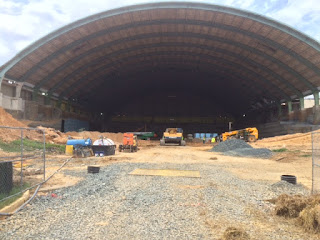 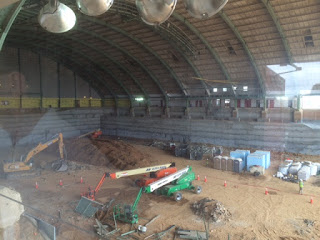 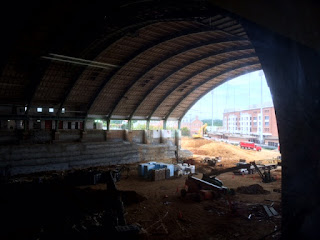 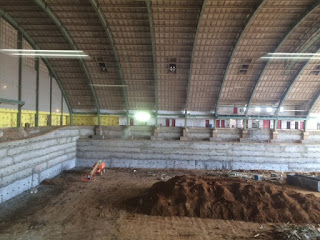 My favorite fishing, using my kayak to get to my favorite wading spots for smallmouth bass in the Upper Potomac River is, unfortunately, physically demanding, and I wonder how long I'll continue to be able to do it. I try to listen to my body, and for a few days following my last such trip a week ago my body seems to be saying to ease up. That day I fished for less than two hours while ten or even five years ago I would have kept going for five or six hours at least. Even so, the following days I tired easily, and a soreness in my neck that probably resulted from loading or unloading the kayak from the car is just now going away.

Fortunately, my mind and spirit from that fishing day are healthy. After each such trip I check over the rod and reel and clean the fly line, and these chores seem to prolong the experience. Since then, my mind occasionally wanders back to recalling the feel of the river current on my legs as I cast and the sensation of the tugs of the fish on my line. It was a good day fishing, and these memories will remain stored in my memory to be recalled on a cold winter day or a time when I'm physically unable to make such a trip.
Posted by DJones at 2:14 PM No comments:

Our yard in High Summer 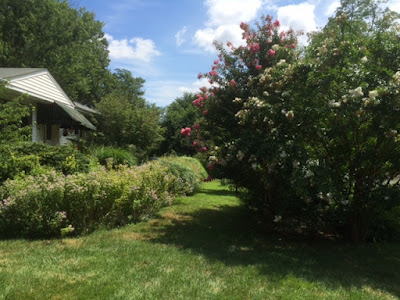 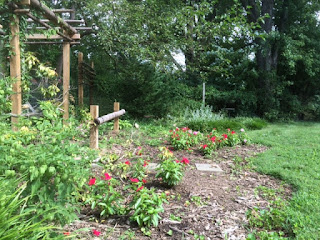 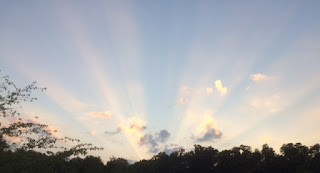 Posted by DJones at 8:52 PM No comments: