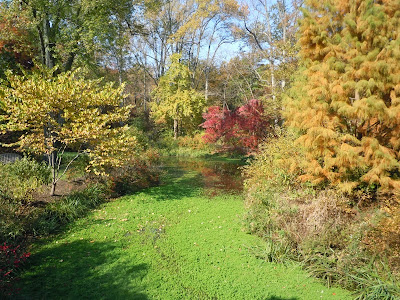 There was construction in much of Brookside Gardens today, but the other sections of the park looked just fine. 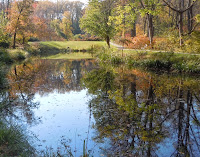 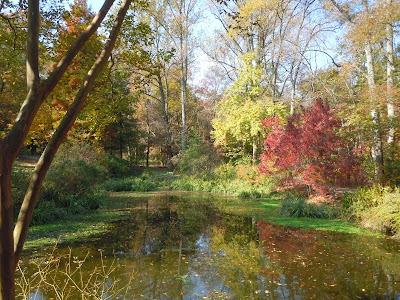 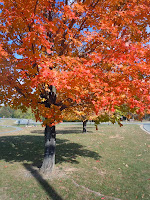 I think I photographed the same scenes in MLK park a previous autumn. 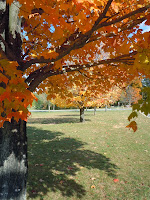 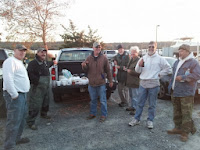 Missed the fishing this year but not the food and drink afterwards.  For the third consecutive year, Tom, second from the right, caught the biggest fish thus retaining the coveted trophy.
Posted by DJones at 3:07 PM No comments:

Back to the beach

Spent the weekend with friends Margaret and George.  Not much activity this time of year in downtown Bethany Beach even on a Saturday night. 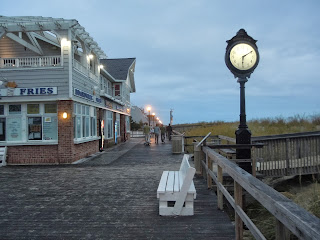 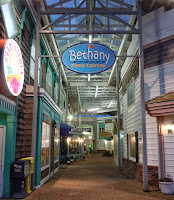 In the rain we drove down to Bishopsville, Maryland, near Ocean City for an excellent dinner.  Sunday was a beautiful day to walk on the beach. 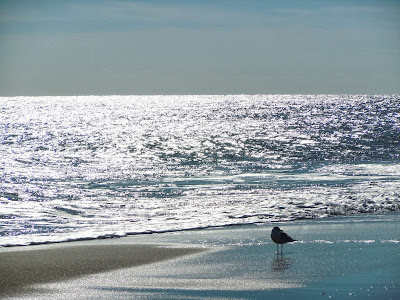 Posted by DJones at 1:49 PM No comments:

Fishing with Capt. Dave on Saturday

It was my fourth trip down to Dave's house on the Rivah and, as usual, I had a good time. He was serving as mate on Capt. Billy's "Liquid Assets" so there were seven of us fishing, and for six hours I don't think there was a time when someone didn't have a fish on his line. They were mostly blues but there were rockfish too. Although there were small craft warnings for the Chesapeake that day, the boat weathered the conditions well.

Three of the other anglers I hadn't fished with before, but like Dave's other friends they were easy to get along with. Two of them were UVA sports fans, and since Maryland and Virginia were playing that day there was the usual good natured trash-talking aimed at me. I listened to the end of the game on the radio while driving home.

Sunday I smoked the bluefish: 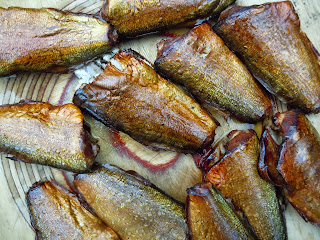 Posted by DJones at 7:43 PM No comments:

Back to Upper Monocacy

Had a good day on my second trip to the stretch of river east of Thurmont.  Caught some small bass and large fallfish (one of them was probably the largest I've ever caught) and many bream.  Hooked a very large smallmouth bass who threw the hook on his third jump.  I frequently laugh aloud when a fish jumps, and I did so each time for this one.  He was only about eight feet away when he got free, so it was almost as if I landed him.  Used a B&B fly for all these.  Switched to a bullet-head darter and hooked another smallie who jumped once and then got off.  Put on a bead head marabou streamer and got more bream and fallfish.

I'm taking a course in the English department which is described as rehearsed table reads of British plays.  After the rehearsals, the plays are publically performed on stage pretty much like a standard play except the actors can read from their scripts.  They aren't expected to memorize their lines, and sets and props are minimal.

I've never acted in my life, but I took on a role in a 2007 play by Nicholas Wright titled The Reporter which we put on yesterday.  Mine wasn't a starring role, but it was significant- I played the reporter's boss, a BCC executive.  The action is in the 1960's, and since men's clothing doesn't change very much my costume was business wear from my closet.

Pam was in the audience and said she enjoyed it.
Posted by DJones at 3:52 PM No comments: