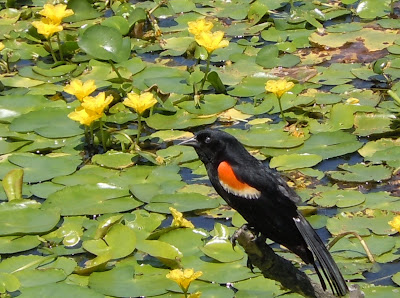 Caught a few bluegills on a foam spider during yesterday's brief trip which took a little of the sting out of today. Normally Nolands Ferry on the upper Potomac fishes very well for me this time of year but not today. Only managed one undersized smallmouth for the day. Hooked another one but lost it. Tried many flies, but Joe Bruce's B Damsel was the only one that produced at all. Water level was 2.01 at Point of Rocks and 3.32 at Little Falls which is high for this time of year. We haven't had much rain lately, but they must be getting some in the upper part of the watershed. Water clarity was slightly muddy, and grasses not yet in evidence.
Posted by DJones at 5:05 PM No comments: 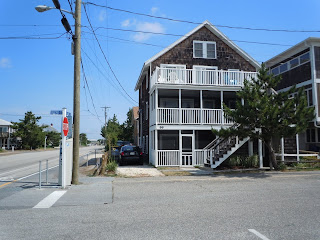 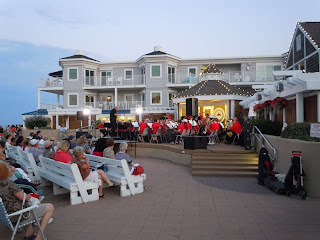 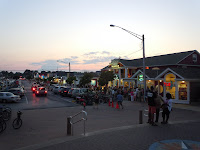 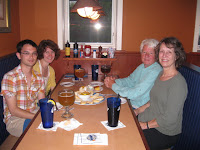 Father's Day dinner at Bethany Blues. That's Sean with Becka. Greg wasn't there at that time. 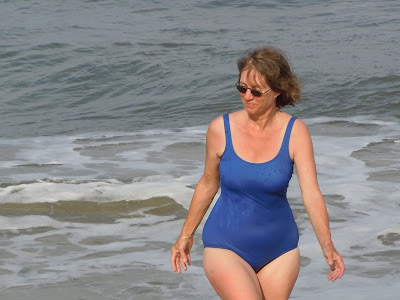 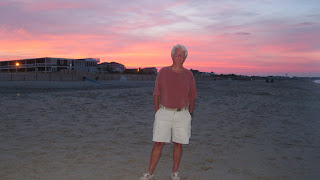 Taking advantage of the beautiful weather, Pam and I went canoeing again yesterday at Rocky Gorge. While she read, I paddled around with one eye on my portable depth finder in hopes of learning something that will be helpful the next time I fish there. That section of the lake drops off quickly so that many spots close to shore are 20-30 feet deep. Marked a lot of fish suspended 4-5 feet down.

Just returned from an hour fishing the pond and hooked two bass and a good sized bluegill, all very close to shore. The second bass jumped and threw the hook. Like always, I laughed with joy when the fish jumped. I was using a black spun deer hair surface fly.
Posted by DJones at 12:05 PM No comments: 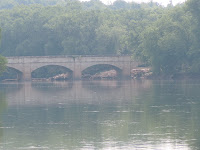 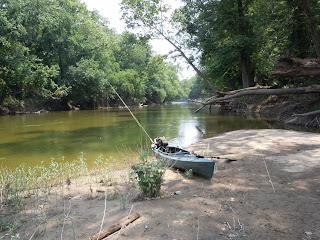 Water level was 2.37 at Point of Rocks and 3.54 at Little Falls which is higher than I'm used to in the area generally because my first trip was sooner than most years.
Posted by DJones at 4:55 PM No comments:

Early afternoon at the pond 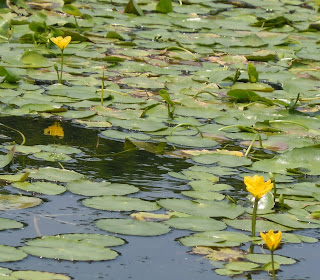 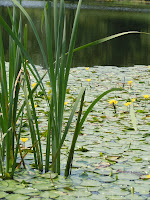 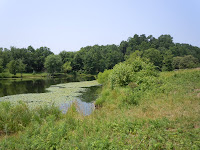 Got out three times last week when the temperatures well into the 90's, but none of the trips were very productive. One trip was to the nearby pond and caught a few bluegills on a B & B fly. Then I tried Morgan Run for trout but caught nothing, maybe because a large number of young people were there swimming and sun bathing. Then I went out in the canoe to Rocky Gorge hoping for bass but only managed a couple of bluegills. I think that was the first time I was out in the canoe by myself.

I didn't fish on the short trip to the mountains but tried the pond when we returned home. The weather cooled off and I got a couple of bass and and some bluegills also on the B & B. Now it's very hot again.
Posted by DJones at 12:47 PM No comments:

A couple of more days in the mountains... 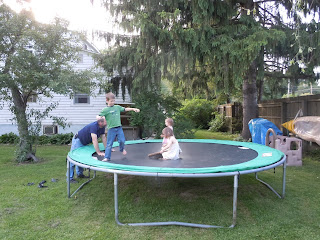 ...of Maryland and West Virginia.


In Gormania, West Virginia, sister-in-law's husband supervises their grandchildren on the trampoline. 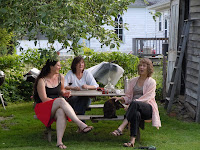 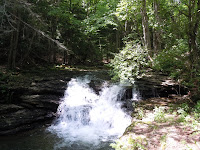 Waterfall on Laurel Run in Maryland. The pool is also a local swimming hole, and native brook trout can be found in the more secluded sections of the stream.


Pam relaxes along the stream. 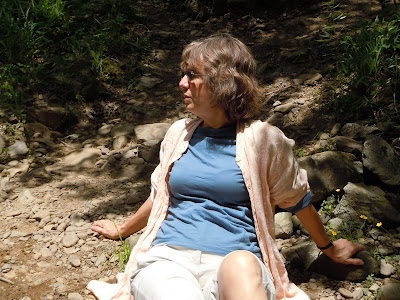 Posted by DJones at 8:14 PM No comments: