The Addy Sea Bed and Breakfast 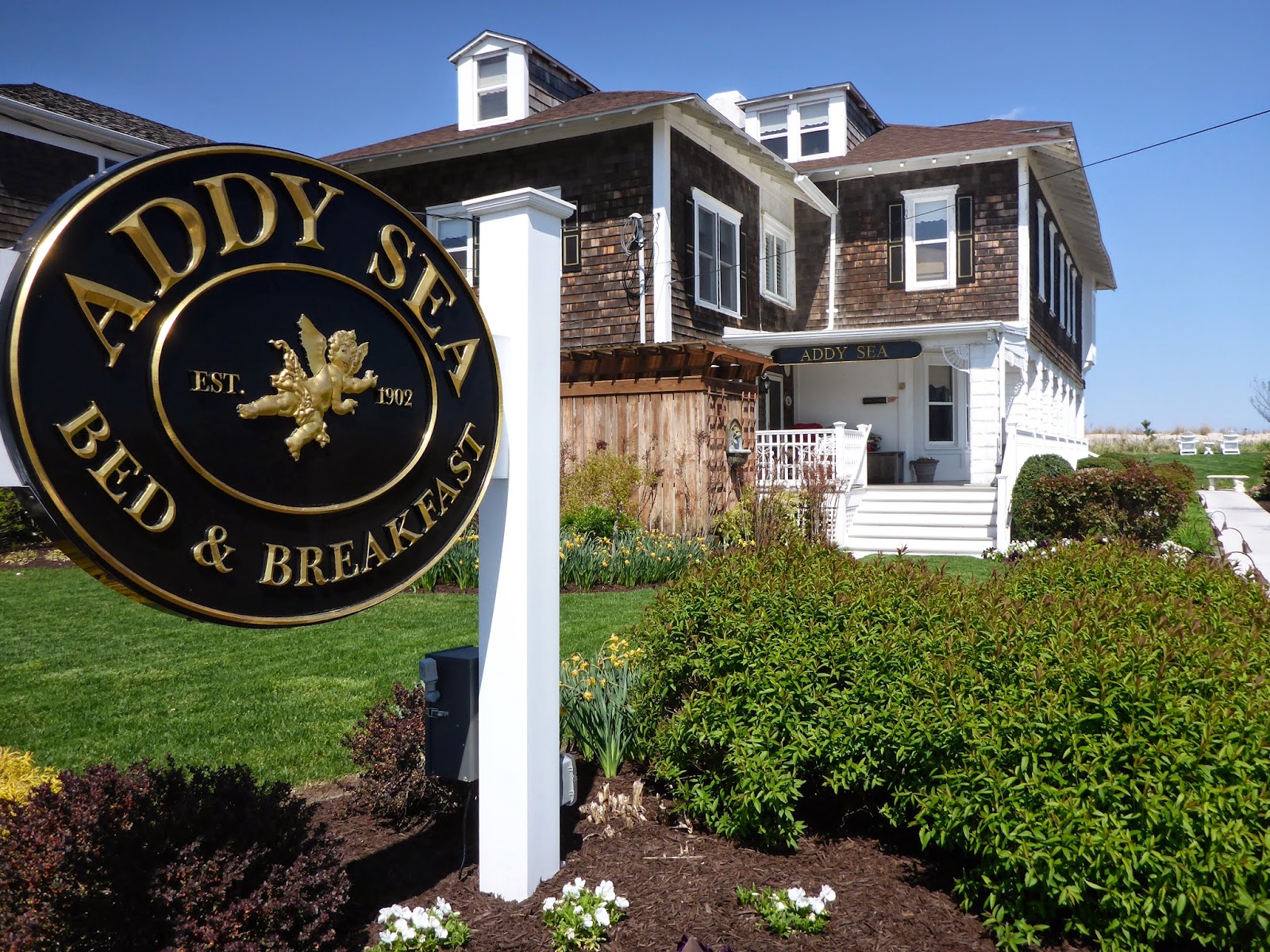 For 28 years we have been coming to Bethany Beach, and we've been aware of this landmark establishment since our first visit.  This past weekend, we finally stayed there. 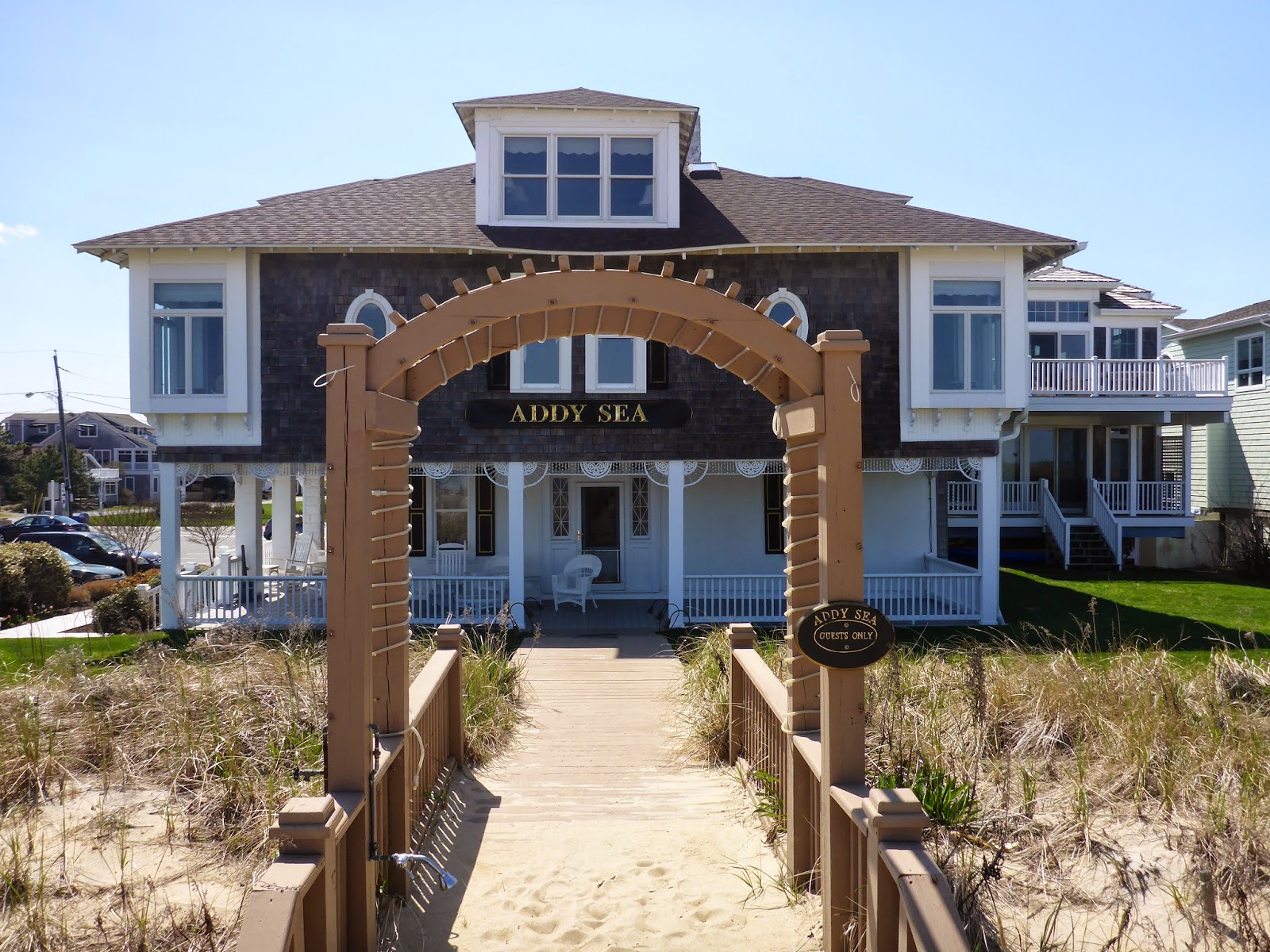 Construction on the house began in 1898, and was completed three years later.  In 1935, the Addy Family converted it from their private beach house to a guest house.  The above picture shows the walkway from the house to the beach while below shows the access from the public parking lot just south of the Addy Sea. 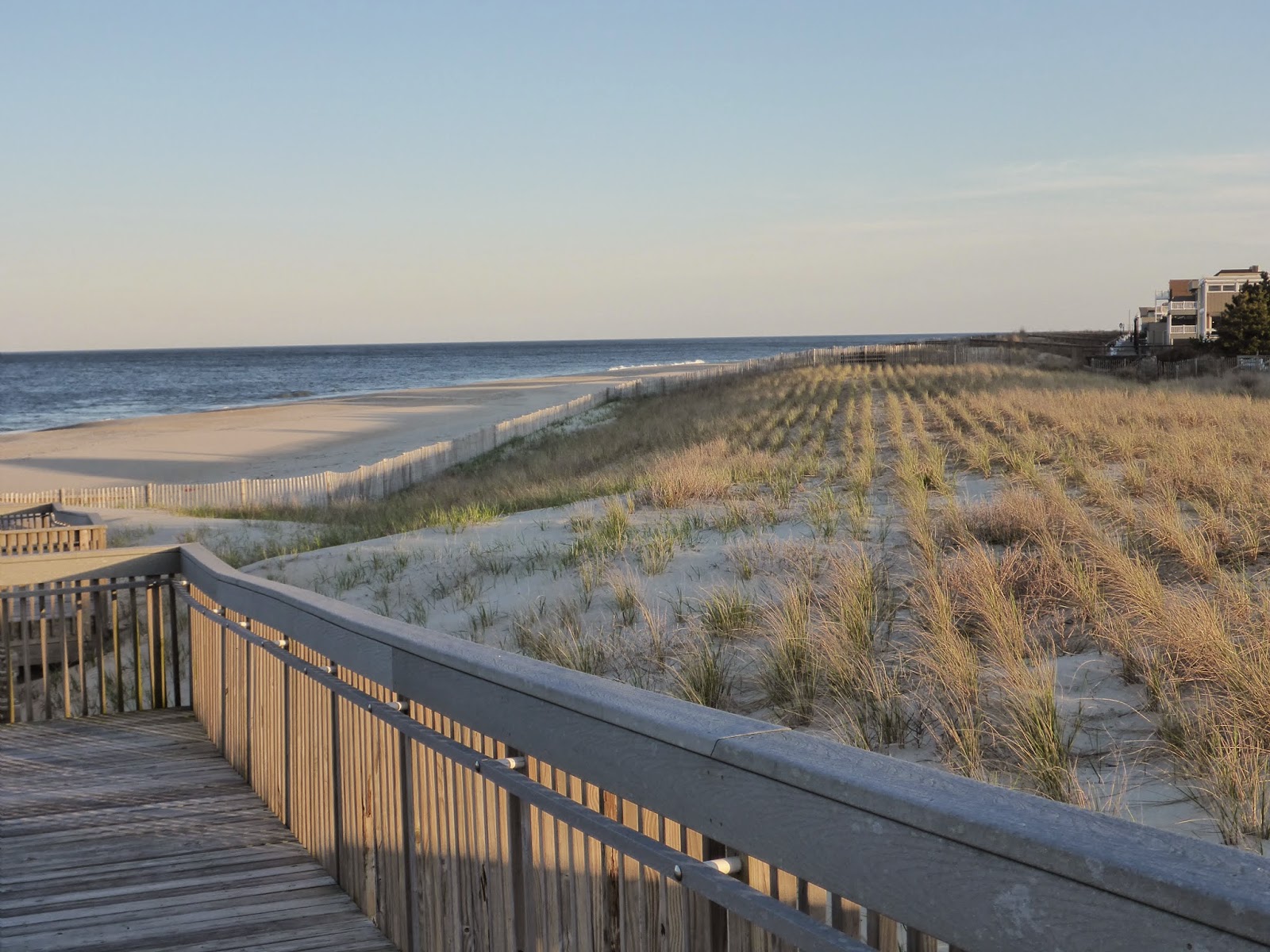 Although the temperatures never rose even as warm as 60 degrees, we still managed some reading on the beach... 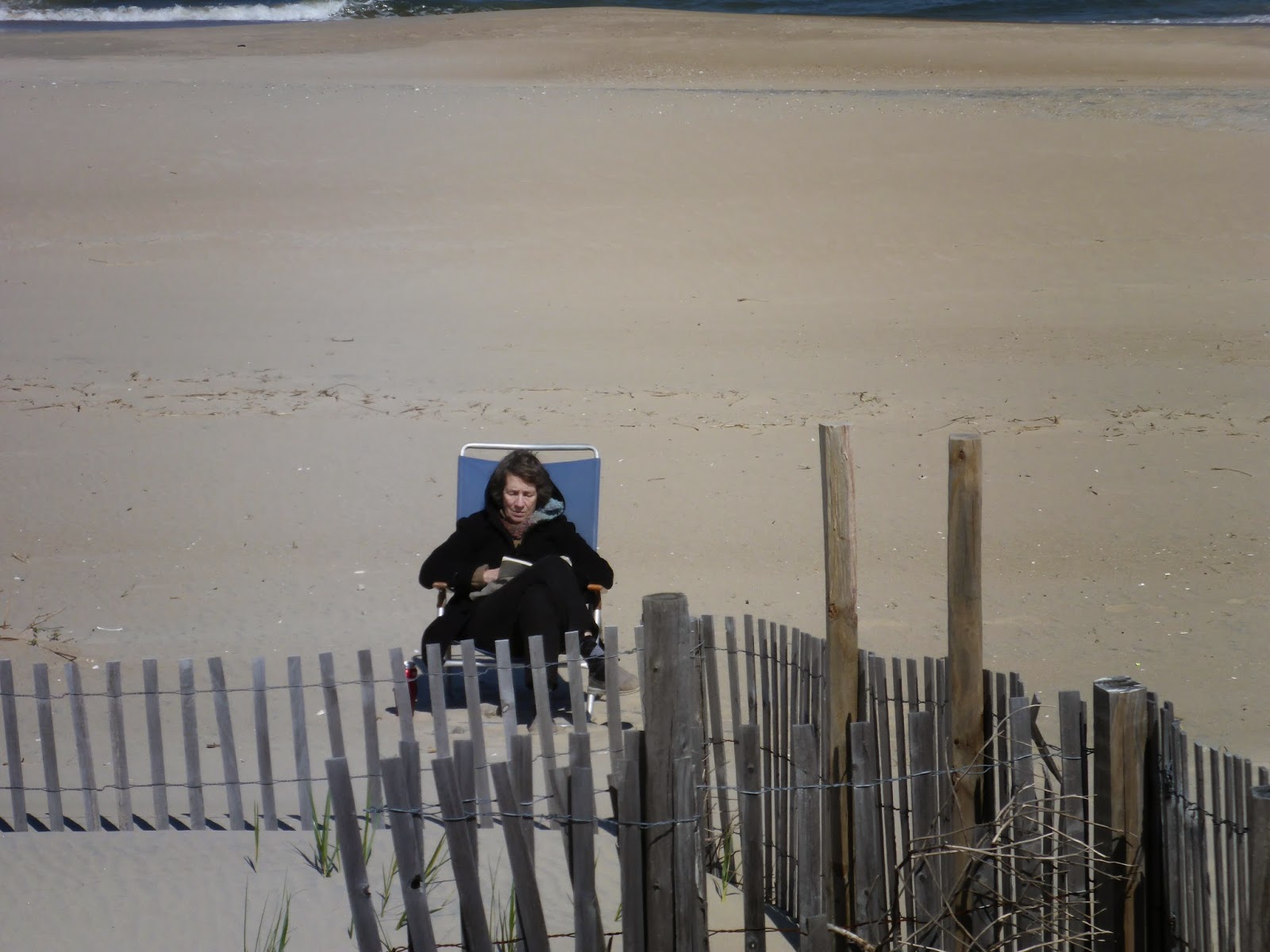 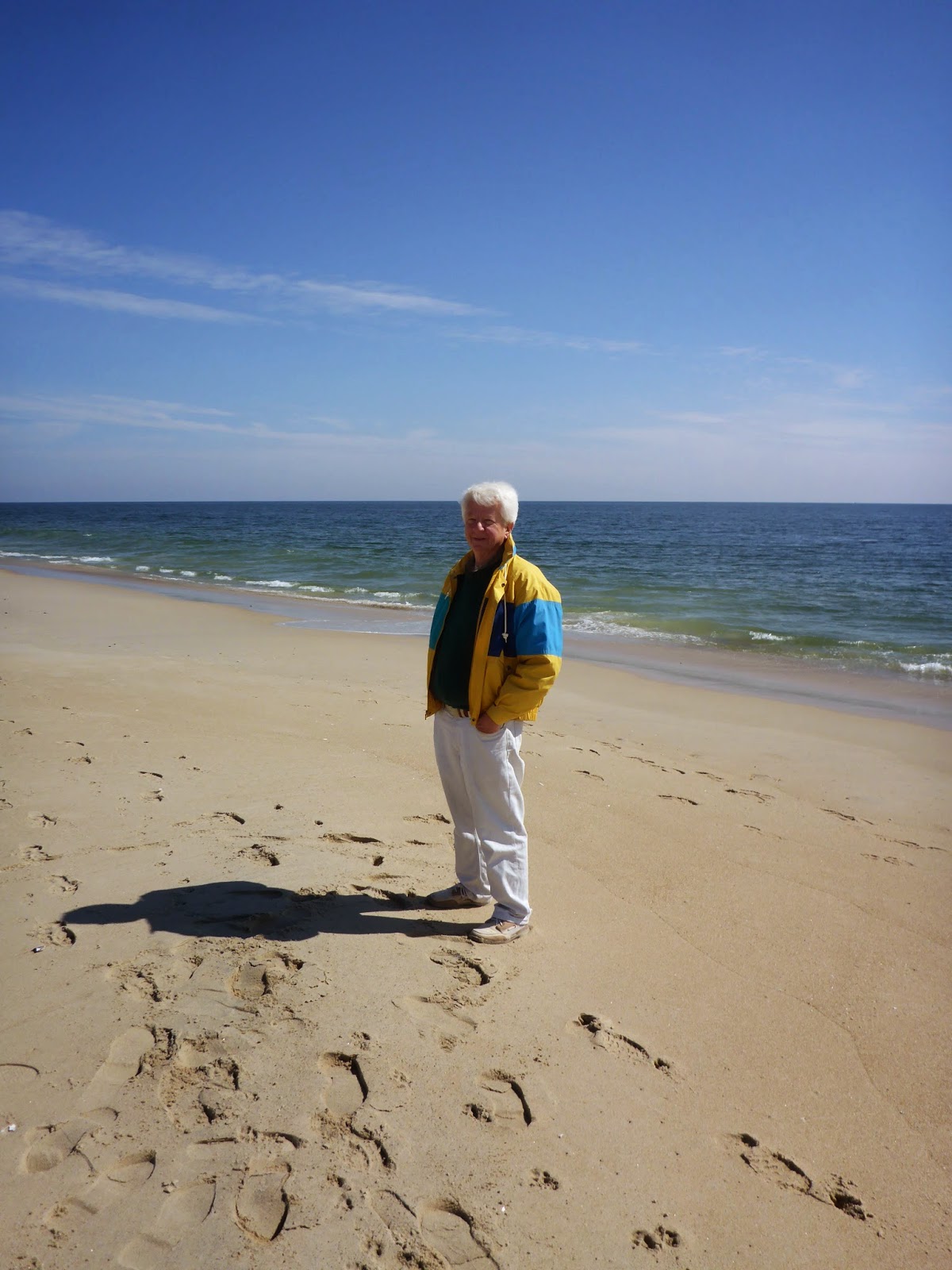 It may have only been our first visit, but it won't be our last. 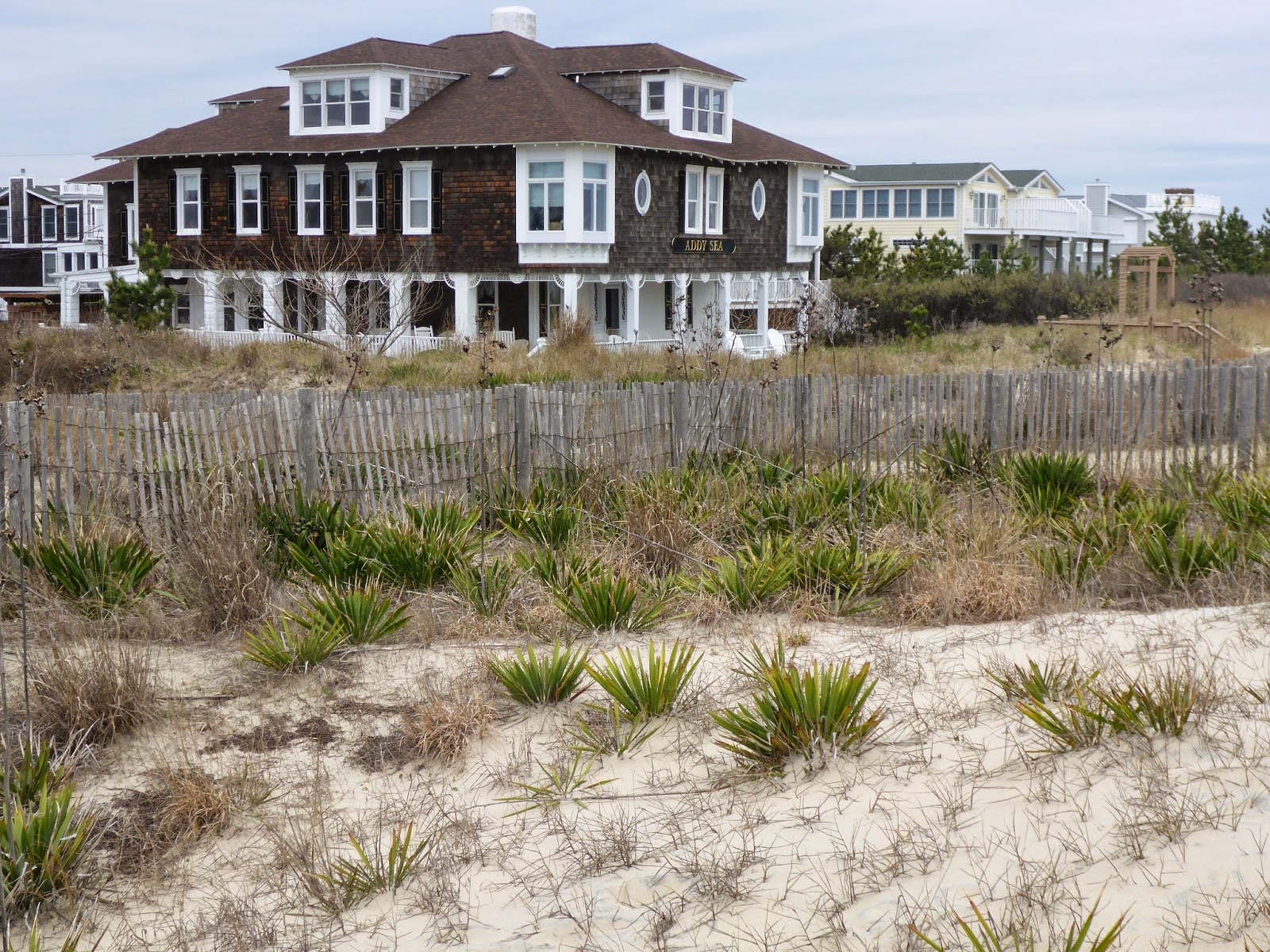 Posted by DJones at 9:45 AM No comments:

A few nights ago I had a vivid dream that has been staying with me.  The location was very specific:  I was driving South on U.S. Route 1 in Beltsville.  Looking to the East across an open field, I could see the very dark clouds of a rapidly approaching storm.  As my surrounding darkened, traffic slowed down, and the car in front of me stopped, partially blocking the passing lane.  The driver was out standing next to his car, and as I carefully edged around it he hit my car with his hand, not an angry blow but more like a pat of encouragement.  Then everything went black.

I think the dream was about death.
Posted by DJones at 9:40 AM No comments:

For about 24 hours recently, I thought I'd lost my pocket knife. There are certain things in life that it's best not to get too attached to because you're eventually going to lose them- pens, and socks for sure, and also pocket knives. Because of this realism and because I don't feel right without one, for years I've kept a back-up in the top drawer of my dresser. I had the back-up in my pocket for a day until my wife Pam found the lost one.

The choice of which particular knife receives the honor of becoming your pocket knife is, of course, highly individualized. My choice is a Swiss Army model Spartan which has six blades as well as the traditional toothpick and tweezers. I use all the blades, especially the two screw drivers which seem to be well-chosen because they handle so many household chores. I don't want one of those huge Swiss Army models; mine fits so well in my pocket I never am conscious of it until I need it.

The last 10 years or so I worked I had to stop carrying it because company policy viewed a knife as a weapon and forbade the practice. Twice it caused me some inconvenience; once when my son Greg was 14 and I took him to a Metallica concert. The pocket knife showed on the metal detector, and I was refused entrance as long as I had it.  I thought it was kind of ironic that among all those burly biker-types this mild-mannered father could be perceived as dangerous, but I had to go back to the car to stash it. The same thing happened in Annapolis when I showed up at a recreational fishing hearing about yellow perch. There was a number of fishermen out there at the same time hiding their knives among the shrubbery outside the state government building.

I haven't permanently lost a pocket knife in some time, but I feel certain my good luck streak will end sooner or later.
Posted by DJones at 6:18 PM No comments:

April means the hickory and American shad are on their spawning run up the rivers of the Mid-Atlantic area.  Fletchers Boathouse on the Potomac is a pleasant place to be for fishermen to catch these fish which fight hard when hooked and often leap. 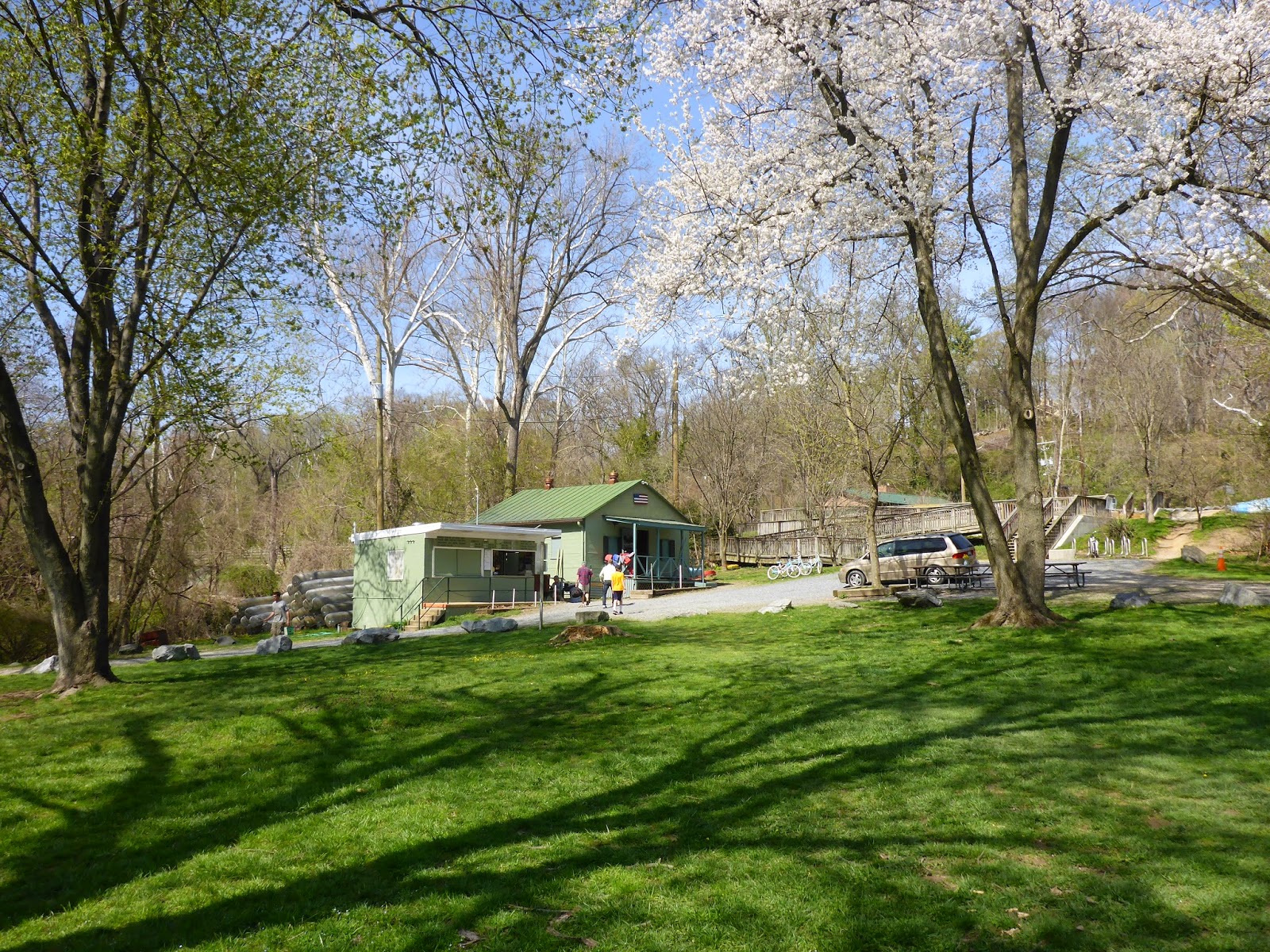 Today, the action wasn't frantic the way it sometimes is when the run is at its height, but I caught a few on both the spinning rod and the fly rod.
Posted by DJones at 8:45 PM No comments:

The green is coming in... 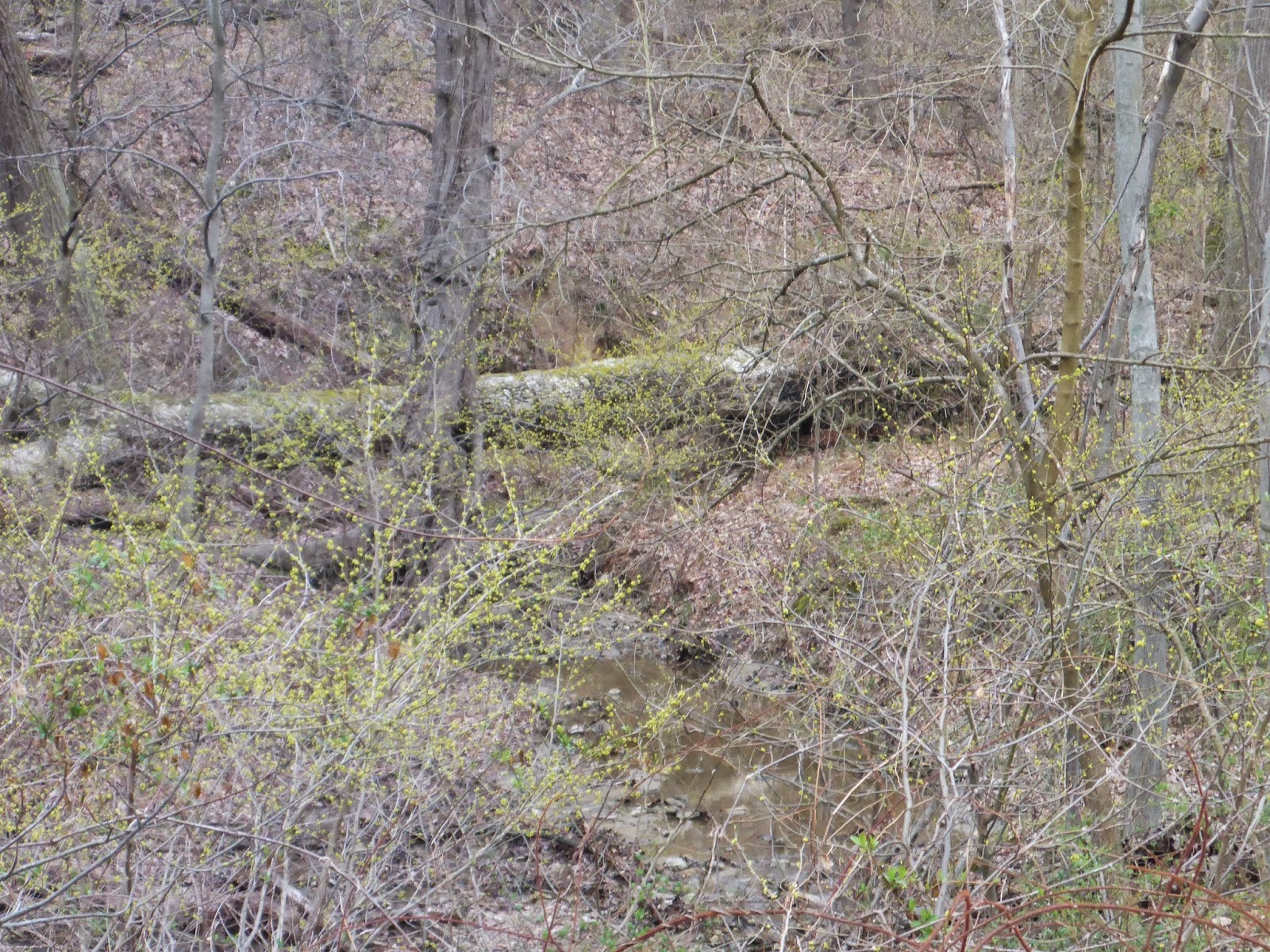 As April passes, you see progressively more green as you look into the woods.  In a predominantly deciduous forest, the green comes in faintly and scattered at first, and the color deepens as the weather warms.  By summer, this scene will be a mass jungle of green of various shades melding into each other so that it becomes to difficult to determine which foliage belongs to which trunk.
Posted by DJones at 8:07 PM No comments: