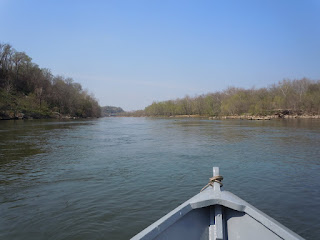 The annual spawning run of this salt water fish up into the rivers is early this year, so yesterday I rented a boat from Fletcher's and fished from about 11:30 to 3:30. At any given time there were about 6- 8 other boats of various types out, but the fishing was generally slow. Nevertheless, I did manage six hickory shad, all caught within about a twenty minute window on either side of 2:00 pm. I fished with both spinning and fly gear, but most of the action came while I had the spinning rod in my hand.

I believe that shad migrate in waves, and another wave may have been beginning as I was leaving because soon after I hooked and immediately lost one I saw two other anglers hook up as I was breaking down my tackle.

The picture above is looking upriver towards Key Bridge, and the shoreline to the right is about where I took the picture below last weekend. I love those old wooden row boats that Fletcher's rents and included the bow in the image. Water level was 3.9 at Little Falls.
Posted by DJones at 9:33 AM No comments:

The woods along the Potomac

Up from Fletcher's Boathouse: 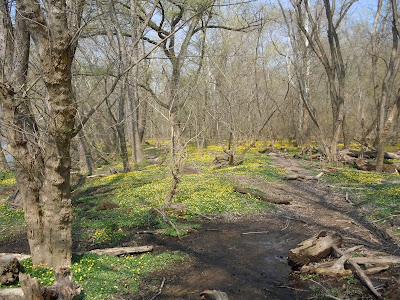 Not what most people picture when Washington, DC is mentioned. 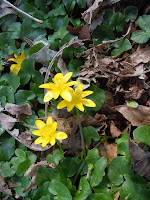 Pam says the yellow flower carpeting the woods is lesser celandine:
Posted by DJones at 5:44 PM No comments:

Back to the Little Patuxent

Got three rainbow trout today, more or less the same size as Wednesday.

The hike-in trail is well above the stream and switchbacks down to it.


The first two trout also came on the olive marabou streamer I used two days ago, as did a six inch fallfish. This time, however, when I found a fish rising to surface flies I nailed it with this dry stonefly pattern I probably tied a couple of years ago. 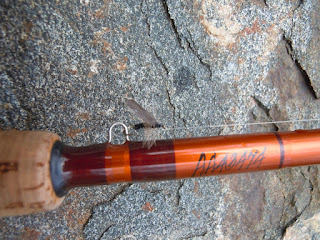 Posted by DJones at 7:26 PM No comments:

phe·nol·o·gy (f-nl-j)
n.
1. The scientific study of periodic biological phenomena, such as flowering, breeding, and migration, in relation to climatic conditions.
2. The relationship between a periodic biological phenomenon and climatic conditions.
Although I don't know much about it, this subject often comes to mind this time of year. I'm probably thinking about phenology more this year because the weather's been unusually mild, and I wonder to the extent that normal spring patterns will occur earlier. This year we have noted the early blooming of the daffodils, and to me the woods look more characteristic of April than March.

Some folk sayings reflect a noted relationship between plants blooming and fish migration: "When the shadbush blooms, the shad will be in the rivers." Sometimes you hear that one as dogwood, but I think it's really shadbush, a different plant, and common names attached to different species sometimes cause confusion, I believe.

I've got a book titled Trout Flies and Flowers which consists mostly of pictures of flowering plants such as forsythia and violets and lists insect hatches of interest to trout fishermen that occur at the same time. The sulphur hatch and dogwoods, for example. The book leaves space for the reader to make his own notes for when these happen in his area. One of these years I'll try to do that.
Posted by DJones at 11:43 AM No comments:

Rainbow trout on the Little Patuxent

Caught two this afternoon, each about a foot long. Got them on an olive marabou streamer. There were lots of insects hatching in the near 80 degree weather- stoneflies, caddis, and midges, and I was surprised I wasn't seeing any rising fish. Then, shortly before leaving, I spotted some rises but couldn't fool them with the dry flies I tried.

Been a while since I fished that stream, and I had forgotten what pretty water it is in the stretch just before the confluence with the Middle Patuxent
Posted by DJones at 8:39 PM No comments: 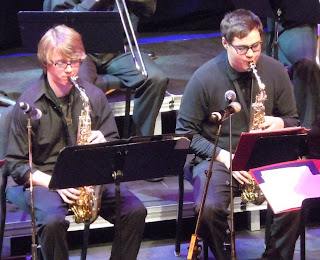 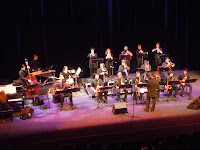 Director Chris Vidala is a nice guy who puts on a fine show. 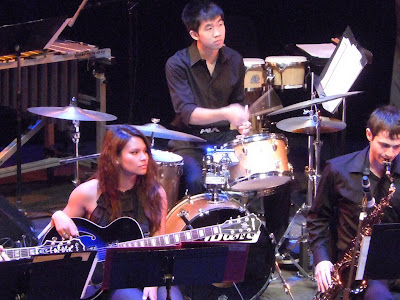 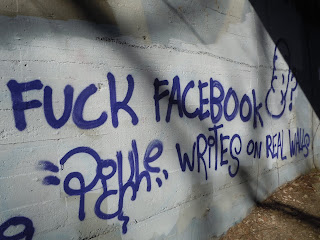 The games are always colorful and entertaining, and this afternoon's was the last of the regular season. 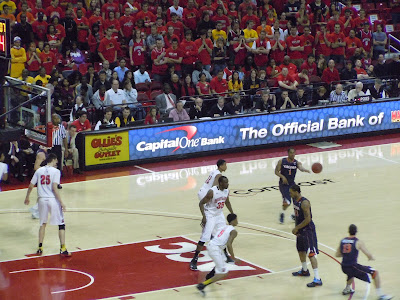 Athletic events are like circuses. When there's a time-out the cheerleaders and gymnasts come on court so that there's no let-up in action. 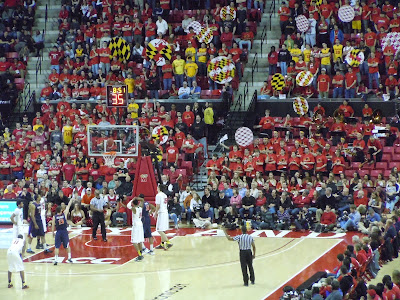 Although we lost in overtime, the mascot always keeps the fans' spirits up.
Posted by DJones at 5:25 PM No comments: