Like last year, the first part of summer has been wet and river levels correspondingly high.  Nevertheless, although the upper Potomac has been low enough to wade my favorite spots for a week or so, I hadn't gotten up there until today when I drove to Nolands Ferry.

It was good to be catching large bluegills in the morning because I hadn't seen any that big for a while in those waters.  They put quite a bend in the seven weight fly rod, and I would have been satisfied with that although I was really looking for smallmouths.  When eating lunch on a gravel bar, I noticed some surface activity and paddled a little further upriver where I put on a surface slider which had not been effective earlier.

Bingo, I got a hit and when it immediately jumped I knew it was a smallmouth.  It turned out to be a typical Potomac bass, about foot long and healthy-looking and feisty.   While floating back to the ramp I spotted some larger ones which I'll remember for the next visit.  Water level was 1.5 at Point of Rocks.

My updated list of species caught this year is as follows:

Posted by DJones at 6:26 PM No comments:

My view from the canoe 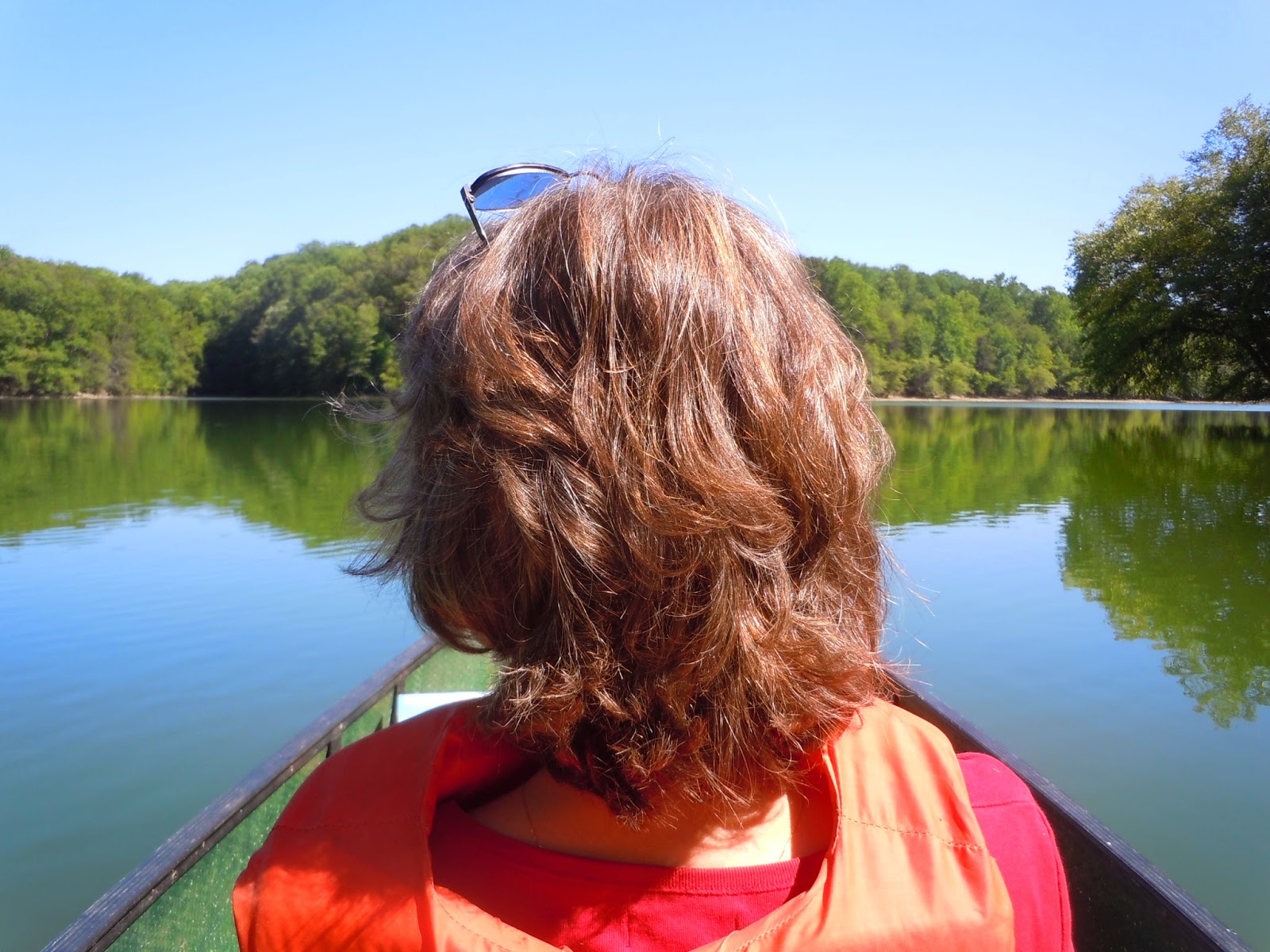 But it's a nice one.  What Pam looked like to me while canoeing today at Triadelphia Lake.
Posted by DJones at 10:23 PM No comments: 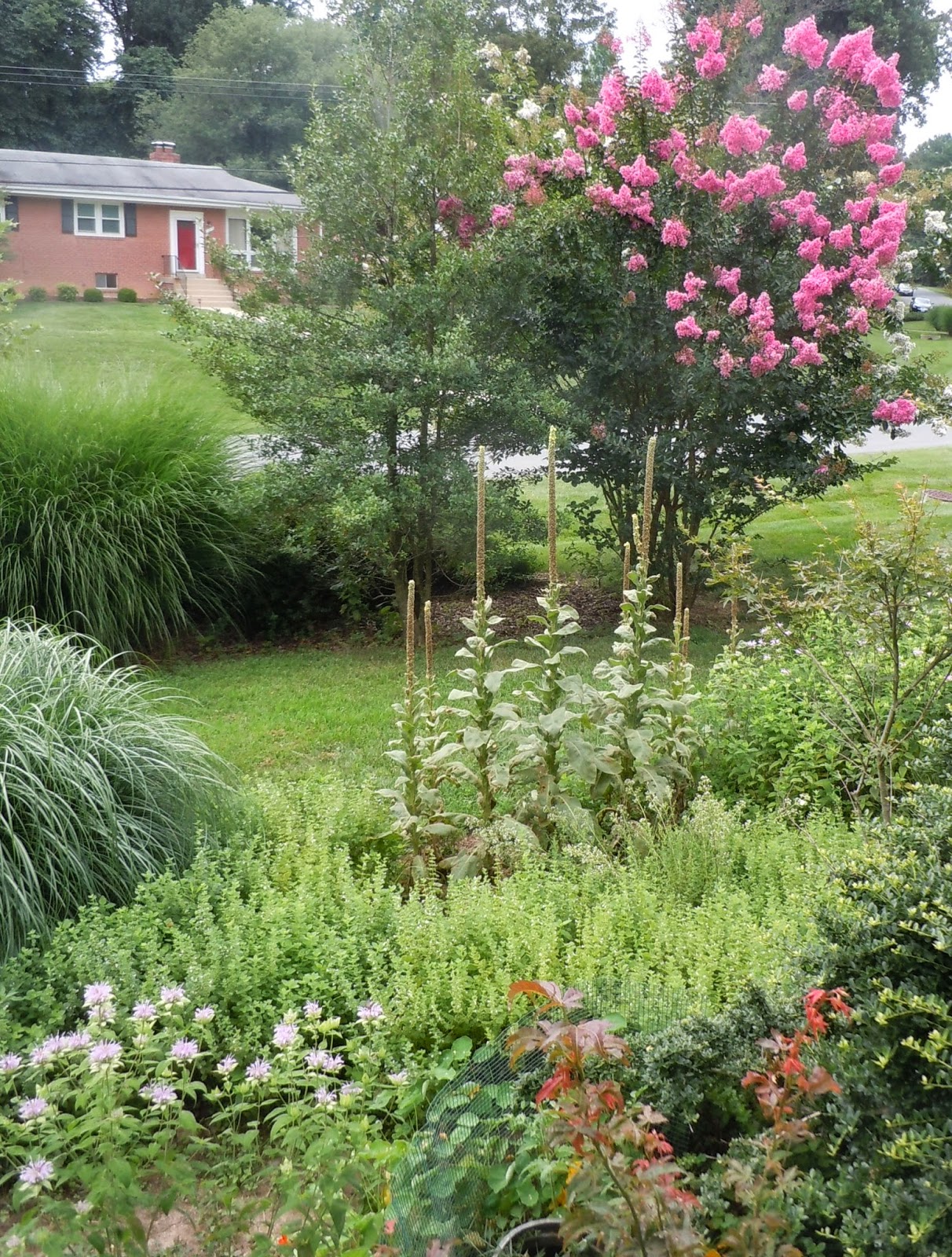 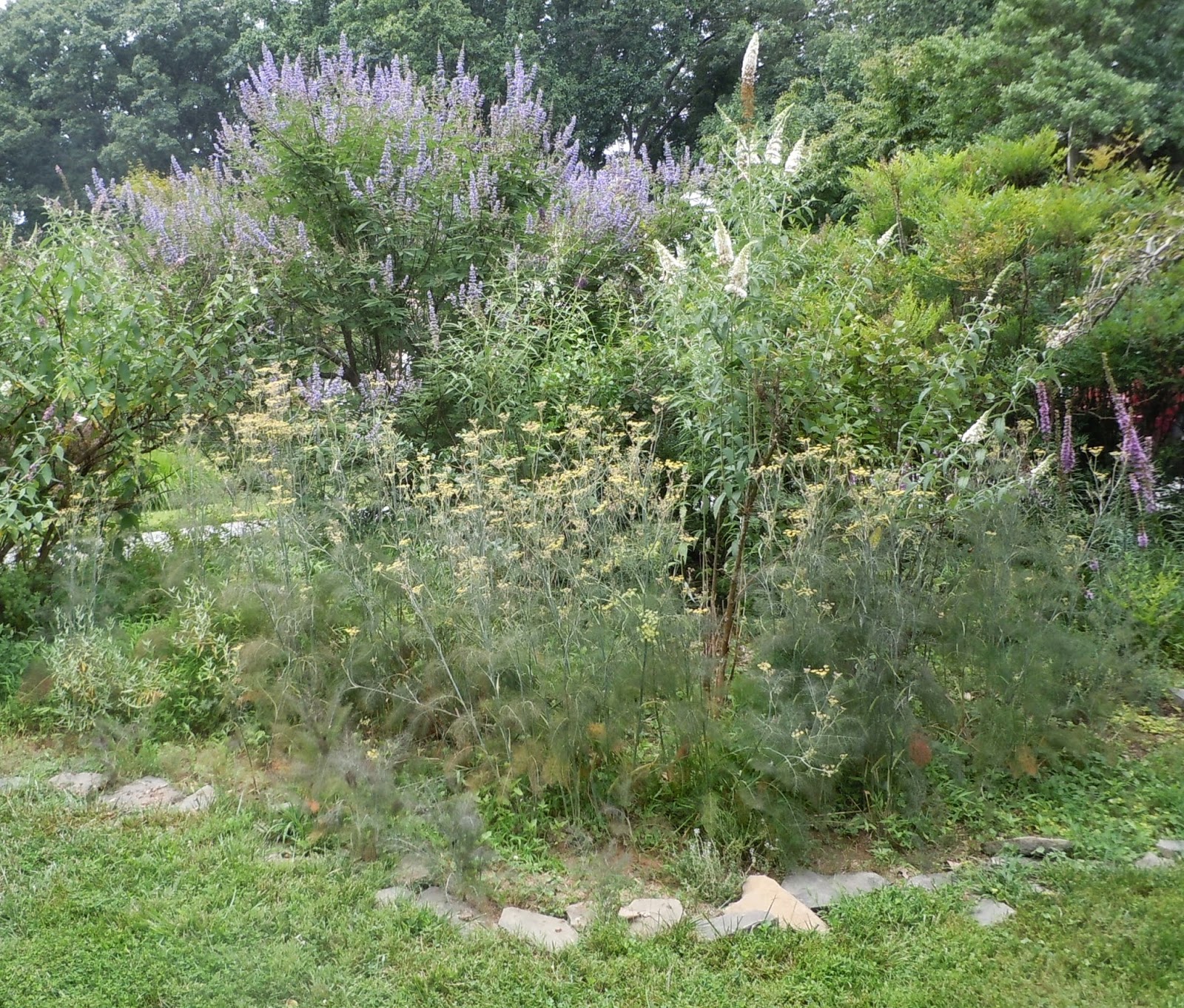 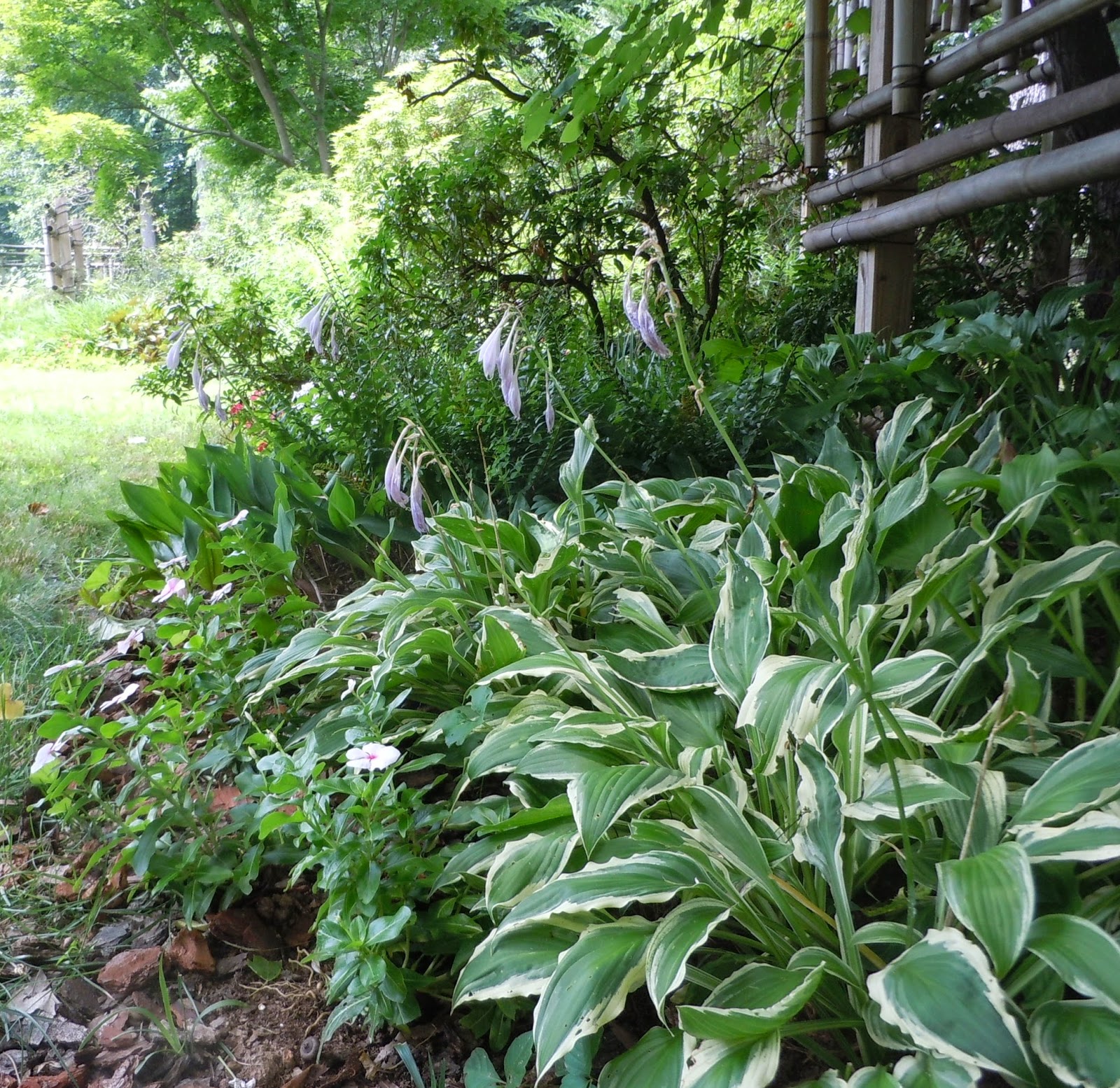 Posted by DJones at 8:33 PM No comments:

Like many readers, I don't find William Faulkner's novels easy-going.  The pace is slow, the sentences long, and the action tends to meander along.  However, during the spring semester at the University of Maryland,  I sat in one day on an English course that featured a student presentation on his last novel, The Reivers, and decided to read it.  I enjoyed the book very much, and it caused me to think about Faulkner's attitude about race.

In general William Faulkner was a white southerner of his time.  In the three or four of his novels I've read, African-American characters appear often, but they tend to behave in accordance with the accepted mores of the Deep South in the first half of the 20th century.  I don't believe Faulkner ever politically challenged these practices, but I do think he saw black Mississippians as individuals.

In The Reivers, Faulkner portrayed his black characters as he does his white characters in that some were smart, others not, some were honest while others deceitful, and some were kind, and others less so.  One character in particular, Ned, is generally the smartest guy in the room in his scenes although he is generally careful in showing off his intelligence around whites.  The most despicable characters are white, and they often display their meanness and dishonesty in their interactions with the black characters.  In these choices he made about characters and action, I believe Faulkner was communicating something about his attitude about black people.  At the time The Reivers was published in 1962, the first signs of change regarding race relations in America were taking place.  The Montgomery Bus Boycott was six years earlier, and the Greensboro sit-ins began two years earlier.  Faulkner had to have been conscious of these occurrences and how they would effect what was sometimes called the southern way of life.

The Reivers is primarily a coming-of-age story, and the main character, an 11 year-old boy, at one point reflects on his growing anger as he becomes aware of how people act in the world.  Among the targets of this anger are "white people behaving exactly as white people bragged that only Negroes behaved."  Since Faulkner died the year The Reivers was published, I choose to think that at the end of his life this is what Faulkner thought.
Posted by DJones at 6:32 PM No comments:

Today I smoked the fish that were caught yesterday. 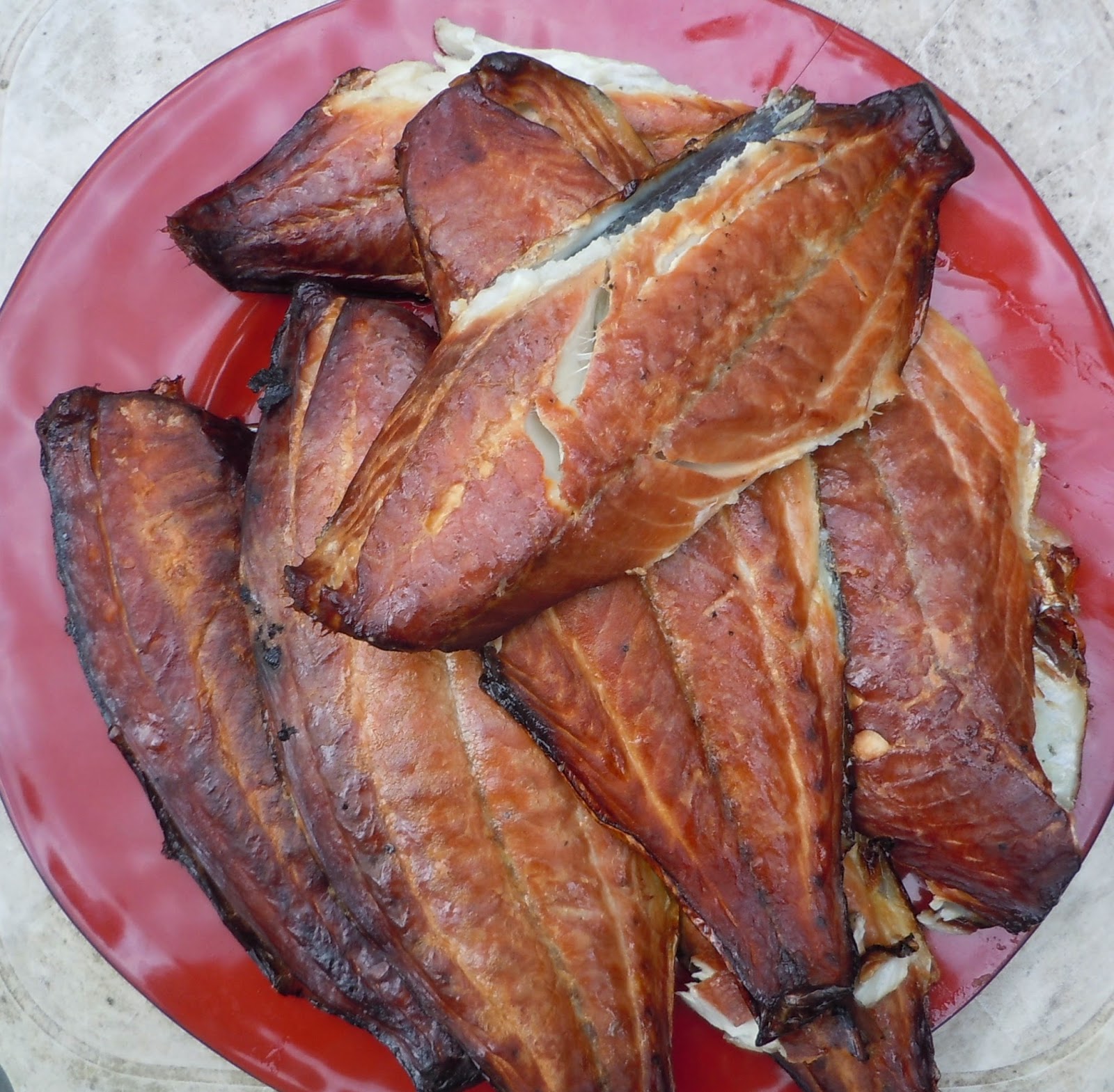 Also noticed that Buzz's Marina posted a picture of the entire group, so I may as well include it here to include my sun-burned mug. 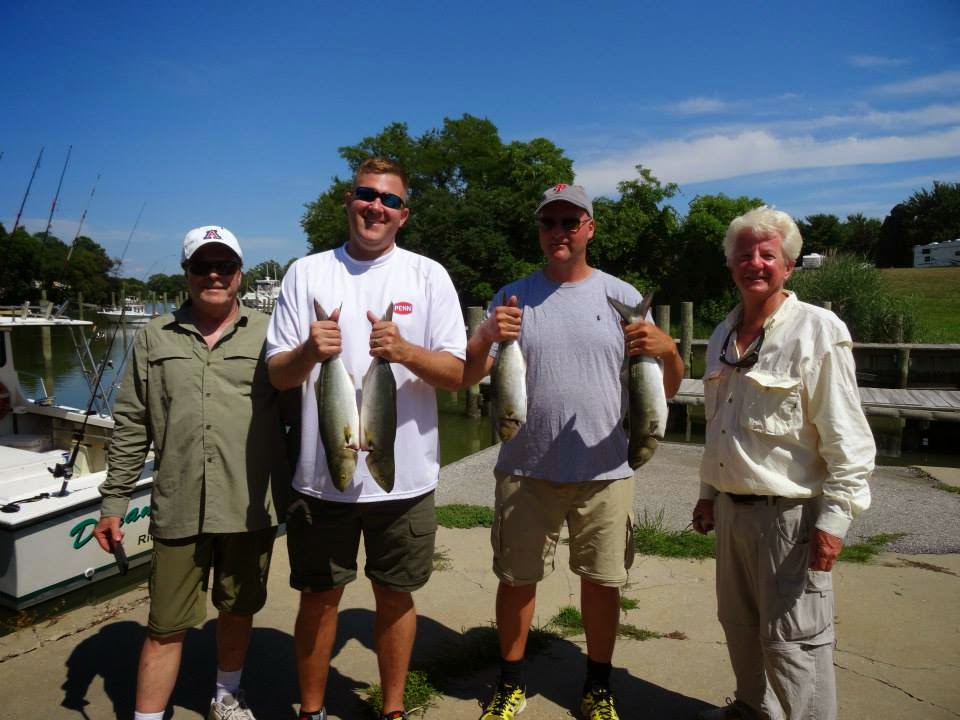 Posted by DJones at 7:50 PM No comments: 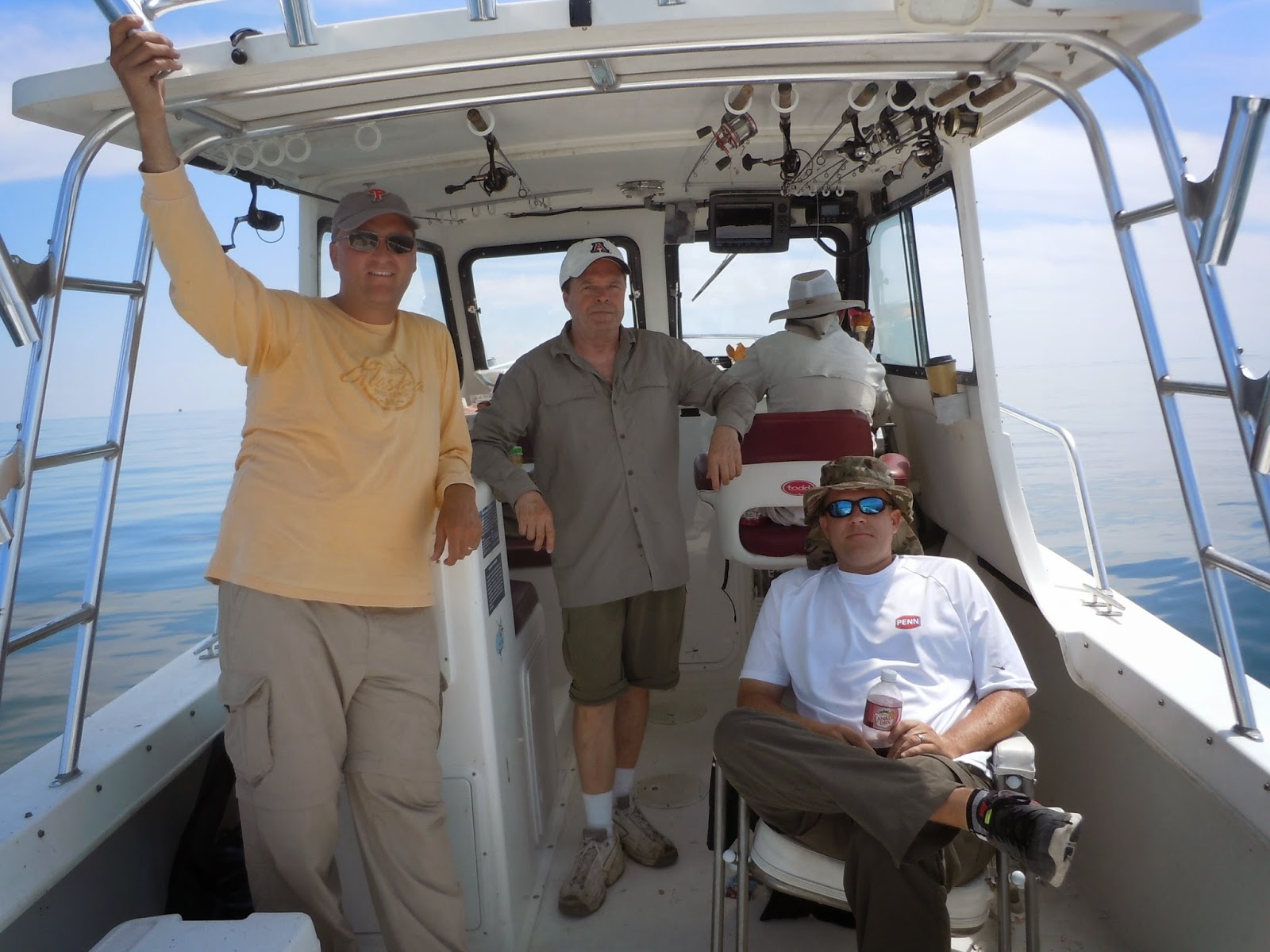 Col. Ski seated on the right, and his old friend Derek in the orange shirt on the left.  Our mutual friend Greg in the middle and Capt. Pete at the helm with his back to the camera. 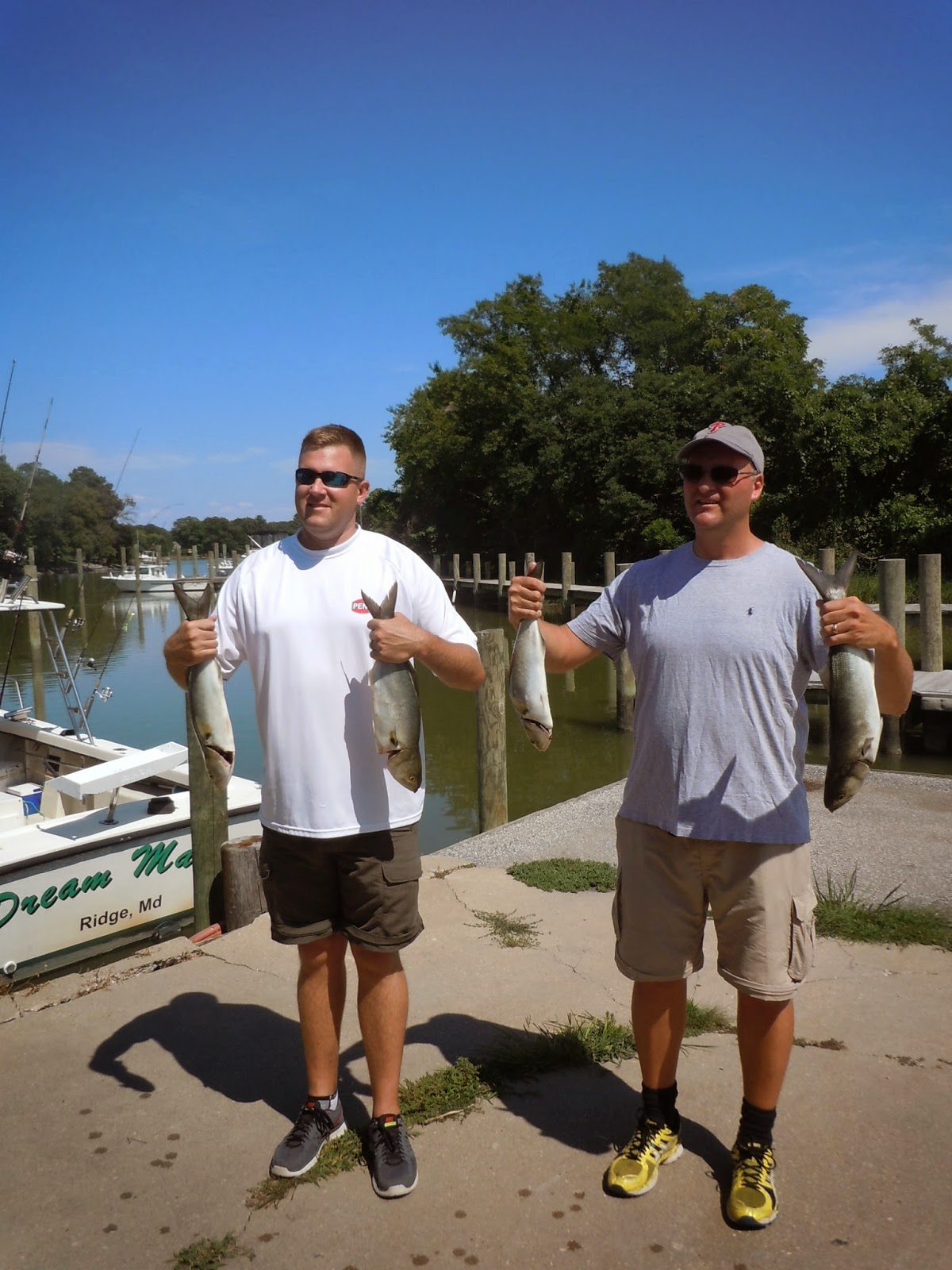 Ski and Derek with some of the many bluefish we caught today.  I caught  the fewest, but someone had to have that dubious distinction.  I had a good time anyway and had fresh bluefish for dinner tonight.

Yesterday I visited a friend who recently transferred from a hospital to a nursing home until he is ready for a major operation.  The friend is exactly my age, and I have been musing that such visits to others, or others' visits to me, will become increasingly common as I grow older.  We're at that stage.
Posted by DJones at 11:47 AM No comments: