For years we've been sharing our holiday with my sister's in-laws, the Powell family. This year Dan Powell, my sister's nephew, with his wife Azelin hosted Thanksgiving at their new home in Monrovia, Maryland. A very nice affair. 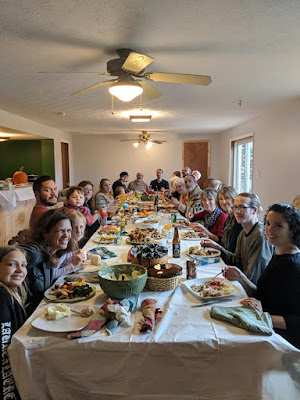 Greg and Pam are second and third on the right. I'm in back also on the right where if you look hard you can see a white head of hair tilted back to get in the picture.
Posted by DJones at 1:06 PM No comments:

The water fowl in the park pond consists mainly of Canada Geese and Mallards, but in the colder months sometimes something different appears and hangs around for a while. This small diving duck showed up about two weeks ago, and the closest I can get to identifying it is a lesser scaup. I've poured through bird books because I'm not satisfied with that answer. 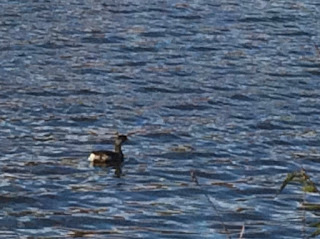 I was thinking today about why I find this duck so fascinating. Part of it is that it's something different, but it's also because he's small and alone. 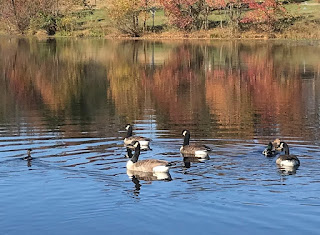 The picture above gives some indication of how small this guy is. I should say "gal" because it's probably female. She's on the left and is dwarfed by the three Canada Geese. On the upper right are two Mallards behind a fourth goose.
Posted by DJones at 5:24 PM No comments:

On my walk this morning 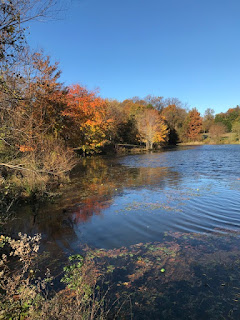 As usual, went by the pond first. Autumn color came late this year, and I suspect the leaves may not be around long.

I then walked down to Paint Branch Creek. 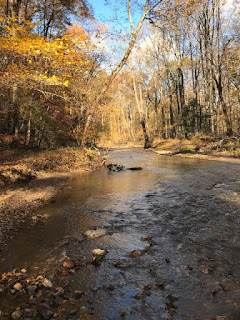 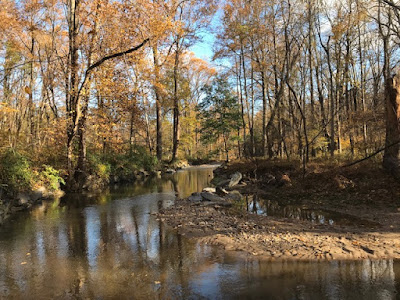 I climbed the hill and took a picture down at the creek: 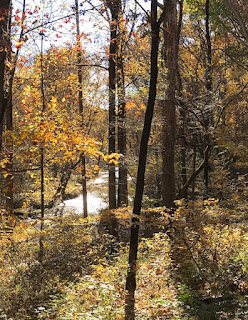 Some trees along the trail: 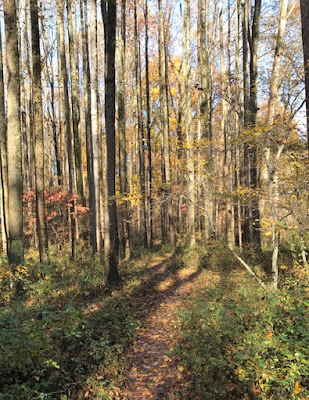 When the obvious title for a post of these two pictures occurred to me, the song with the same name also popped into my head. Now I continue to hear that old standard in my mind. Oh, well. As ear worms go, this one is pretty good. 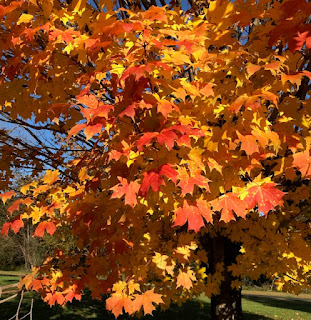 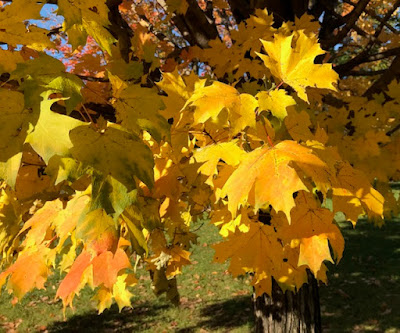 Posted by DJones at 3:46 PM No comments: