Went fishing on the lower Chester River off the eastern side of Kent Island yesterday evening, and the fishing was great for white perch. Although we were generally using clams and blood worms, I caught a couple on artificial lures.

My friend Stan isn't a very experienced fisherman, but he's enthusiastic and, after a slow start, managed to catch a few. 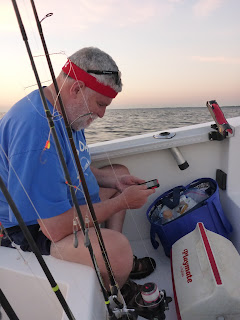 I've gotten to know our captain Jay through Stan. He was happy to have company and certainly was successful in putting us on fish. He gave his wife credit for suggesting the spot which was in only four feet of water. 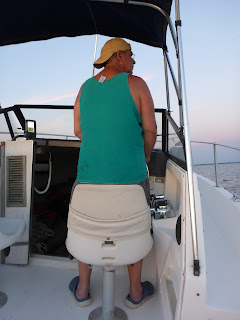 This was typical of the catch. We baited two hooks on our bottom rigs and caught many doubles. Jay suggested a slow retrieve after casting out, a suggestion I found surprising, but he was certainly right. 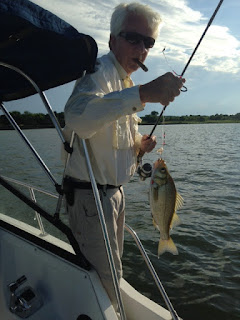 After about five hours on the water, it was time to call it quits, and we had a nice sunset to view back at the marina. 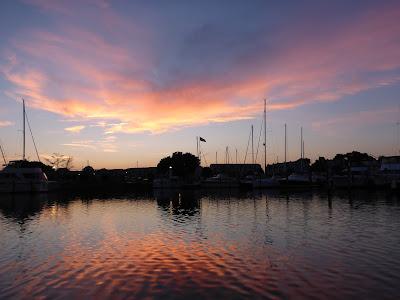 The total catch was about 3 dozen. Stan didn't want any, and Jay took only about a half dozen. I had a lot of fish to clean this morning. 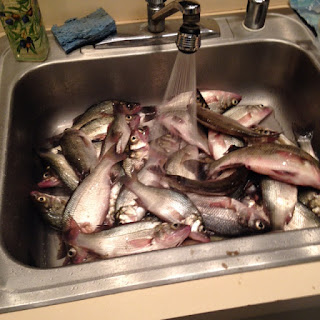 Pam and her cousins

Last week we spent a couple of days at my sister-in-law's house in Gormania, West Virginia where we celebrated a mini family reunion. Pam's cousins came from California, Arkansas, and Virginia.

Ted is the oldest at about 80, but he looks to be still in great physical shape. Not nearly as serious as he appears in this photo, he kiddingly referred to himself as the patriarch. 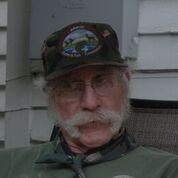 Nick is Ted's brother and lives in Arkansas. We don't know what he did for a living there before retirement. Although he's very open and friendly, the subject of work has never come up when we're with him. 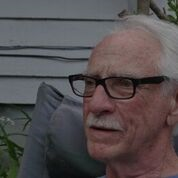 Sandy lives near her brother Ted in California. Like all the Winters women, she looks much younger than her years. She, Ted, and Nick lived in Gormania before moving to the West Coast when they were still children. 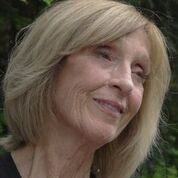 Finally, we come to Pam who looks much better in person than this picture. 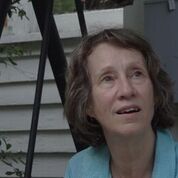 Another cousin, Dan, who was present at the event is not pictured because he took the pictures.
Posted by DJones at 8:14 PM No comments:

More of this year's wildflower meadows in the park... 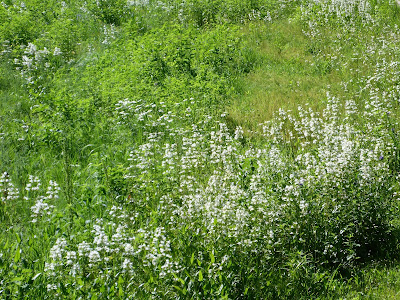 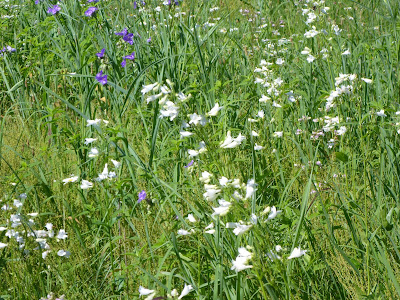 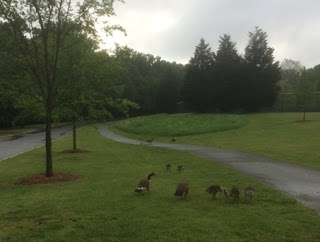 Three or four litters (if that's the correct term) this year, and two of them are pictured above. In the foreground is a family of five goslings with the two adult parents. The far background shows two adults with one gosling which is much smaller than any of the other ones born this year. It's the size the others were weeks ago, so I assume it was hatched later.

The reason why I say three or four litters is because of the uncertainty I have about the last group which was nearby today although I didn't photograph them. I've noticed that the families often tend to stay in the same area, sort of a mutual watch and protect thing. The un-pictured group consists of ten goslings which seem to be invariably accompanied by three adults. My theory is that this large group is really two separate litters of five each, and one of the parents died. The remaining parent joined with another family of five goslings to form this group.

Canada Geese parents stay with their offspring until their flight wings develop enabling them to fly, I believe. They can apparently swim immediately after hatching, but flying requires more physical development. As the goslings grow their color changes from light tan to the familiar black and white of the adults. Most of these birds are well on their way to becoming full adults.

All of these, by the way, are observations I've made and interpretations which may not be correct since I haven't check them with bird guides.

Posted by DJones at 7:09 PM No comments: