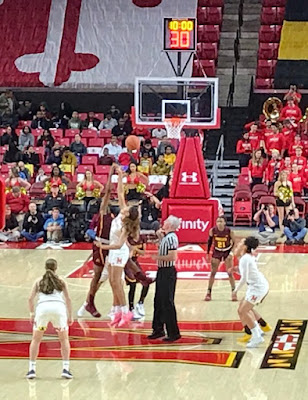 Pictured above is the opening tip-off with Maryland playing Minnesota. 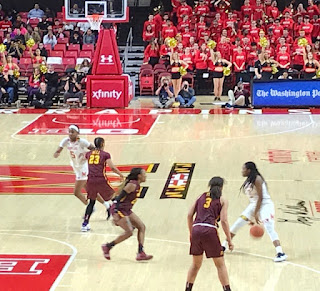 The visitors got off to an early lead and were ahead by as many as 16 points. They held on to the lead until the last second. The Terps went on a 9-0 run in the final minute of play. 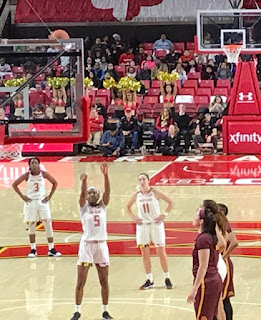 Above is Kaila Charles shooting a free throw earlier in the second half. Kaila made the winning basket with one second remaining after making a steal.
Posted by DJones at 12:50 PM No comments:

This picture was taken yesterday morning at about 10 am with about three inches of snow on the ground: 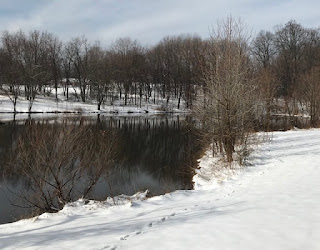 About six hours later I took this one from approximately the same spot: 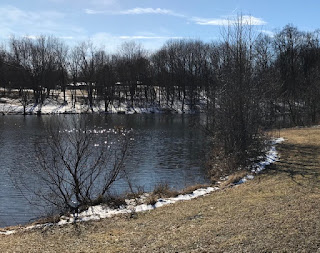 Will only be around briefly because temperatures are going up fast. 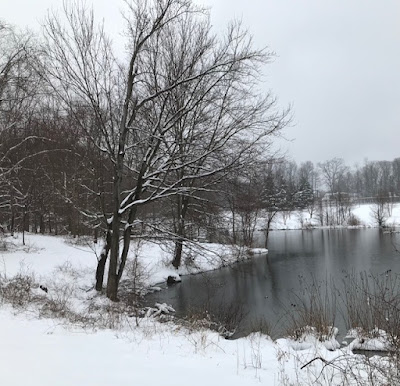 First one is of my favorite cat, Clarence: 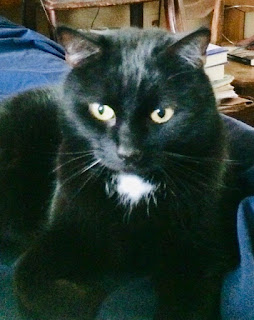 The other is of the crocuses that emerged just before the recent snow: 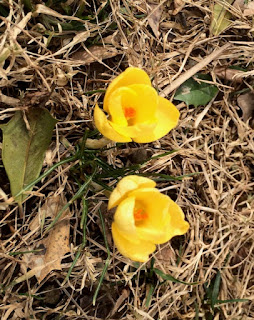 A Sunday afternoon of Irish music

Pam and I went to an Irish bar in Bethesda yesterday because a friend of mine was playing there. 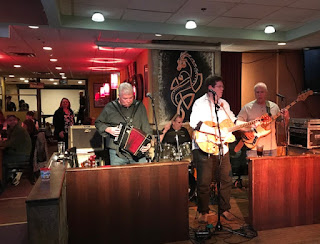 The band is Swampoodle, named after an Irish neighborhood in DC that once was in the area where Union Station now stands. The show was a fundraiser for next year's St. Patrick's Day Parade, and it was the band's first public performance. My friend Dan Costello is on the left playing the accordion in the above photo.

The afternoon's entertainment also included Irish dancers, and below is a shot of some of the younger dancers: 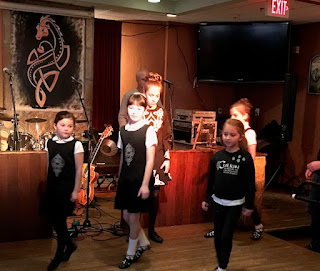 This last picture is another one of the band when Dan put down the accordion and played guitar. He sang on this song and also played harmonica on a few numbers. The songs were a mix of Irish and rock. 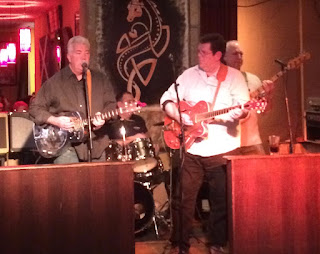 We were joined by some other friends: Dan Porter and Eric Rickford. The beer was good and the food acceptable. Everyone had a good time.

Posted by DJones at 7:40 PM No comments:

For the past few months we've often seen a fox in our yard, next door, or across the street. Today our neighbor Jim called to say that the fox was relaxing in our back yard. 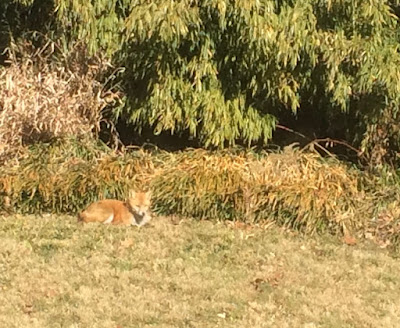 It seemed perfectly at home laying in the bright winter sun. The fox scratched a lot, and when it left we noticed that its tail was not full and fluffy, a sign that it probably has mange.
Posted by DJones at 9:14 PM No comments:

Pond after a late January snow 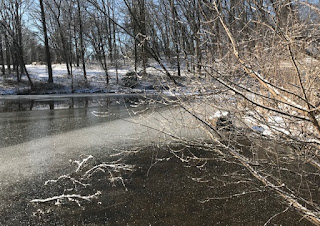 Posted by DJones at 9:02 PM No comments: