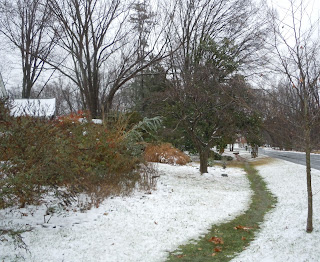 Posted by DJones at 2:44 PM No comments: 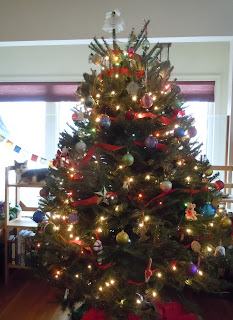 Evolution of Life and Environment on Planet Earth (and Beyond)

As I have done after my previous three semesters in the Golden ID program, I have been reviewing my lecture notes and the text book for Geology 124.  The amount of material relating to both the physical and the biological sciences was significant but it was not all heavy.  How to cook rice, for example, was discussed (don’t stir it) as was the formation of soap bubbles and that shower curtains are a good environment for cyanobacteria.

For me, the course was ultimately about the growth of human knowledge about the universe around us.  The daily expansion of that knowledge was demonstrated by the discussions of the discoveries by the MSL Rover on Mars.  The class featured hands- on participation in observing and describing rocks on a field trip around campus and also by the collection of our hair samples for isotopic analysis.  From that data, students were required to create a hypothesis concerning “you are what you eat.”


Also stressed was the importance of the continued questioning of scientific hypotheses by identifying past hypotheses that took many years before general acceptance (such as continental drift) or a hypothesis that was recently created (such as snowball earth) which is now doubted by many.  A possible flaw in the most important biological hypothesis in history, evolution, was identified by its creator, Charles Darwin.  That possible flaw was eventually resolved by technical advances in microscopes, but Darwin had the intellectual honesty to first raise the question himself.


As someone whose last previous college course in science was during the Lyndon Johnson administration, I sometimes looked around at the young students and wondered what they would remember 45 years from now about Geology 124.  My bet would be that they will remember a lot.

"They're all our children" 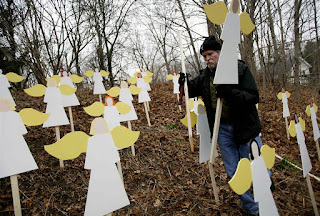 "...we come to realize that we bear a responsibility for every child because we’re counting on everybody else to help look after ours; that we’re all parents; that they’re all our children.  This is our first task — caring for our children.  It’s our first job.  If we don’t get that right, we don’t get anything right.  That’s how, as a society, we will be judged.

And by that measure, can we truly say, as a nation, that we are meeting our obligations?  Can we honestly say that we’re doing enough to keep our children — all of them — safe from harm?  Can we claim, as a nation, that we’re all together there, letting them know that they are loved, and teaching them to love in return?  Can we say that we’re truly doing enough to give all the children of this country the chance they deserve to live out their lives in happiness and with purpose?..."

I walk by it almost every day and each time I tell myself I should photograph it... 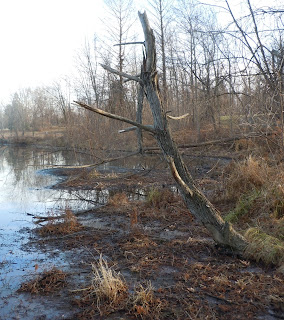 
It's on the shallow west end of the pond, shown not prominently in the center of the picture below. 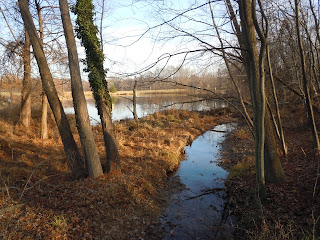 Posted by DJones at 4:47 PM No comments:

Early December and the weather is in the 60s.  Tomorrow the 70's.

Are mild winters like last year's and the seemingly increasing numbers of violent storms indications that warnings of global climate change are correct?  Not necessarily.  These are short term weather variances in one geographic area while climate is longer term and global climate is, well, global.  It's not those of us experiencing weather changes, but the climate scientists who look at all the data and draw their conclusions about global climate change.  An overwhelming number believe that it is changing and that this change has been especially drastic since the Industrial Revolution.  They could be wrong, and I hope they are but they're probably not.  Industrialization in the US and everywhere else is not going to be reversed, so I have no idea how this trend would be corrected.
Posted by DJones at 1:34 PM No comments: