The house and front yard, December 2019 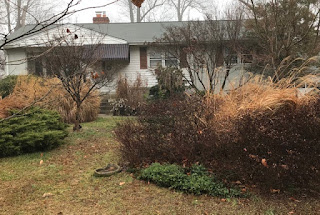 Posted by DJones at 3:42 PM No comments:

Geese on the pond 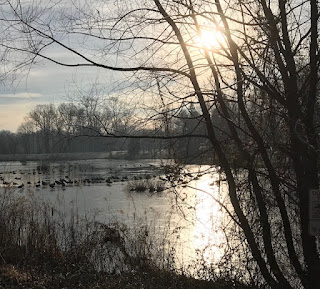 There's been 150-170 on the pond some days recently which is about as many as I've ever seen at once there.
Posted by DJones at 3:39 PM No comments:

The pond on a sunny winter day 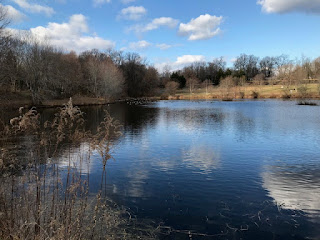 Posted by DJones at 3:34 PM No comments:

The Pond on a hazy winter day 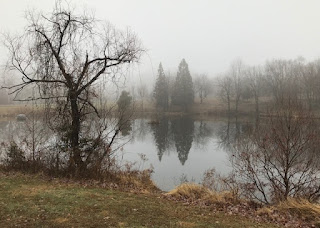 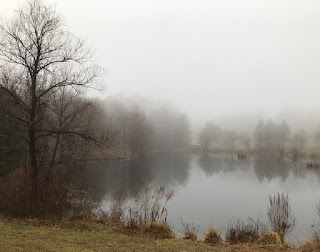 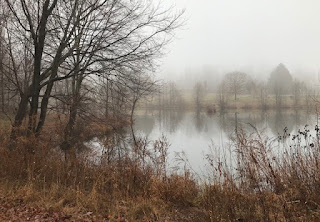 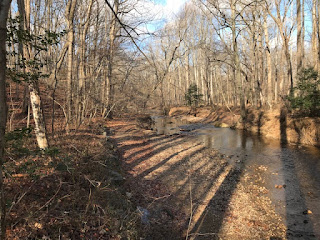 Posted by DJones at 3:24 PM No comments:

King Arthur has been on my mind since I've taken a class on this subject this semester. The course has made me aware of the popularity of these stories that continues to this day. This popularity of the tales of King Arthur, Queen Guinevere, Sir Lancelot, and rest of the members of the Round Table goes beyond the English-speaking world as they have been told in French, German, Italian, and other languages.

The question that I continually ask is: Why? What explains this popularity?

One of the first books among the extensive reading list for the course was The History of the Kings of Britain by Geoffrey of Monmouth that goes back to 1136 which is about 600 years after Arthur is thought to have lived. Geoffrey devotes much of the book to Arthur and portrays him as a great warrior. Britain in the fifth and six centuries was chaotic following the withdrawal of Roman troops and invasions by other Celtic people and German tribes from the continent, and the little documentation of those years was performed by monks, often much later. Some of those monks mention a great warrior who rallied the native Brits to some important victories against the German Saxons, but he was not a king since the society was too fractured for a single monarch. Although the book is more Welsh folklore than actual history, it is a start to the study of the Arthurian legends.

The oral Arthurian legends were also written down in France during the twelfth century, most importantly by Chretien de Troyes and a poet named Beroul. These authors expanded the roles of Lancelot and Tristan as opposed to concentrating on Arthur. Tristan's romance with Queen Isolde became a tale retold in many variations including an opera by German Richard Wagner in the nineteenth century.

Published in 1469, Le Morte D'Arthur by Thomas Malory has become the main source for subsequent accounts of the Arthurian stories. Although an Englishman, Malory follows the French authors by concentrating as much on stories of the Knights of the Round table as on Arthur. Maybe that's why he gave his book a French title. The great battles between armies that were so prevalent in Geoffrey of Monmouth's book have been crowded out by individual conflicts often depicted as tests for the knights. The many scenes of jousting tournaments would not have taken place during the years the historical Arthur is presumed to have lived but were more indicative of the age that Malory wrote.

King Arthur's character faded so much into the background in Alfred Lord Tennyson's Idylls of the King, written the nineteenth century, that he seems wooden and colorless in comparison's with his subordinate knights. In his memoirs, Tennyson explains that his Arthur was intended to represent the human soul while Lancelot, Tristan, Gawain and the rest added the human element.

The popularity of these stories did not diminish in the twentieth century as the success of the musical Camelot on the stage and screen demonstrate. The Arthurian legends remained common settings for other modern movies including, of course, Monty Python and the Holy Grail whose authors must have been very familiar with the written versions that were lampooned hilariously in the film.

Okay, I believe I've demonstrated the popularity over nearly a millennia, but the question remains as to what is the explanation for the continuing appeal of the King Arthur stories?

I think that part of the reason, especially during the Medieval years, was religion. The historical Arthur probably was a Christian, and the theme of a Christian hero prevailing against the pagan Saxons would have a receptive audience. The tales increasingly included Christian elements such as the search for the Holy Grail, the cup that Jesus drank from during the Last Supper, and King Arthur took on Christ-like attributes including prophesies of his eventual return from the dead.

However, there were other heroic defenders of the Christian faith, so I decided there must be additional explanations and found some ideas in the introduction to Geoffrey of Monmouth's The History of the Kings of Britain. The author of the introduction Lewis Thorpe dismisses the criticism that the book fails as political history as irrelevant because Geoffrey of Monmouth should be read as romanticized history that has more in common with epic poetry such as Virgil's Aeneid which is mentioned more than once by Geoffrey. The History of the Kings of Britain was printed many times for a medieval text, and even though our modern view of the Arthurian tales owes more to Malory's Morte D'Arthur Geoffrey should be considered, in Thorpe's words, "as a source book for the imaginative writings of others, as an inspiration for poetry, drama, and romantic fiction down through the centuries that has few equals in the whole history of European literature."

By the time of Geoffrey's writings, the Britons that Arthur had commanded lived on in what we now call Europe's Celtic fringe- Wales, Cornwall, and Brittany in France where the oral tales of King Arthur flourished and combined with existing Celtic myths. Merlin's magic in setting the scene for Arthur's conception and Arthur's transportation to the mystical island of Avalon following his mortal wound in his final battle establishes, again in Thorpe's words, "the air of other-worldliness and mystery."

Moreover, Geoffrey's identification of Arthur with the new ideal of chivalry in Western Europe and the attractiveness of Queen Guinevere and Arthur's favorite knights all contributed to subsequent authors using Arthur and his court as models for expanded stories.

Despite all my emphasis on the importance of Geoffrey of Monmouth for the popularity of the Arthurian stories, I wouldn't ignore Thomas Malory because the picture he presents of Arthur and the Knights of the Roundtable reflects, I think, a universal yearning for wise and just leaders ruling over a stable and peaceful land.

I don't know if my ideas are correct or not, but I've certainly had fun thinking about them.
Posted by DJones at 12:57 PM No comments:

From the Parren Mitchell Building on campus 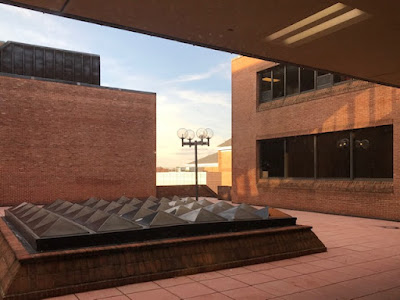 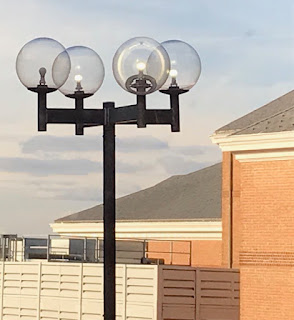 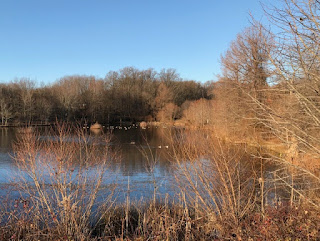 A few days ago: 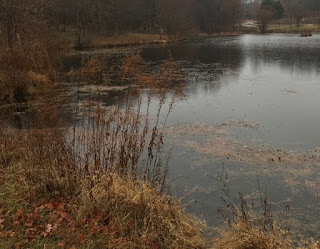 Posted by DJones at 4:54 PM No comments: