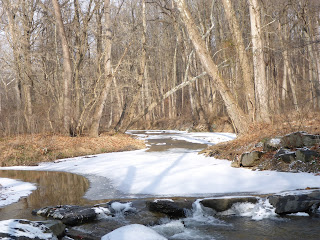 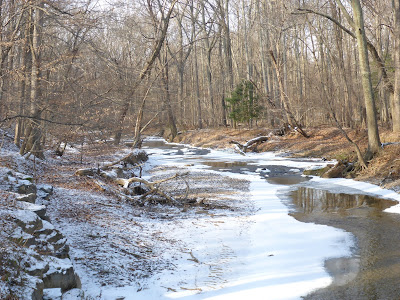 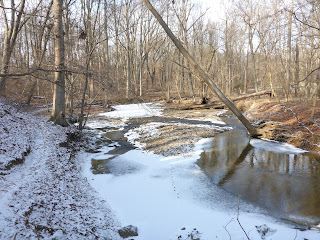 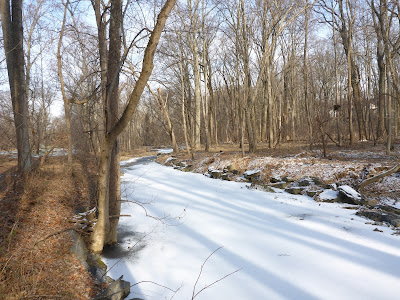 Posted by DJones at 4:35 PM No comments:

Many people I've talked to over the years agree with me that fox sightings are notable. The Red Fox, which is the species around here, tends to keep a low profile and is generally nocturnal or active mostly at dawn and dusk. Still, we have seen them from time to time ever since we moved into this neighborhood. The sightings are memorable also because the animal is so beautiful.

Yesterday was a big day for fox sightings for our family. Son Greg came into the house in the late morning and told us he had just spotted two in our front yard. Going on alert, Pam sighted them out the front window a little later. Shortly after that, I finally got into the act when Pam called my attention to the two foxes across the street although by the time I got to the window only one remained. When I took my daily walk into the park, I spotted one of them again but couldn't get my camera/phone out in time to get a photo.

I've since learned that foxes are more active now because January to March is their mating season, and although I have no records I believe most of our previous sightings have also been in Winter. One sighting a couple of years ago stands out in my memory.  I happened to glance out our front picture window and saw one trotting up our walkway about ten feet away. As is often the case, the fox was as surprised as I was when we locked eyes and instantly vanished. Another sighting was memorable because it came in mid-day and not in a setting near wooded parkland. I was in my car in the neighborhood but blocks away in the middle of the housing development when I saw him looping casually through front yards, in all his orange and white beauty, acting more like someone's pet dog than a wild predator.
Posted by DJones at 7:46 PM 1 comment:

A few days ago I cleaned out my bedroom closet and removed old clothing to be given away to charity. Just now I went through the pockets of that clothing just in case something of value was left in any of them. I found:

My annual decorated Christmas tree photo, shot a few days ago just before I took it down. Went with just close-up this year: 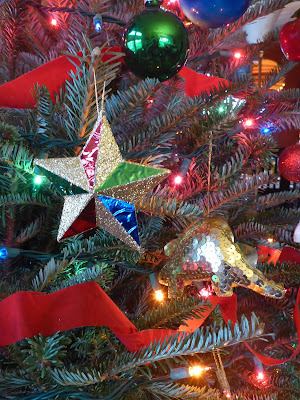