Backyard shrubs in late May

Weigela on the left and an old Rhododendron that flowered surprisingly well this Spring on the right hand side.  That whole section of the yard had been filled with other  Rhododendron, but this is the last survivor from when we moved in, 27 years ago. 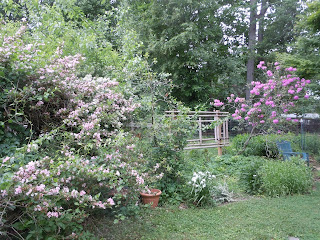 A view of the current backyard garden which shows the same plant in the background. 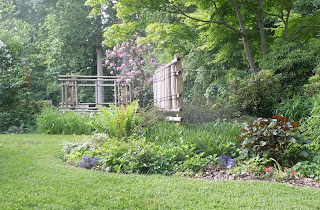 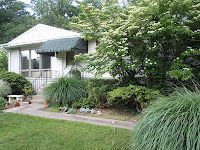 And the front yard:

That Mahonia on the right, but we have forgotten the name of the plant on the left: 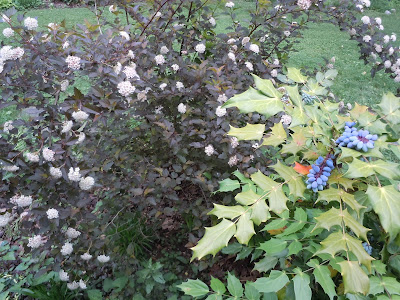 Posted by DJones at 4:44 PM No comments:

May fishing so far

Bluegills are spawning in different areas of the pond this year.  Rather than the shallow section at the inlet, they are spawning on our side right in front of a frequently used bench.  I caught some big ones there this year as well as a good bass.  A foam spider has been more effective than a B & B.

I'm keeping the canoe at Triadelphia this year rather than Rocky Gorge.  Put it in the water later than usual because of the cool spring and have only been out once, about a week ago, and caught nothing.

Went out for the first time in the kayak yesterday at Lake Needwood.  Didn't catch any bass but a number of small bluegill all on a foam spider.
Posted by DJones at 11:32 AM No comments:

Flowers in our garden

The wildflower Star of Bethlehem comes up annually, but this year it seems to be especially numerous.  The blue flower on the left is planted lobelia. 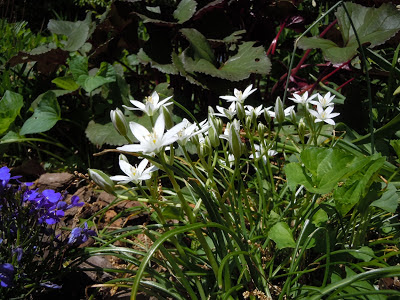 Some of the ferns have opened, but others are still fiddle heads: 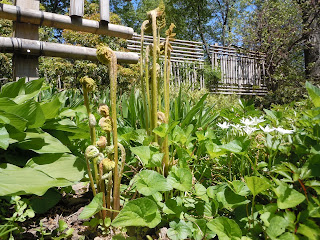 Lily of the Valley also seem to like this cool spring: 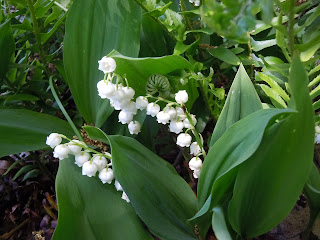 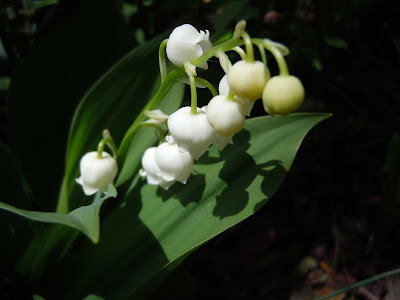 Youngsters at the park 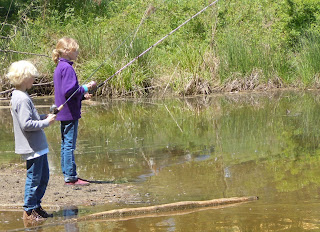 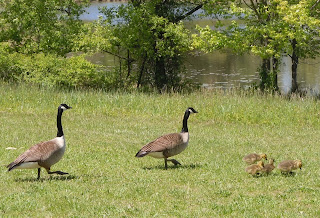 Posted by DJones at 9:55 PM No comments:

When you leave the Western Shore of the Chesapeake Bay in the early morning you are often treated to spectacular sunrises as the boat heads east.  So it was Saturday, April 27 when I took my third trip in the last twelve months with Capt. Dave and Capt. Billy out of Ingram Bay in Virginia's Northern Neck. 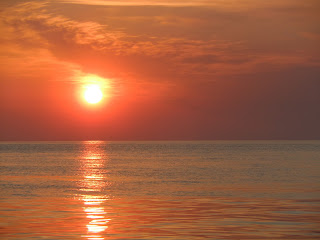 We soon turned north into Maryland waters where the spring trophy rockfish season begins earlier than Virginia's.  In addition to the Capt. and Mate (Capt Dave, for this trip), there were eight anglers, and we drew cards to establish the order of who grabs the trolling rod that a fish has hit.  The fish bit at a generally steady pace during the day, eight keepers, each angler landing one. 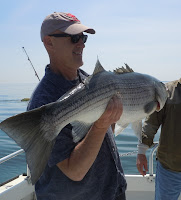 My friend, Chris, had the biggest fish:

Here is Capt. Billy keeping his eye on a passing tanker: 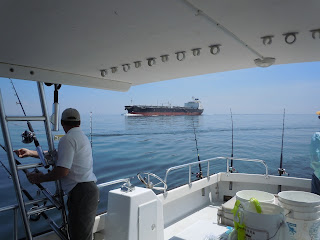 Here is my fish: 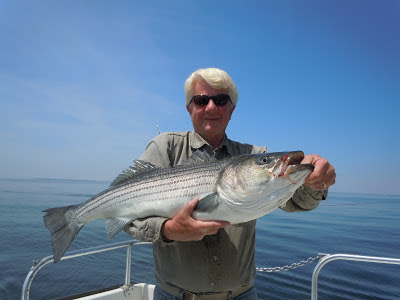 After we reached our eight fish limit, we pulled in the sixteen lines and headed back to the marina: 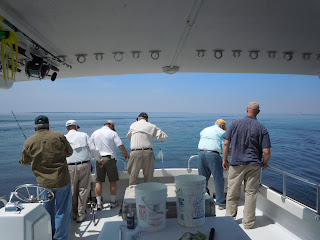 Always the gracious host, Capt. Dave provided a cook out at his home next to the marina.  After dinner I drove the 2 1/2 hours home, and Pam and I picked up Becca and Sean at Union Station at midnight.
Posted by DJones at 12:46 PM 1 comment: