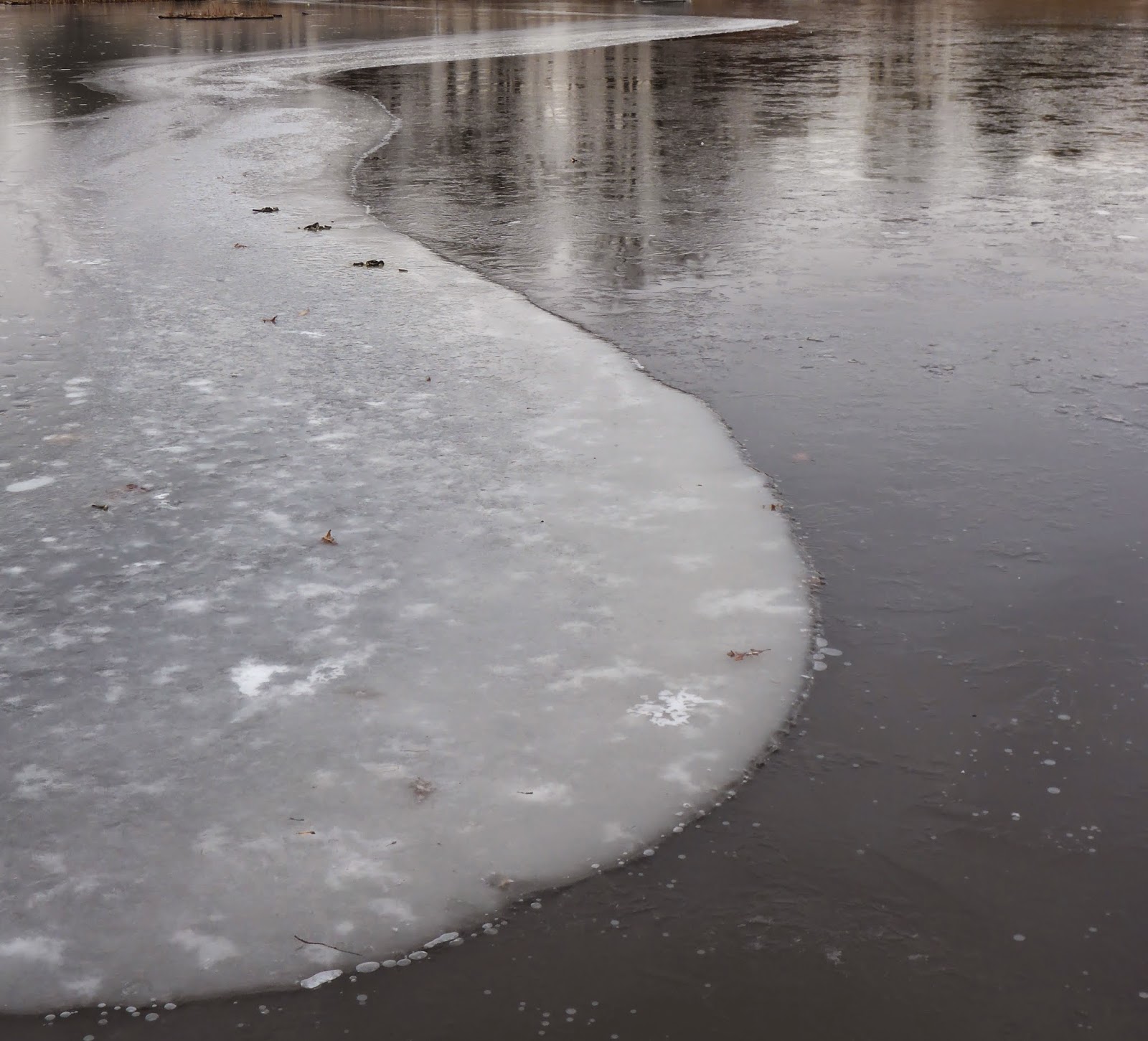 Although it was a very cold day, the pond was only partially frozen yesterday because of the high winds.  Today the winds were milder, so it froze completely and the boundary between the new and old ice is distinct.  Tomorrow is predicted to be even colder and windier.
Posted by DJones at 5:29 PM No comments:

In my English Literature course we recently read Wordsworth's "Tintern Abbey" poem, and I was struck by the similarity in thought of a passage in it to the lines at the end of one of my favorite novels, A River Runs Through It.  I was so struck that I was certain that author Norman MacLean must have been familiar with the poem and remembered that MacLean had been a college professor.  Checking with Wiki on the internet told me that he indeed was an English professor and that his specialty was....the Romantic Poets!

The passage in Wordsworth concerns the interconnection of all things and reads:

"A presence that disturbs me with the joy
Of elevated thoughts;  a sense sublime
Of something far more deeply interfused,
Whose dwelling is the light of setting suns,
And the round ocean and the living air,
And the blue sky, and in the mind of man:
A motion and a spirit, that impels
All thinking things, all objects of all thought,
And rolls through all things..."

"Eventually all things merge into one and then a river runs through it. The river was cut by the world's great flood and runs under rocks from the basement of time. On some of the rocks are timeless raindrops. Under the rocks are the words, and some of the words are theirs."

You may love a passage in a book as I have that one and still come to a further understanding of it after 4o years.
Posted by DJones at 1:00 PM No comments:

To Pam, for her birthday tomorrow...

And on our anniversary today:


Shoulder raised as if to shrug,


Lying on side, breathing deep.

In describing her posture, words can detail.


In explaining her beauty, words somehow fail.
Posted by DJones at 11:00 AM No comments: 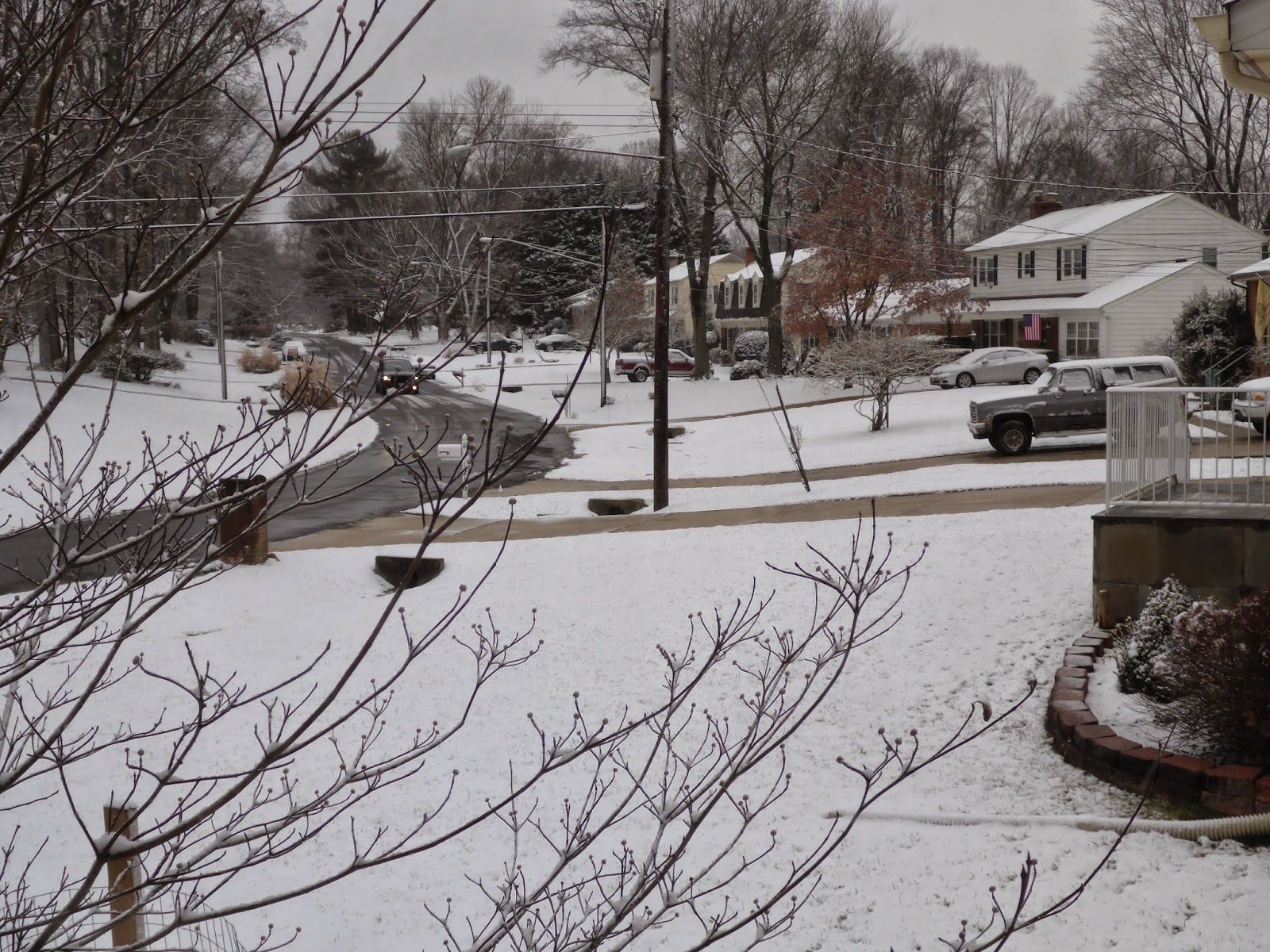