Faculty Recital at Clarice Smith Center for the Performing Arts.

Only made it for the last 15 minutes, but what I heard I enjoyed. The photo shows a string quartet with a piano accompaniment. The piece was by Brahms. 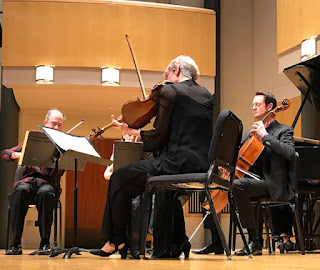 Posted by DJones at 4:20 PM No comments:

I went to an early game against Oakland College of Michigan which we won. 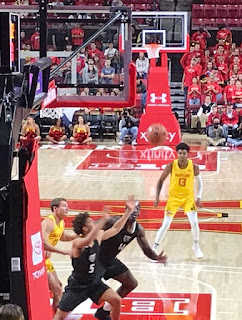 Photo came from this past weekend, and we've had a number of recent days like this. Tomorrow, however, is going to be cold, windy, and probably rainy with snow a possibility according to the forecasts. 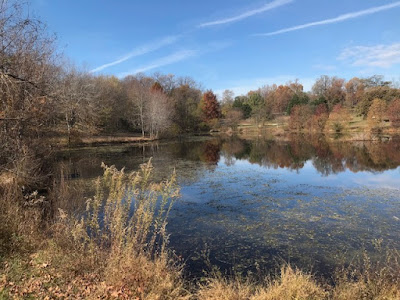 Saturday I went down to the Mall in D.C. for the parade celebrating the first Washington baseball team to win a World Series in almost a century.

I've lived in this area my whole life, for all practical purposes and have been a baseball fan since I was about six years old. That adds up to a lot of disappointments. The team in the 1950's was terrible, and when it started to improve moved to Minnesota. The major leagues give us an expansion team immediately, but they weren't very good either. After that team moved to Texas, we were without a team for over thirty years. I didn't pay much attention to baseball for a while and eventually began rooting for the Baltimore Orioles. Although I still follow the O's, my heart when back to Washington when the Montreal team moved here. The new team, the Nationals, have had some very good seasons but never quite good enough to make the Series until this year when they came into the play-offs as the underdogs but managed to prevail each step along the way.

Some years ago, I think it was during the time Washington was without a team, I somehow obtained a baseball jacket with the name "Senators", the name of the old team. When I wore the jacket to the parade it attracted some attention. In fact, a young women who said she was a reporter for the Washington Times newspaper interviewed me and took my picture. I guess she thought an old guy who's apparently seen a lot of baseball might be worth a feature story, but I looked a couple of times on their website and didn't see any article on me. 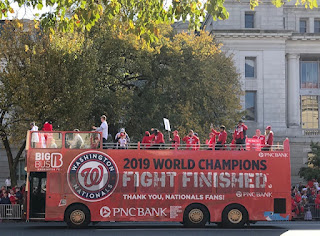 Buses like the one above carried the players. I'm glad I went but didn't stay for the whole thing
Posted by DJones at 8:56 PM No comments: