Temperature hasn't been above freezing since Monday, and most nights have been in the single digits.  Still walking in the park every day though. 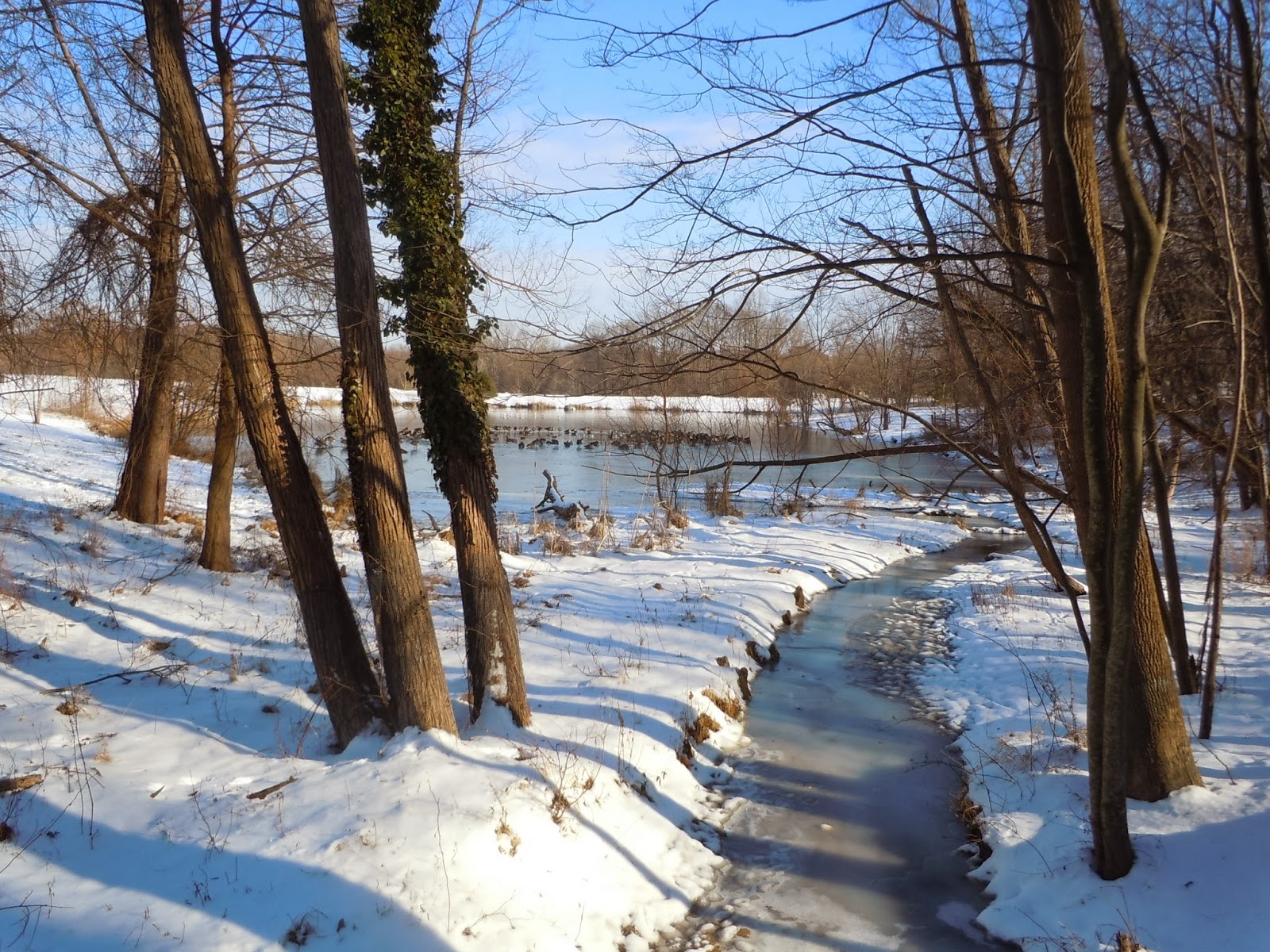 In the center of the picture above, the Canada Geese are swimming in a circular area of unfrozen water.  Below is a better view of that area.  A few days ago the surface was completely frozen over, and I'm uncertain about what caused this part to open up.  It hasn't been because of any warming trend because there hasn't been one. 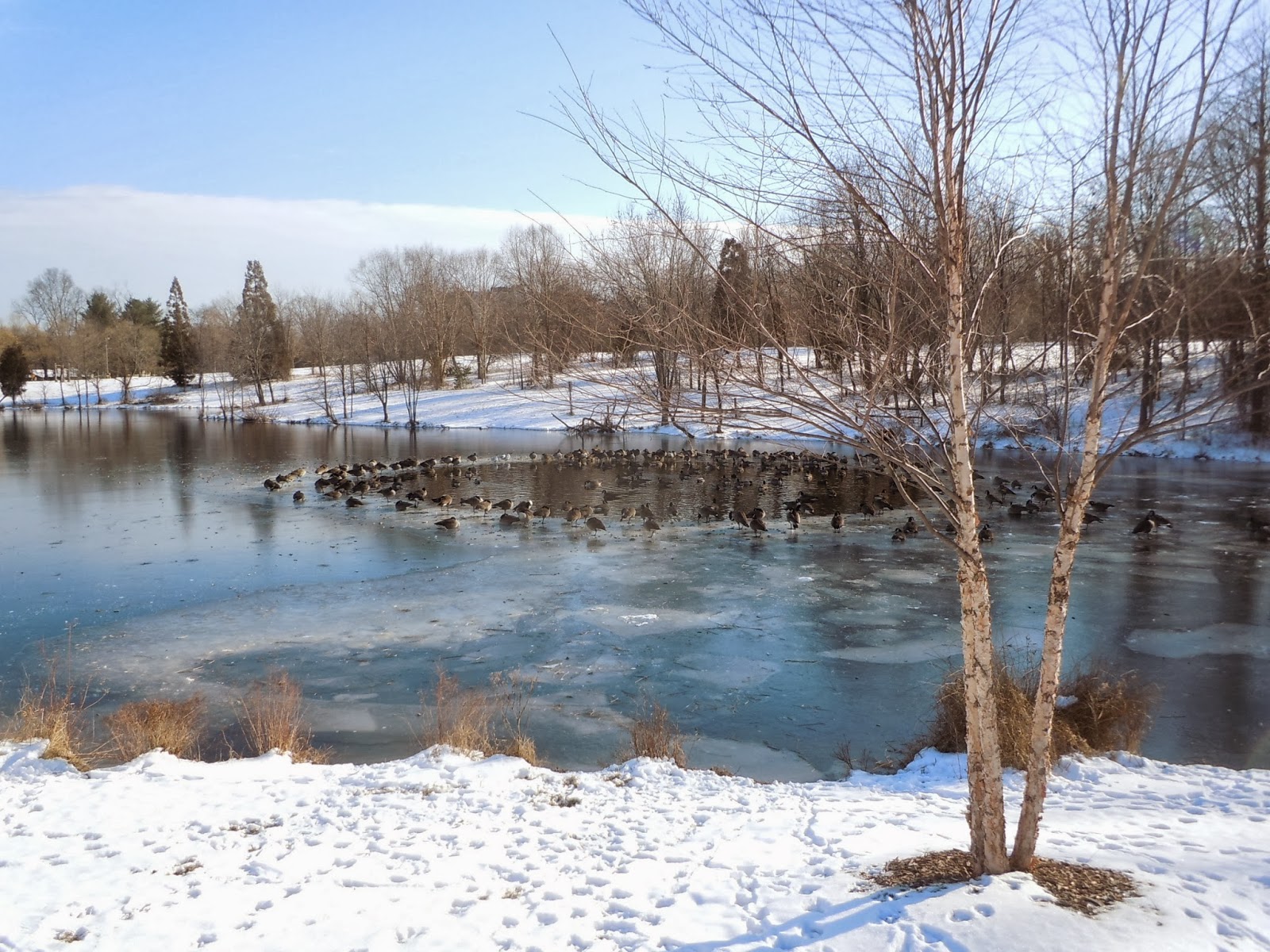 The Golden Age of TV

Lately it seems I've noticed a number of articles using this term. From what I gather, the idea is that the success of The Sopranos has brought in a wave of evening adult dramas which like afternoon soap operas have an on-going story rather than standard series 1/2 hour and full hour plot.

We weren't getting The Sopranos when it first showed because we didn't have HBO, but we got the DVDs from the video store (remember them?) and did what is now called binge watching. I liked it very much and watch the reruns more often than I should on HBO which we now get.

We are big fans of Mad Men and look forward to every new season.  Breaking Bad, of course, was widely acclaimed by just about everyone it seems, but we didn't watch it. I caught many episodes a few week ago when the network ran them consecutively, and I understand the popularity.  I like Boardwalk Empire and think it's especially good visually, but Pam doesn't watch because of the violence. Same goes for Sons of Anarchy which I watch once in a while.  So far, I like this new series, True Detective, and Pam also watches.

I don't know whether this is TV's Golden Age or not. For me the Golden Age may have been in the late 50's and early 60's when there were a ton of Westerns. At the time, they suited me fine.
Posted by DJones at 12:40 PM No comments: 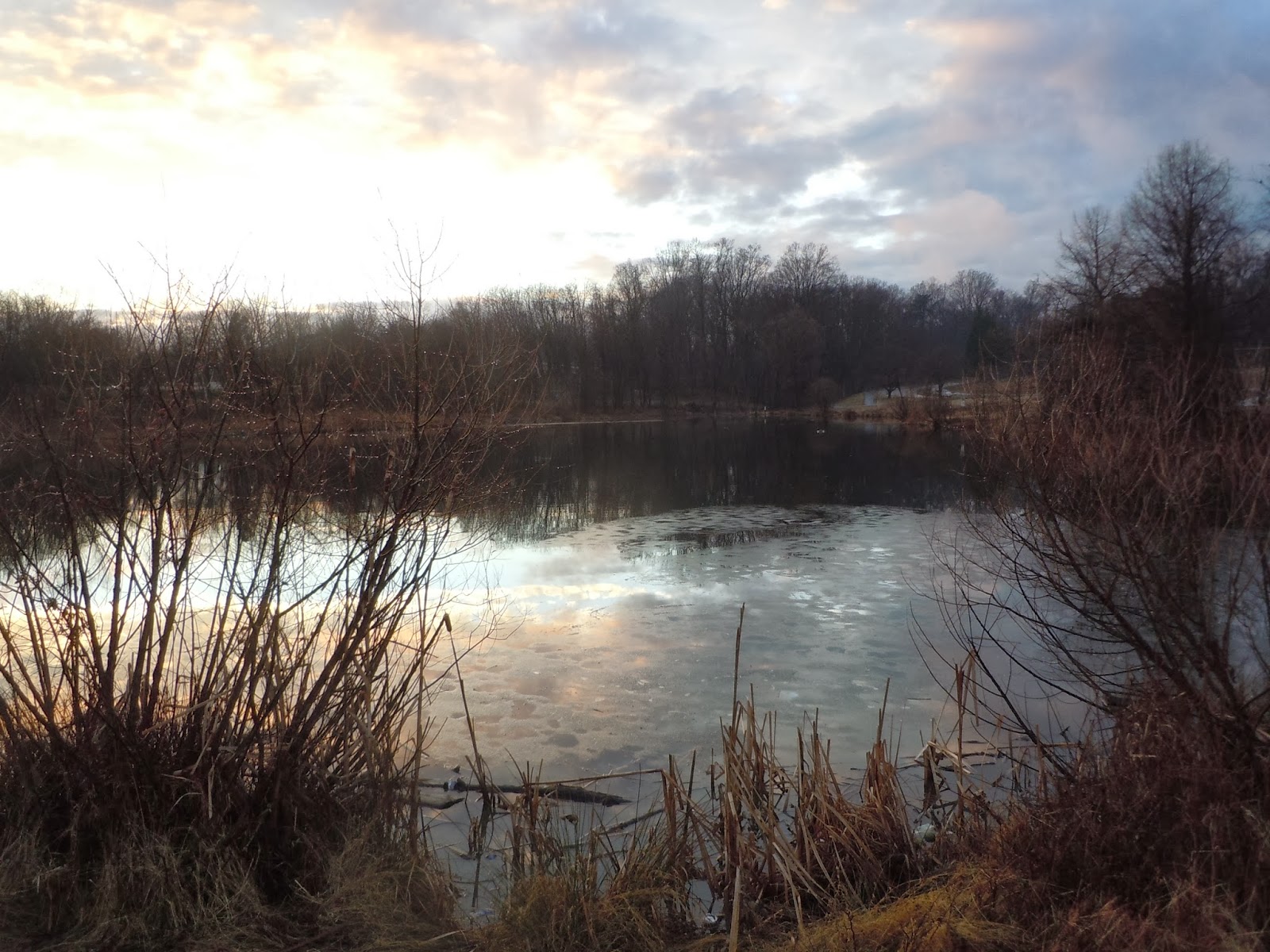 A cliché about the 1960's is that if you remember them you weren't there.  This always struck me as not only untrue but confusing because it implies that the notorious substance use of that decade would have wrecked the memories of the participants.  Maybe so if the substance was alcohol, but the dominant drugs of the sixties were marijuana and LSD.  Like a lot of us, Neil Young discovered marijuana in the sixties, and he continued using it until recently yet remembers most everything.

His memoir is casually conversational, and at times he speaks directly to the reader in a stream-of-conscious manner.  He mentions once that the sequence of the songs on any of his albums is important to him, so I assume the sequence that he recounts his life is likewise deliberate.  It certainly isn't chronological.  It probably also isn't an oversight that he doesn't furnish an index, something I find useful in any nonfiction, but he may have decided an index might encourage picking and reading subjects at will when he wants to reader to go through the book in order.  My initial reading was slow because I sometimes put it aside to do some reading for my classes, not because it was ponderous.  Indeed, it was a fun read, and when I completed it I went back to the beginning and skimmed back through it.

Neil Young strikes me as a sincere man who is honest about his faults. When he tells about first driving from his native Canada to California with a small group of young men and women, he describes deciding with another traveler to abandon the rest of group without warning.  He doesn't express any guilt over this, but a few pages later he recounts a conversation with fellow musician Stephen Stills years later in which they discussed the concept of loyalty and the conflict with the drive to be continually moving forward.  He also admits to avoiding confrontation many times in his life.

Young's life has not been entirely one long hippie joy ride.  Since childhood, he has been beset with serious health issues, and the health issues he has had to deal with regarding two of his sons have been daunting.  By many accounts other than his own, he has faced these issues with courage and persistence and has been a loyal and loving father and husband for over thirty years.  He continually expresses love and praise for his friends and family and has very few negative things to say about anyone.

The reader hears a lot of detail about things of importance to Young:  guitars, model trains, cars, but ultimately it's the music, always there in the background when it isn't the dominant subject.  I think I'll listen to some Neil right now.
Posted by DJones at 2:15 PM No comments: 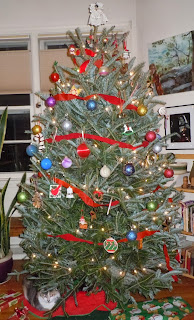 I like decorating Christmas trees, not just because I like the look but because it means the beginning of the holiday season.  Like last year, Lucy found her way into the annual tree photo. It seemed like all the cats enjoyed hanging out beneath the tree, more so than in the past. 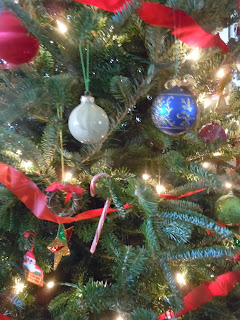 Although I don't look forward to taking the tree down, I know they tend to start looking pathetic if you keep them up very far into January and this knowledge provides incentive.  This year, I decided the sadness of taking it down can be further offset by considering the un-decorating of the tree as the completion of the holiday ritual.  Just like the Olympics, we have both an opening and a closing ceremony.
Posted by DJones at 5:13 PM No comments: