While walking in the woods today...

... along Paint Branch Creek, I came across this grouping of animal hair.  The find wasn't by accident because a neighbor had described the scene and location to me.  I've handled a lot of deer hair while tying flies for fishing, and I'm 90% certain that's what these are, probably from the rear section. 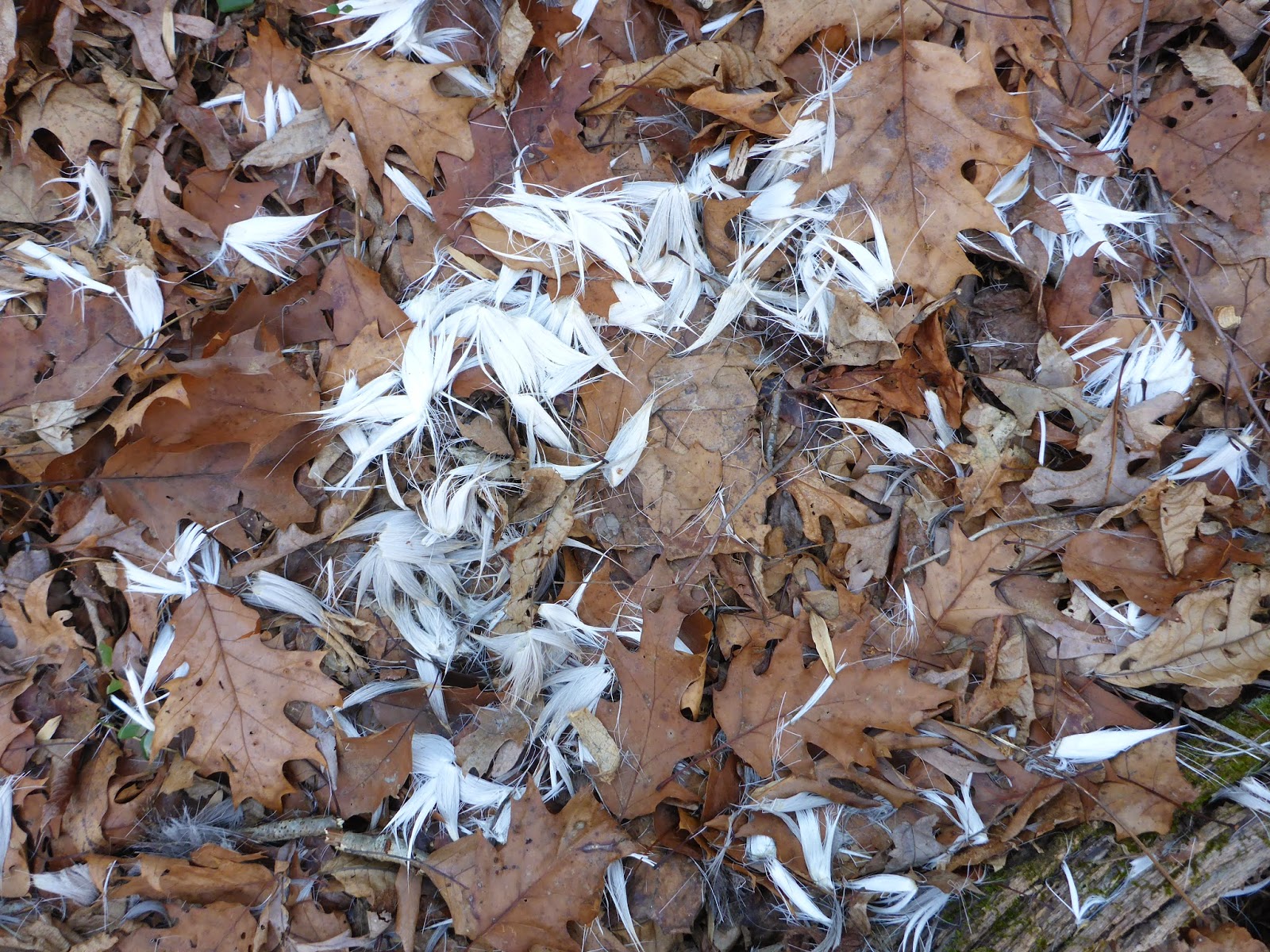 Among the browns and grays of the winter woods, patches of green stand out, and I guess that's why this moss growing on a tree stump caught my eye: 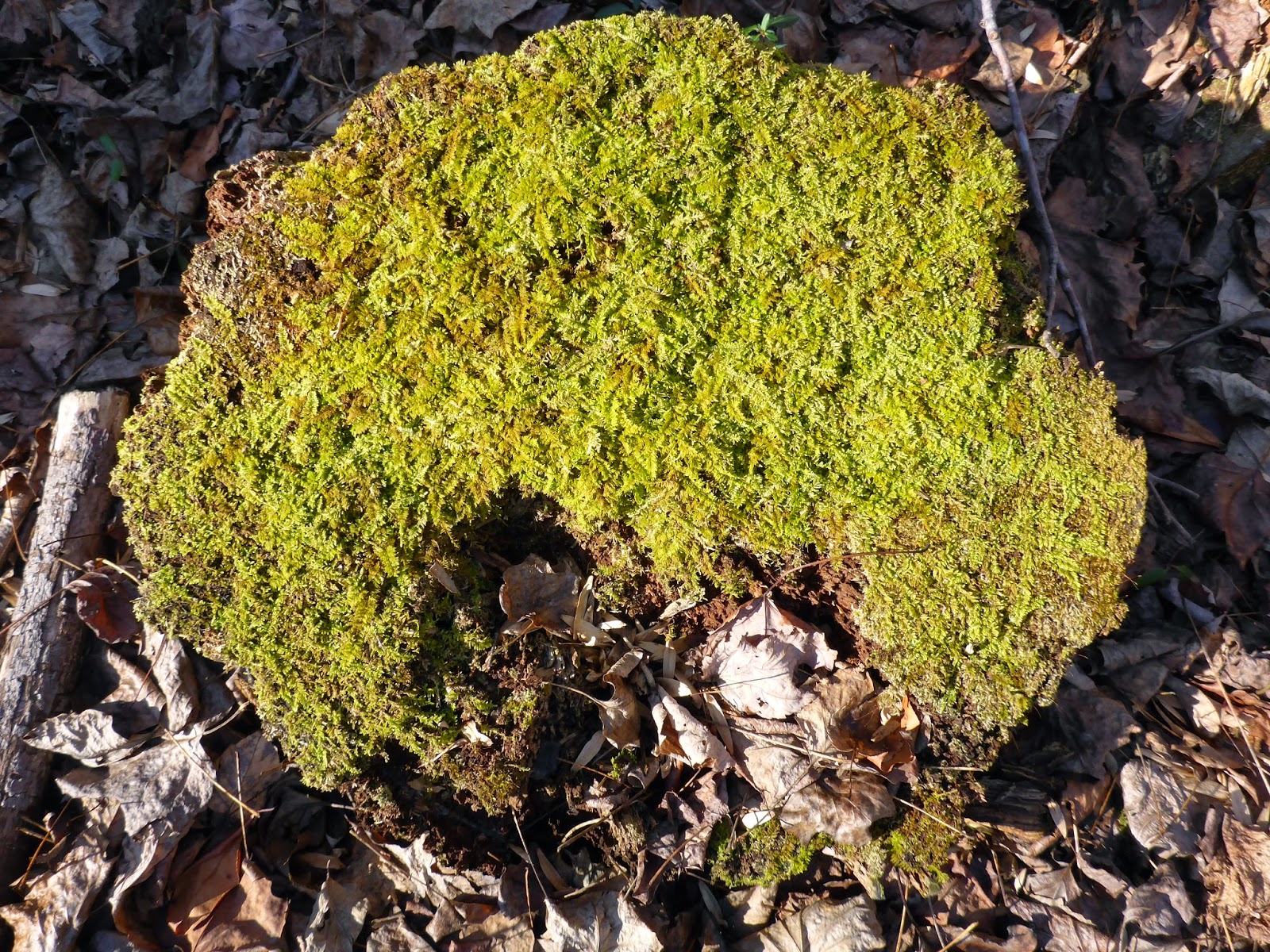 The camera I used today is a gift from daughter Rebecca and son-in-law Sean.  It's waterproof, so they correctly figured it would be handy for my fishing trips.
Posted by DJones at 2:54 PM No comments: 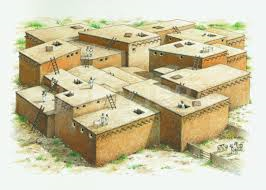 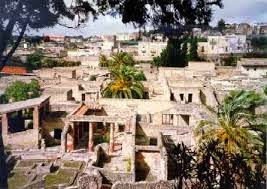 Posted by DJones at 1:08 PM No comments:

The Potomac from Georgetown These days I seem to visit Georgetown only when I drive Pam to her hairdresser's, and that was the case yesterday, a foggy winter's day.  While she was getting her hair done, I walked down to the river and took this picture of the Key Bridge crossing to the Virginia shore.  I could have browsed stores, but I guess I'm drawn to the water.  Astrologers might say it's because my sign is Pisces.

People seem to have an affection for fictional outlaws (and sometimes real ones) as long as they are portrayed in an acceptable manner.  For example, when the outlaws are shown to be loving husbands and fathers, they become humanized and sympathetic.  It also helps when they display loyalty and honor among themselves and also when their crimes are of a nature that doesn't seem too offensive.  Frank and Jesse James were bank-robbers, and for many of us it doesn't seem nearly as bad when the crime is against a financial institution as oppose robbing the common folk.  In many of the many films about the James Brothers, they are also shown with their families, so the movie-goer tends to identify more with the outlaws than with the lawmen pursuing them whose domestic life is never portrayed.  Family life among criminals is central to many Mafia movies such The Godfather, a movie which also softens somewhat their crime-life by displaying their refusal to deal in hard drugs.


All this brings me to The Sons of Anarchy, a TV series about an outlaw motorcycle gang which ended recently after seven seasons.  I watched most episodes for the first few seasons, but after that I missed many, including an entire season, I believe.  However, like a soap-opera, it wasn't too difficult to get caught up once you were familiar with the main characters, and I shrugged off not knowing all the complexities of the many subplots.  One early subplot involved a rivalry with a neo-Nazis gang, and I decided that another way to make a criminal gang sympathetic is to pit them against a more odious group like the Nazis.  Like the James gang and Godfather's Mafia gang, the motorcycle gang's members, or at least their leaders, were shown to be loving fathers and husbands, and their main methods of money-making seemed to be illegally selling guns (that alone would make them heroes to many Americans) and adult pornography which isn't really a crime.


I don't have any direct experience in the outlaw life, but when I was young I had friends who made money in an illegal activity.  I observed then that a big difference between a legal and an illegal business is that criminals could not go to the courts when cheated out of money in their dealings.  The willingness and the ability to use violence then becomes an important method of keeping those dealings straight.  (My friends were not violent people, and that hurt them in their business at times.)  Violence and criminal activity are generally linked then, in my opinion, so fictional portrayals of a criminal gang like the Sons of Anarchy Motorcycle Gang are likely to be violent, and the series certainly was.


Some TV critics have compared The Sons of Anarchy to Hamlet.  While no one seriously puts this TV show in the same literary league as Shakespeare, I do think the series aimed high in its themes, and Shakespeare as well as the classic Greek dramatists were often pretty violent as well.  The storyline of The Sons of Anarchy built up to a bloody crescendo, and in the series finale the main character faced directly what he was, a criminal and a killer like his father, and wanted to break the cycle of violence for his own sons.   I found this last episode moving, and even days later it's still in my thoughts.
Posted by DJones at 8:00 PM No comments:

The Maryland team was undefeated until last night when we had to play one of the top ranked teams in the nation without our best player and one other starter. 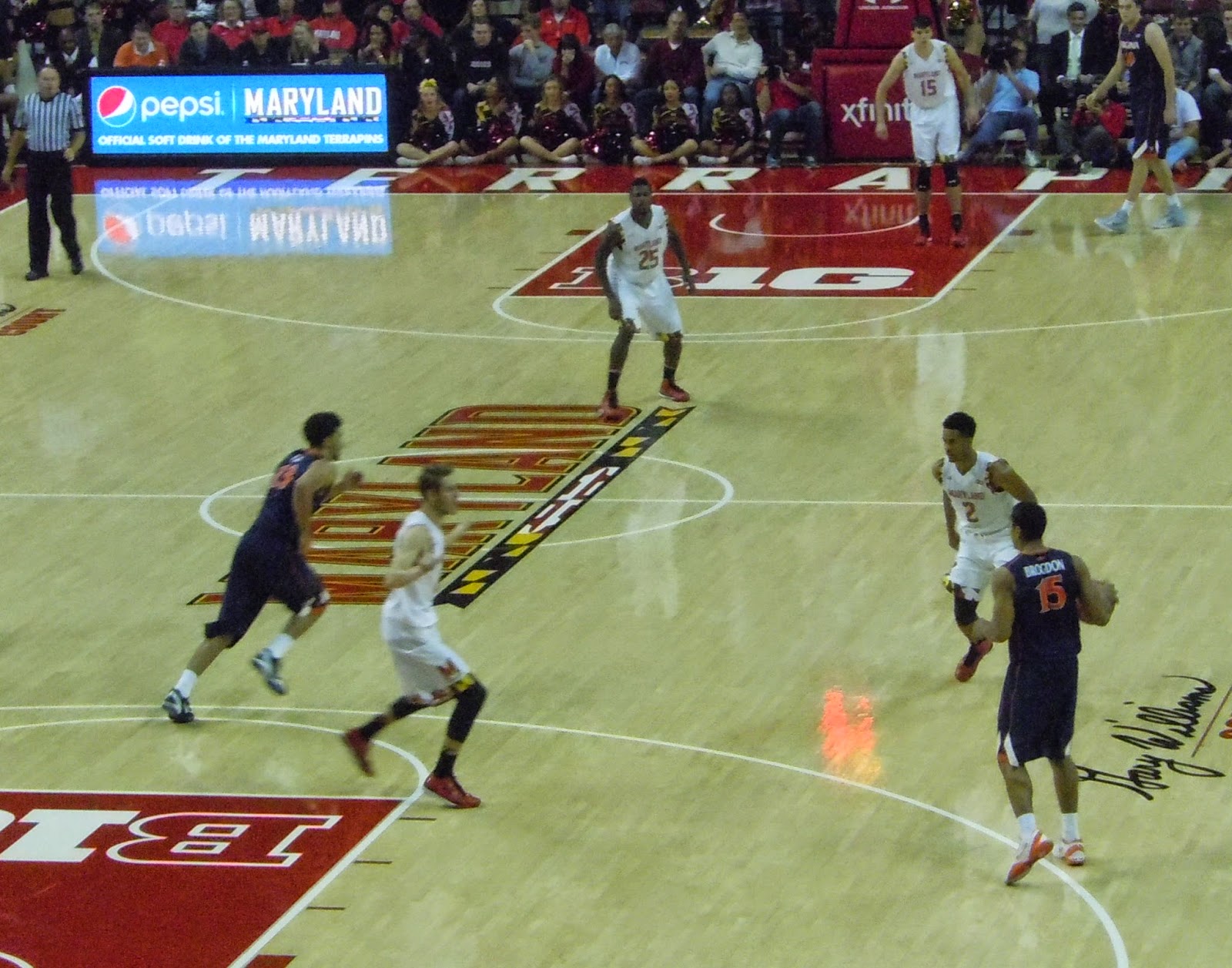 Even though it was a loss to Virginia, the arena maintained a supportive and even festive atmosphere. 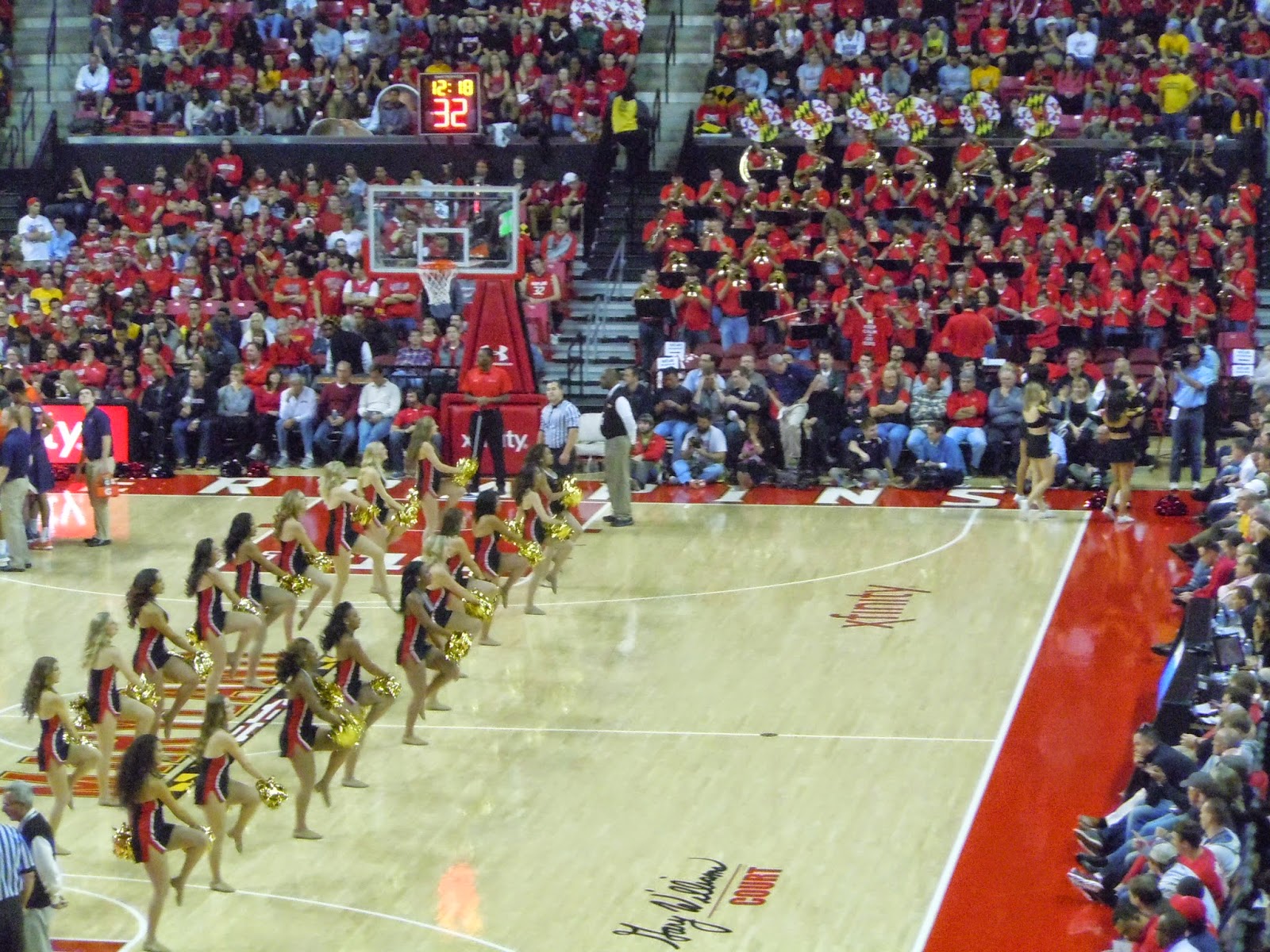