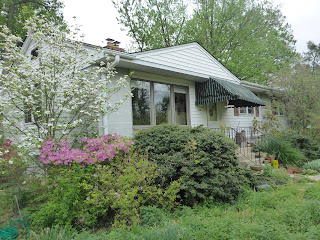 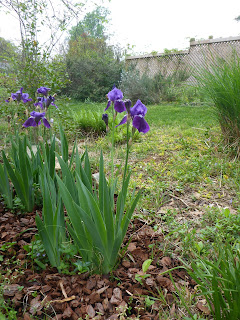 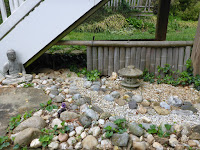 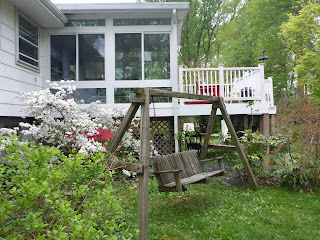 Posted by DJones at 3:07 PM No comments:

Just as the cycle of the natural world bring the anadromous fish from the salt water up into the freshwater rivers to spawn, it brings me out to fish for one species, the shad. For this, I seem to have settled on Fletcher's Boat House on the Potomac in recent years.

Wednesday morning, the man at the counter looked vaguely familiar to me and I guess I to him because he didn't ask for a driver's license when I rented a row boat. He was unusually pessimistic about the fishing and suggested I try upriver where there was more current. The river levels are lower than usual at this time of year because of the lack of recent rain.

Always like the look of the Virginia shore from the river at Fletcher's Cove: 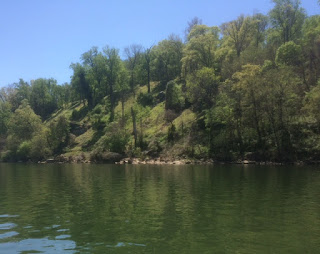 As usual, many boats are visible at any moment, so you have a sense of how well other anglers are doing and no one seemed to be catching much. I have to admit some smug satisfaction about my success which was slow but steady. In the end I got about a half dozen shad, all hickories, mostly on the spinning rod but a couple on the fly rod, in about three hours of fishing.

Came home and fished at the pond where I caught my first bluegills of the year. They were good size and I should have kept a few. 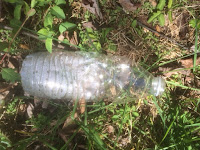 I'm not talking about the re-useable ones. My hate is directed at the one-time use bottles which apparently require the user to discard wherever he or she happens to be at the time without taking the time to look for a trash container. Wherever I go outdoors these are the overwhelming main source of litter. I heard that San Francisco has banned them, and good for those citizens if that report is correct. I hope everywhere else bans them too.
Posted by DJones at 4:54 PM No comments:

After brunch with Rebecca, Sean, and Sean's parents yesterday, we meandered through this DC neighborhood on our way back to the car. Although many of the small front yards were attractively landscaped, this one stood out for novelty: 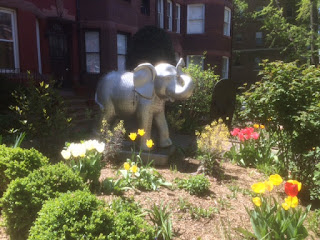 Maybe we should consider an elephant decoration for our yard?
Posted by DJones at 11:27 AM 1 comment:

The dead are not meant to go,
but to trail off so that one can
see them on a distant hillock,
across the river, in dreams
from which one awakens nearly healed:
don't worry, it's fine to be dead,
they say, we were a little early
but we could not help ourselves.
Everyone dies as the children they were...
Since his death at the end of March, I've been thinking about Harrison and have realized that I've read more words written by him than any other person. Those words were in essays, memoirs, novels, novellas, but it's been towards his poetry that I've turned, possibly because he thought of himself primarily as a poet. Poets like writing about death, so I had no trouble finding passages. The words here are from a poem in the collection The Theory and Practice of Rivers which was dedicated to his niece after her death while still a teenager.
Harrison was fond of many things in life: eating, drinking, religious writings, women's bottoms, fishing, bird hunting, music. These often are mentioned in his writings so that those of us who didn't know him personally knew him through his words and will miss him.
It is that, but far more:
as if we take a voyage out of life
as surely we took a voyage in,
almost as frightened children
in a cellar's cold grey air;
or before memory- they put me on a boat
on this river, then I was lifted off;
in our hearts, as it is always just after
dawn, and each bird's song is the first,
and that ever so slight breeze that touches
the tops of trees and ripples the lake
moves through our bodies as if we were gods.

Early April walks in the park

First in the afternoon: 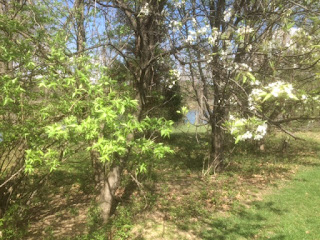 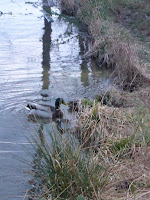 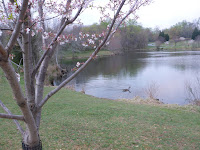 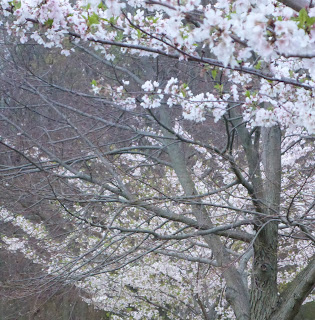 Posted by DJones at 9:32 PM No comments: