Yesterday at the Pond 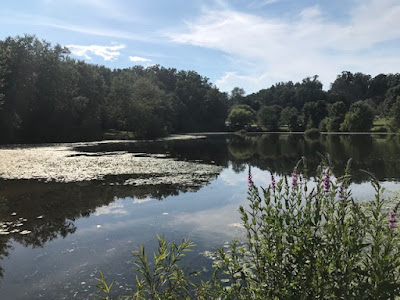 Above photo taken in late afternoon. Photo below taken a few hours later. 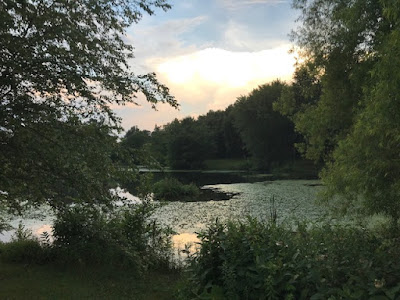 Posted by DJones at 7:27 PM No comments:

I've written about the Golden ID program at the University of Maryland. One of our members has been organizing summer events, and Monday we toured the Riverdale Mansion which I described last summer when I attended a musical event there. The mansion was built in 1802, and the estate once included lands that became part of the University. 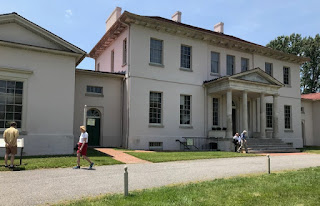 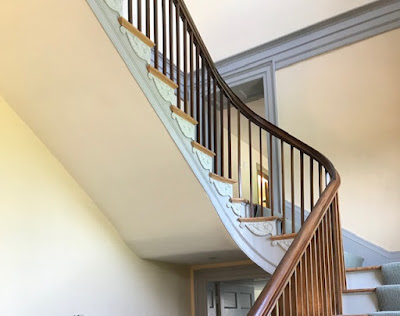 Posted by DJones at 2:00 PM No comments:

Sean took this one of Pam and me: 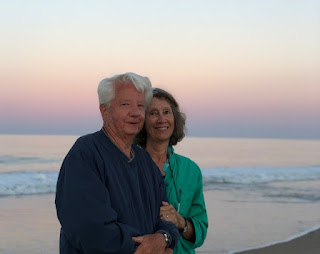 I meant to include this one on the previous post. During the season Bethany often has evening band concerts. We heard this band performing some excellent covers of Queen and the Dooby Brothers: 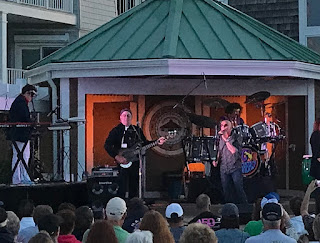 Clouds over the pond 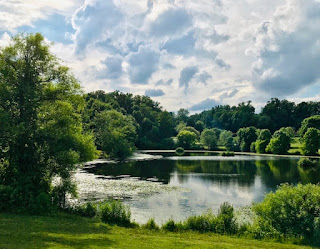 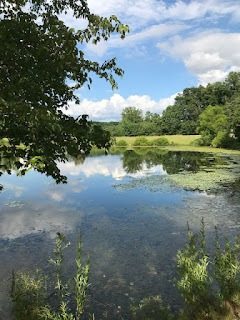 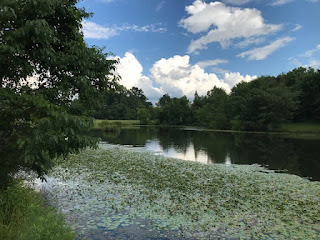 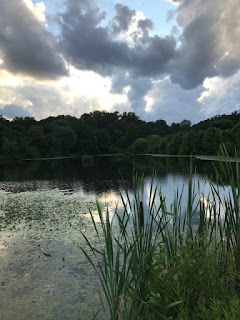 Posted by DJones at 1:26 PM No comments:

Beach Week with Rebecca and Sean

Despite the negative forecasts, we had nice weather at Bethany Beach last week. Daughter Rebecca and son-in-law Sean are always great company. 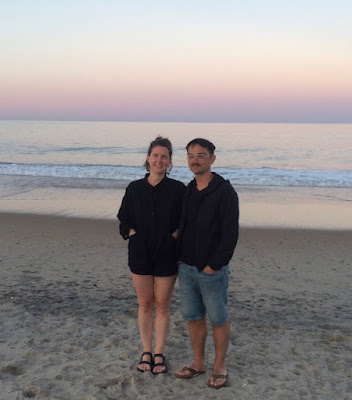 Here they are a Mickey's Crab House which is a standard stop during our visits: 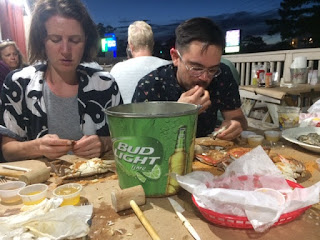 It has also become traditional to bring some complicated jigsaw puzzles. Rebecca is the most obsessive about working on them which I think might be because she finds it relaxing for her vacation brain. 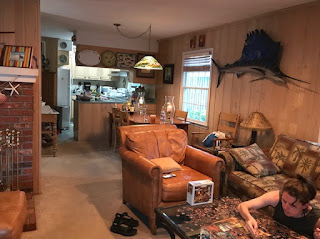 ﻿
We've been vacationing at this beach since 1987, staying in various houses. This was the first time for this house, and we liked it. 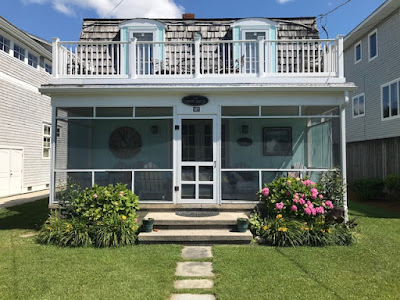 Posted by DJones at 3:58 PM No comments: 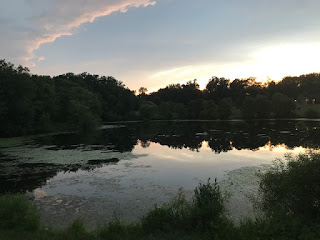 The Feral Detective, a novel by Jonathan Lethem

The protagonist, a thirty-some woman named Phoebe, travels from New York City to Southern California to search for the daughter of a friend. The missing woman left her college dorm and cut off communication with her mother, and the only lead is her fascination with the singer-poet Leonard Cohen who died when the results of the presidential election of 2016 were determined. The shock of that election hangs over Phoebe as she enlists the help of a detective who specializes in such cases, and their search takes them far from modern Los Angeles to the city's wild edge of mountains and deserts among people who live off the grid.

Phoebe as the first-person narrator gives the reader an early sense of where the novel goes when she says "The story involves a missing person, and it could well be me. Or you or practically anybody." Or as the detective puts it, "Who's not missing?" It's a good question for anyone who had their assumptions about the American people and American politics shaken at that time.

The witty and talkative Phoebe contrasts with the laconic and mysterious detective, and the New Yorker cannot help expressing her wise-cracks even though she realizes they are falling on the unappreciative audience of the detective and the people living in Manson-like communes in the desert. Her comments, however, provide levity to an often tense story.

I enjoyed this book very much although, judging from the mixed reader reviews, many did not react so positively.
Posted by DJones at 6:04 PM No comments: