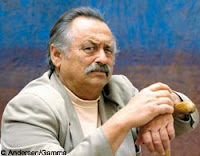 Gnosticism played a role in the last two novels I've read, The Other by David Guterson and True North by Jim Harrison. I've read almost all of Harrison's many published books: fiction, nonfiction, and poetry; and the short mention in this novel of The Gnostic Gospels by Elaine Pagels was enough to make me read it.

This is not the first time I've read a book about religion that Harrison complimented since his also was my first recommendation of Stephen Mitchell's The Gospel According to Jesus. Don't conclude that religion is a common topic of his writing, however, as the topic runs well behind drinking, fishing, and sex. In his novels there must be 10 times more descriptions of the beauty of bare female bottoms than of anything remotely theological (Harrison is clearly an ass man), but even though his religious references are unusual and brief his thoughts weigh heavily on me because I admire his writing

Harrison's memoir Off to the Side describes his embrace and subsequent rejection of Fundamentalist Protestantism as a teenager. He is well read in Buddhism which makes his interest in Pagel's and Mitchell's books logical since Mitchell is a Buddhist and Pagel's book on gnosticism discusses its similarity to some aspects of the Eastern religions.

Both The Gnostic Gospels and The Gospel According to Jesus challenge traditional Christianity although they show great respect for the teachings of Jesus. They both give me much to think about concerning religion and history.
Posted by DJones at 7:43 PM No comments: 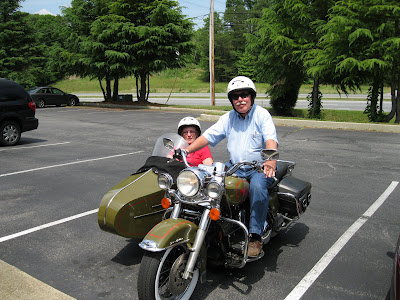 Had a motorcycle for a few years but never had the opportunity to ride in a side car until today.

Pam and I drove down to Southern Maryland to have lunch with friend John who I'd gotten to know through Marv. Other than his loved ones, John's passions in life are guns and motorcycles. After lunch, I got in the side car, and we drove up route 4 to while Pam and John's wife Mary Catherine followed in our car to a store which sells model trains (a distant third interest of John's) and quilting supplies. I looked at the train stuff with John, and the ladies shopped for quilt stuff.

Before saying goodbye, Pam took the above picture of John and Mary Catherine:
Posted by DJones at 5:43 PM No comments:

One of Marv's Poems

On Things Not done

Though I put my thoughts to rhyme
Perhaps better would be to mime
But action I fear to do
Lest my fool folly to rue
And comes the day to fear
When dire blackness appear
It all is not to matter
For naught but dust to scatter
Posted by DJones at 5:02 PM No comments: 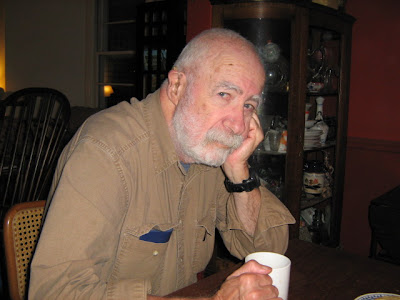 Good-bye, Marv. I loved you and will miss you always.
Posted by DJones at 3:22 PM No comments: 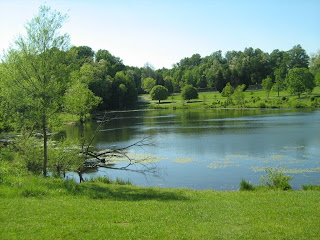 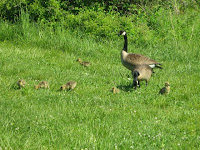 The fish aren't the only animals reproducing right now.
Posted by DJones at 6:09 PM No comments: 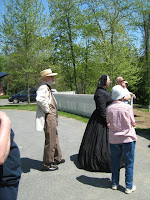 Today we had the fourth session of our archaeology course and the first that we actually got hands on.

This visit was to the Needwood Mansion between Rockville and Olney. There was a couple dressed as the Robertsons who owned the plantation at the time of the Civil War. Staying in character, they complained of the Yankee Army looting their belongings and their slaves running off. 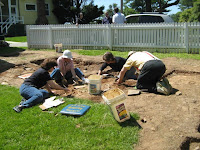 After touring the mansion, we then organized into groups and began to dig. 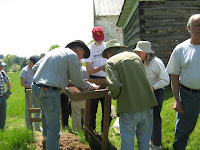 We then sifted the dirt through screens in search of artifacts. We didn't find anything dramatic, just some glass and a nail which we placed in a bag and documented for further study by experts. It was fun, and we learned a lot about the process.