In the late afternoon I got out of the shower and noticed rain and sunshine out the bathroom window. "Got to be a rainbow around somewhere, " I thought and went for a closer look, and sure enough there was a beautiful rainbow spanning the sky to the east. As I threw on some clothes I called out to Pam, but she was already on the deck taking photos. I took some too, but hers were better: 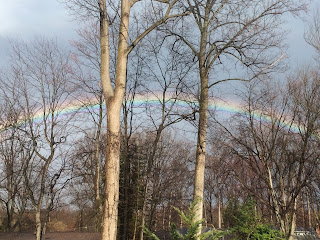 This whole month has seemed more like March than February. It's not just the unseasonably warm days that we've had, like today and predicted for tomorrow; it's the whole look and feel of the outdoors, even on the cold days.

The crocuses have been blooming for about a week and a half, but today was the first day I've gotten out to photograph them in the yard: 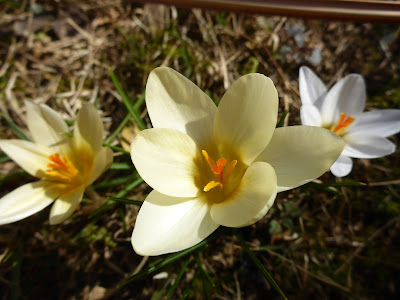 I can't resist taking these pictures every year. I managed to get a shot of a bee on this group of flowers. He's on the lower left: 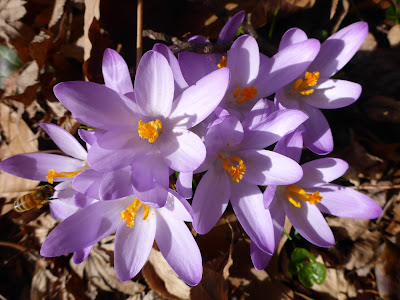 Unlike the crocuses which are wild, the last picture is one of the hellebores Pam has planted: 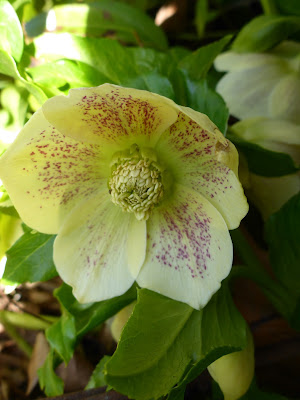 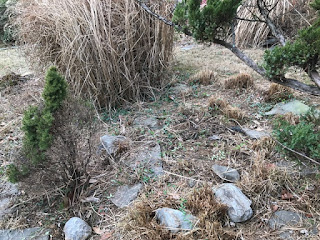 Posted by DJones at 4:45 PM No comments: