Calm morning at the pond 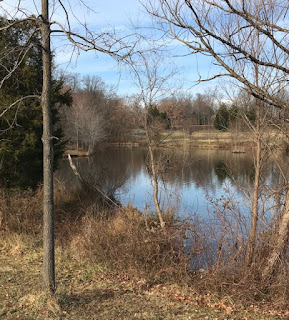 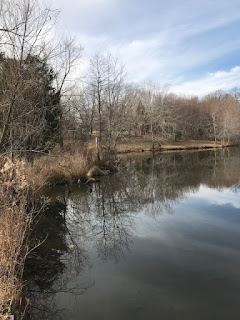 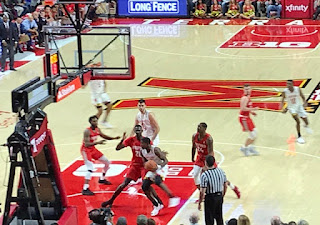 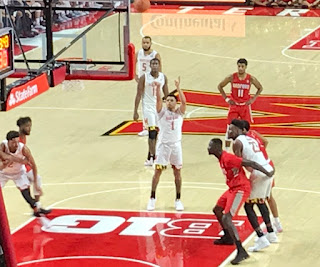 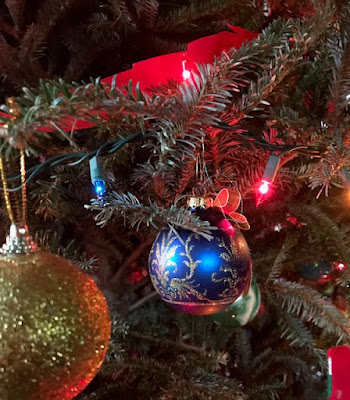 Pond iced over during a cold week 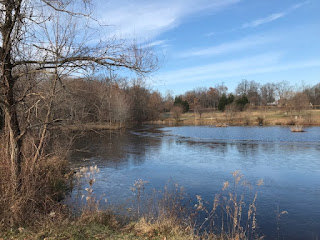 I took this picture on Monday when the pond was about 3/4 ice. Other mornings during the week it was almost completely ice, but by Friday the temperatures warmed up and the rains came, enough rain to make 2018 the rainiest year on record.

Saturday I watched a large white bird land in the pond, and my first thought was that it was a mute swan, a species I knew to be considered an invasive nuisance in Maryland. 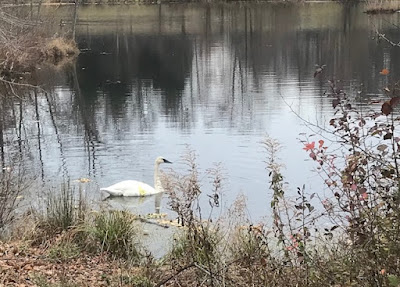 I continued to follow the swan around the pond and took a number of pictures with my phone. Soon I noticed two large yellow tags with inscriptions on them. I'm not certain how well these tags show up in these photos. 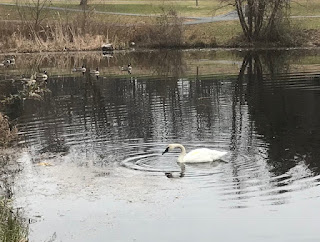 When I got home I spent time on the Maryland Department of Natural Resources website to learn about swans. Apparently, some tundra swans also winter here, and the two species look very much alike. Googling swan tagging brought me to a website in Ontario, Canada that described an effort to reintroduce the trumpeter swan which had once been common throughout North America but whose numbers had been to reduced to only a few because of market hunting. According to the website the Canadian group used tags which were described as looking exactly like the tags I had seen on the swan in the park. 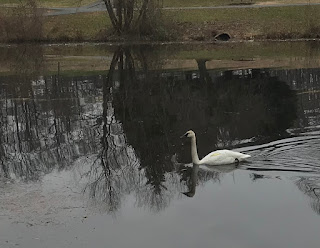 I returned to the pond twice in the afternoon, and looking through binoculars I could make out the letter "T" and the number "8" on the yellow tag. There was a third number or letter which was obscured by the bird's feathers. 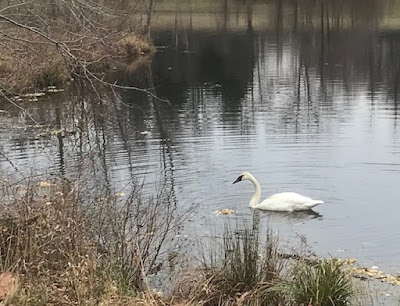 I spent much of the day looking through the bird books we have, and although the three species of swans look much alike I believe this was a trumpeter based partially on the dark beak and size of the bird but most importantly on its yellow tags. Based on what I've read I believe the swan's presence in Maryland is unusual because most of the trumpeter swans in the U.S. are out west in Wyoming and Montana.
After my initial sighting I e-mailed the Ontario website to tell them of the swan sighting in Maryland. If they answer my e-mail I'll tell them about the letter and number I saw. The swan was still there at the pond Sunday morning but flew away as I watched with my friend Stan. I haven't seen it since.
﻿
Posted by DJones at 7:21 PM 2 comments: