The days following Thanksgiving have been mild, so I thought I'd walk over to the pond to see what I could catch. Got about a half dozen bream on both wets and drys.
Posted by DJones at 5:09 PM No comments: 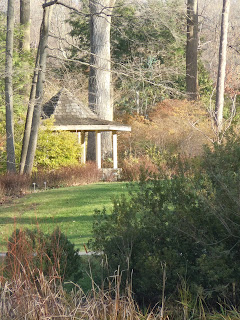 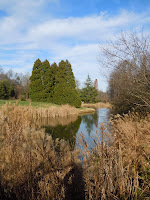 Nice place for a walk on a nice day. 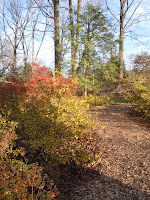 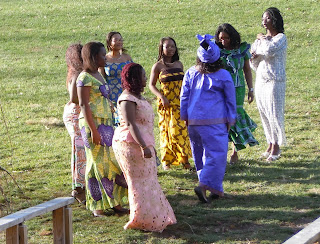 Most of the leaves have fallen... 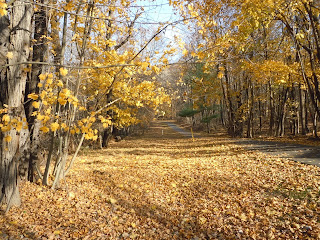 But I'm a sucker for autumn foliage, and the path down to Paint Branch Creek still has some maples showing their stuff. 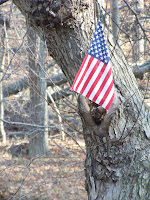 Odd patriotic display well off the beaten path in the woods.
Posted by DJones at 4:46 PM No comments: 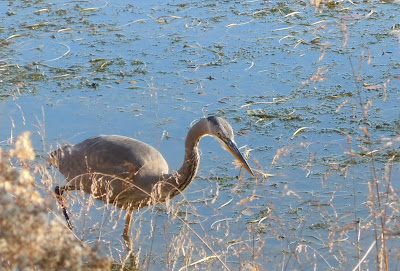 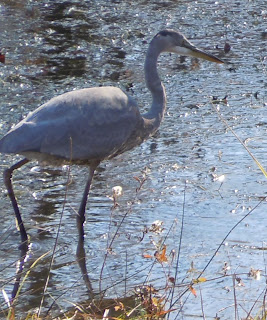 I see them often when fishing the Potomac, the Patuxent, the Patapsco and any sizable stream around here but not so often at the pond.

Visit from Margo and other pictures 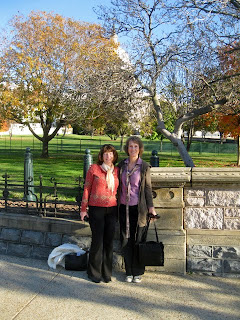 Yesterday Pam and I met old friend Margo who came in to DC with her boyfriend, Carroll who had work related meetings. While we waited for him, I took this picture of Pam and Margo in front of the Capitol. The four of us then had a nice dinner in DC's Chinatown. 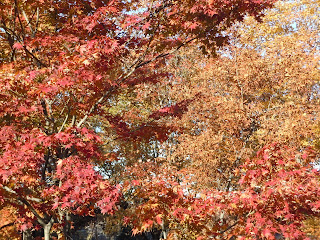 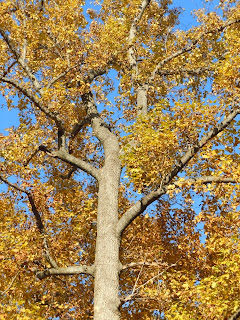 Today, I took a few shots just outside the backdoor. (doo doo doo, looking out my backdoor, as John Fogerty sang)
Posted by DJones at 9:18 PM No comments: 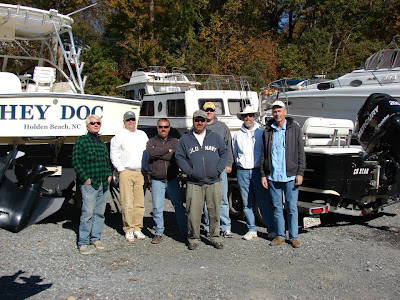 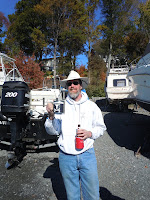 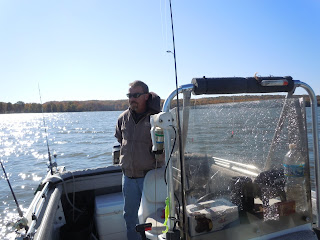 We got some good ones too. 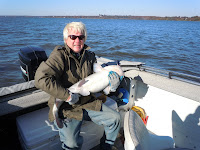 Posted by DJones at 3:54 PM No comments:

...at the Symposium on Sports Journalism at the University of Maryland.

I've attended these before but this was the best. Connie was there because husband Maury Povich was the panel moderator, and the annual event is named for his father who was a sports writer for The Washington Post for many years. Tonight's topic was race and sports, and the panel featured Michael Wilbon, Bobby Mitchell, Darryl Hill (first Maryland African American football player), Scott Van Pelt of ESPN, and former NFL Commissioner Paul Tagliabue.

Afterward, I walked over to Connie and told her she could still be our Homecoming Queen. She looked at me and asked if I was there then (1969 she was the Homecoming Queen at Maryland). I said yes and she gave me the big hug. Maury came over and I told him I was flirting with his wife. He answered "Of course" which was a pretty good response I thought.

Oh, yeah. She also said that if she didn't color her hair it would look about like mine. I told her she would still be lovely.
Posted by DJones at 10:31 PM No comments: