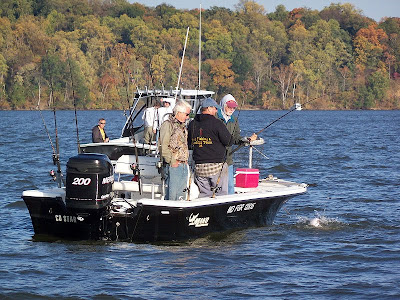 Sort of a mock competition among a group that met on an internet fishing board and formed our own board where we chat daily. We don't talk that much about fishing but it's still the common denominator, and yesterday was the fourth time this season that I've fished with various members of the group.

There were about a dozen of us on four boats that went out into the Potomac just a few miles below Washington, DC, and the prize went to the person who caught the largest catfish, a species I normally do not fish for.

The picture above shows Capt Mike and Charlie landing one of the catfish while I look on. In the background, Tip from his boat checks out his competition. 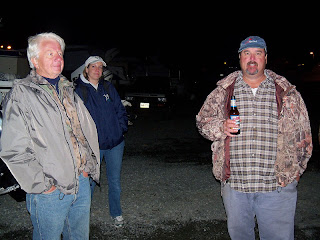 Later we ate and drank at in the parking lot of Fort Washington Marina. 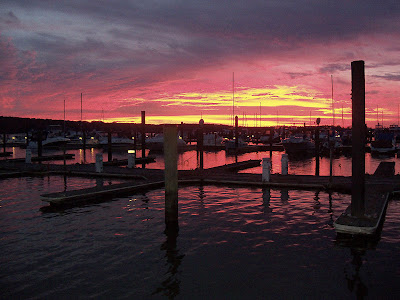 A memorable day ended with a beautiful sunset. Thanks to Fritz Riedel for use of his pictures. 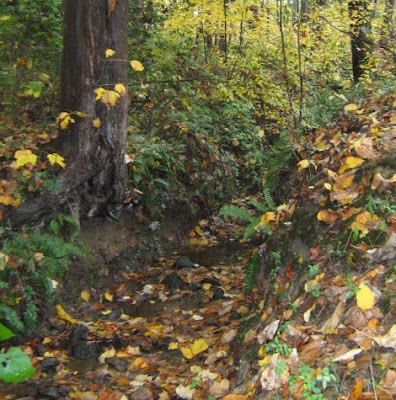 Great time of the year.

Rained before and after my walk.
Posted by DJones at 12:27 PM No comments: 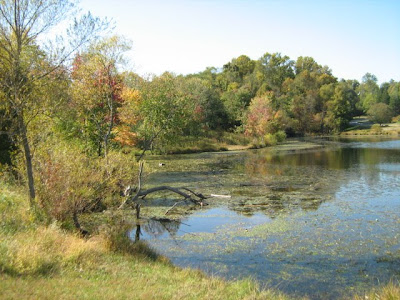 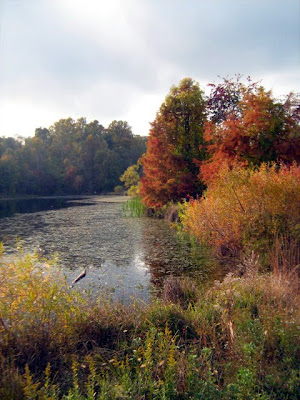 Above, the pond two days ago...

A couple of days in the mountains...

...visiting sister-in law in Gormania, West Virginia and niece who lives near Oakland, Maryland which is nearby. Always nice making the trip this time of year because the foliage changes as we travel west and higher in elevation. Temperature drops too, and it feels wintry up there at the same time it seems like summer has just ended in the DC area. 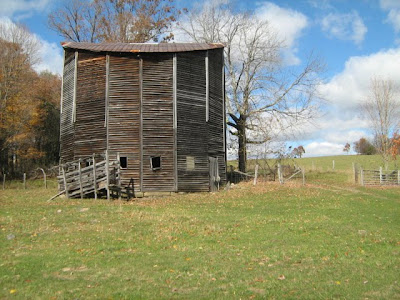 Pam's niece Sarah and her young family live in a rural part of Garrett County, Maryland, the state's westernmost county and one with a significant Amish population. It was the Amish who built the round barn pictured above. Round, the Amish say, so you can't get cornered by the Devil.
Posted by DJones at 12:51 PM No comments:

Matterhorn: one of the best novels I've ever read 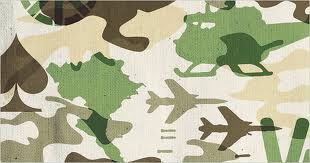 During a lull in combat in the Viet Nam jungle, a white Marine officer and an African/American subordinate attempt to have a frank discussion of race. The black Marine asks if anyone who has not been there in the bush fighting this war can really understand what it's like, and the officer admits that he doesn't think so. Well, there's no way you can ever understand what it's like to be black in America either, the subordinate says to the white officer.

I was never in the armed services much less in action during the Viet Nam War, so there's no way I can really understand what it was like. Reading this novel, however, is about as close as I could come to having a real sense of that experience. Whether at war or peace, humans act the way humans act, and the author Karl Marlantes' scenes ring true. Men act with love and hate, with wisdom and stupidity, and with courage and dishonor. Organizations are organizations, and decisions are based on perceptions at the top whether those perceptions are valid or not. But when decisions are wrong in the corporate world money is lost whereas when decisions are wrong in war lives are lost.

After I finished this 600 page book, I went aback and reread parts, the first time I've done that in years. I did so less so to replay the action but to zero in on various characters which Marlantes vividly creates in all their complexity and to decide with which of them I most identify. It many ways it was a black Marine from the rural Deep South. He was deep smart rather than fast smart, as another character described him, and fast smart was better in their situation. I sometimes have thought that I might not have done well in that war because I too see myself as deep rather than fast smart. Religion was important to the black Marine even though he struggled with his Christianity in the face of the suffering he saw and felt.

The Marines ponder the nature of good and evil, the arbitrariness of life and death while they also hunger for women who are, of course, totally absent. Some of these men die as virgins without ever having experienced the sexual love of a woman. And yes, some scenes are gory and unpleasant, but to me getting through them was worthwhile.

The author was a Marine combat veteran of the Viet Nam war who was highly decorated for valor. This is the only book he has written and he spent 30 years writing it. I'm glad he did.
Posted by DJones at 12:37 PM 2 comments:

Many, many fall fish and a small bass but no trout. Spotted rising fish shortly before leaving and caught one on a deer hair dry fly. Turned out to be a bluegill.
Posted by DJones at 8:32 PM No comments:

Yes, to dance beneath the diamond sky 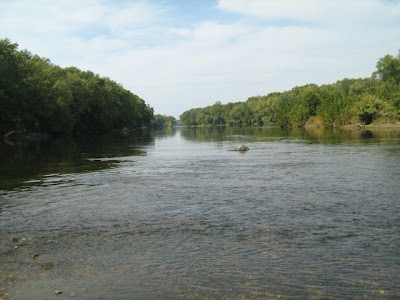 With one hand waving free,

Silhouetted by the sea,

Circled by the circus sands,

With all memory and fate,

Driven deep beneath the waves,

Let me forget about today until tomorrow.

Hey! Mr. Tambourine Man, play a song for me,

I’m not sleepy and there is no place I’m going to...

Obviously, I've been listening to Bob Dylan. Mr. Zimmerman and Townes Van Zandt provided the soundtrack to my fishing today up to Nolands Ferry for what might be my last upper Potomac trip this year. Weather was beautiful but the catching only fair. 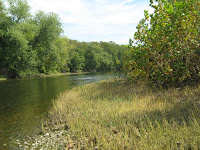 Water level 1.31 at Point of Rocks

Two nice rainbows this afternoon, one 11-12 inches and the other a very strong and bullish 14-15 inches.

I had planned on spending a pleasant autumn afternoon catching bluegills and hoping for a bass or two with my five weight fly rod. Had about a dozen gills by mid afternoon before I realized the river had already received its fall trout stocking. I moved downstream and replaced my B & B with a crystal bugger which I knew to be effective on recently stocked rainbows. I caught the two trout within 20 minutes. 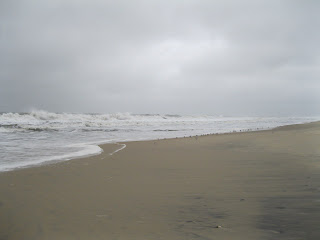 Spent two days with Margarette and George at Bethany. Had a wonderful dinner at Grove Market Restaurant in Bishopville, Maryland Sunday night. Went for an invigorating walk Monday morning on the beach. The sea was angry that day, in the words of George Constanza, like an old man returning soup at a deli.

Picture by Pam.
Posted by DJones at 3:47 PM No comments: 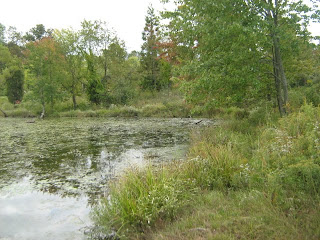 Put on waders and went in to get trash out of the pond last Thursday and must have pulled out 30 or 40 tennis balls. It was slow going to wade through the vegetation. Went back on Saturday wearing shorts rather than waders and with a fly rod. Caught a bluegill early and then concentrated on picking out more trash. 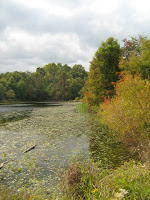 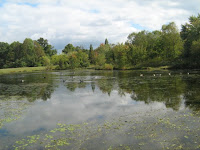 Posted by DJones at 9:31 PM No comments: