Commonly called stoneflies, these aquatic insects spend most of their lives underwater in what's called the nymph stage.  To undergo their metamorphosis to the adult stage, they make their way out of the water onto rocks or trees where they sprout wings.  For mating, the males make a drumming noise (the beat goes on) by pressing their abdomens against the leaf or ground or whatever they're standing on in order to attract a female. 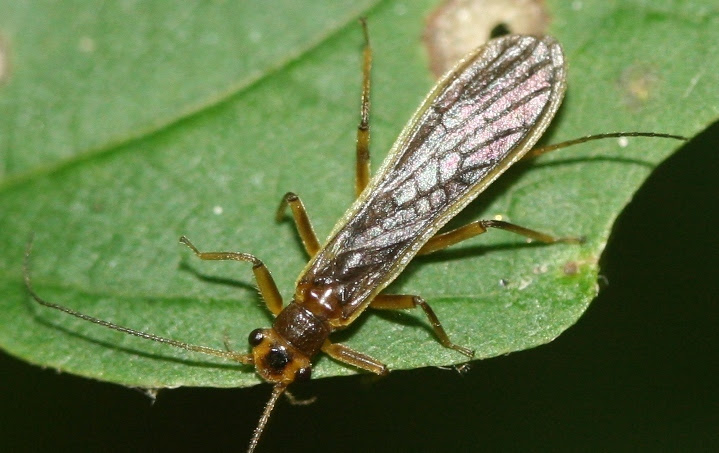 However, sometimes they find themselves perched not on a rock or a leaf but a fisherman who is standing in a stream near the shore in search of trout.  Such was my situation on Friday on the Little Patuxent.  The momentary annoyance about having a bug crawling on my chin was offset by the realization that this stonefly hatch would be of interest to hungry trout, and sure enough I soon spotted a rising fish feeding on them.

I've caught trout on this and other streams in early Spring in exactly these circumstances, but not this trip.  I tried three or four casts to the spot before the fish stopped rising and I had to head for the car to travel home to get ready to go out on the town with my wife.   Even though I didn't catch anything, it was worthwhile to witness again this natural cycle.
Posted by DJones at 7:52 PM