It's the time of year when the view changes daily... 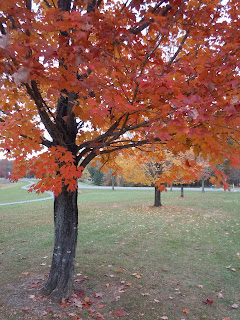 These were taken three days ago on a walk in the park.  The view today would be quite different as Hurricane Sandy moves in. 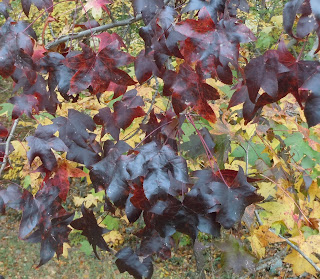 Posted by DJones at 1:43 PM No comments: Links to this post

Field trip to the Smithsonian

Our geology class took the subway today from College Park into DC to the Natural History Museum.

The professor is placing a standard geological scale on some petrified wood next to the outside steps: 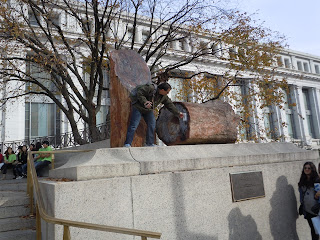 Inside he's showing us a depiction of what the earliest life forms on earth are believed to look like: 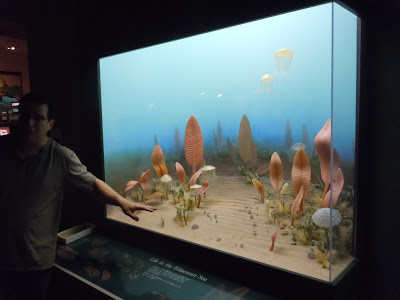 The students and the professor gather out on the Mall to prepare to return to campus: 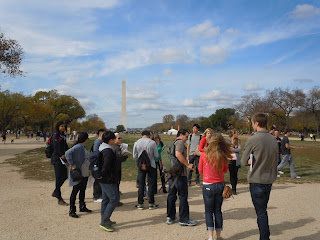 Posted by DJones at 7:47 PM No comments: Links to this post 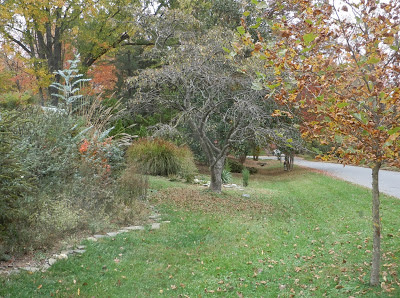 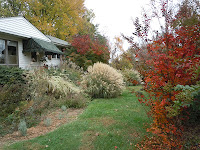 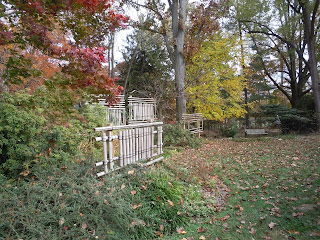 Posted by DJones at 4:04 PM No comments: Links to this post

A fine morning on the Chesapeake

Yesterday I met my friend Greg at his marina in Deale, Maryland, and we fished some of his nearby spots on his 17 foot Boston Whaler. 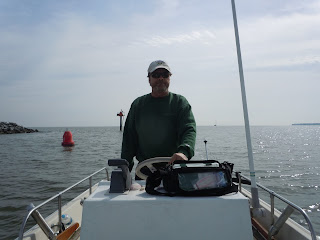 Naturally, he caught more fish, but I was happy with the steady action I was getting using a fly rod.  We were catching undersized rock fish but then got in to some sizable white perch which excited Greg because they're his favorite eating fish.  Even so, he generously gave me all the fish after he did all the fileting: 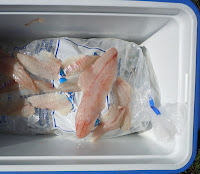 After finishing, we had sandwiches and beer at the local spot between his home and the marina.  Greg is good company and a fine fisherman who understands the benefits of learning the workings of a local environment.

Posted by DJones at 1:31 PM No comments: Links to this post 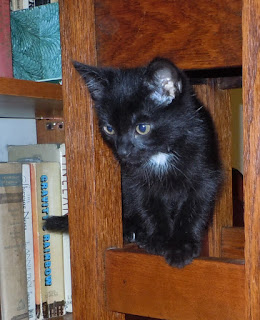 We added him two weeks ago and named him for the late saxophonist from the E Street Band.
Posted by DJones at 12:15 PM No comments: Links to this post

I quoted the late Barry Hannah's words in a post on February 22 of this year, and last Sunday's NY Times contains an article by Oregon writer Aaron Gilbreath which presents a specific example.  Gilbreath explains how he learned concision and economy of style from listening to jazz trumpeter Miles Davis' music from his middle period.  Like most post-WWII jazz musicians, Davis was heavily influenced by the great saxophonist Charlie Parker, but by the late 1950's he had transitioned to a leaner style that "rather than squeezing as many notes and changes into solos as possible, Davis dispensed with clutter and ornamentation and pared his mode of expression down to one defined as much by the notes and phrases he played as by the silences left between them."

Gilbreath goes on to give samples of writing which reflects a similar economy but an economy of words rather than musical notes.  He believes this brevity strengthens the writing by  implying rather than stating directly, thus inviting the reader to speculate which tightens the bond between author and reader.  I'm not familiar with the authors he cites, Abigail Thomas and Tony Earley, but the passages quoted are certainly sparse yet powerful.

He contrasts these minimalists with what he calls maximalists like Hunter S. Thompson and Jack Kerouac, and says that he thinks young readers are particularly drawn to their "flamboyant displays" of prose.  The thought reminded me of the long ago advice of an English professor I mentioned in this blog on July 27, 2011.  This professor recommended reading Thomas Wolfe when we were young because otherwise we wouldn't read him at all.  At the time I thought this was a reference to Wolfe's (who died young) self-centered, arrogant yet vulnerable young protagonists and their point of view, but now I think I think the professor may have meant the extravagance of Wolfe's writing style.  I've sometimes thought that if I tried reading Wolfe again I'd get bogged down by the repetition of his lyrical passages and be thinking, "ok, ok, get on with it."

Gilbreath is dead on in his descriptions of the music of Miles Davis, and I too prefer his style of the late 50's and early 60's as demonstrated on the classic album Kind of Blue which should be issued to every American high school student.  It would strengthen and enrich us as a country if this were done.

Posted by DJones at 12:38 PM No comments: Links to this post 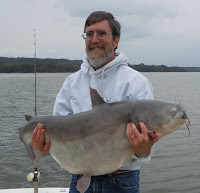 It was this past Sunday.  Negative weather forecasts were at least partially responsible for a lighter than normal turnout from the Moo internet fishing group.  The rain held off until we finished fishing, so we ate and drank in the parking lot in a steady drizzle.  What the hell, we're all outdoor guys so we dealt with it.

For the second year in a row, my friend Tom won.  This year with a 52 pound blue catfish.
Posted by DJones at 8:41 PM 2 comments: Links to this post